Nvidia Shield TV Review: ‘Netflix For Gaming’ It's Not, But Casual Gamers May Buy In 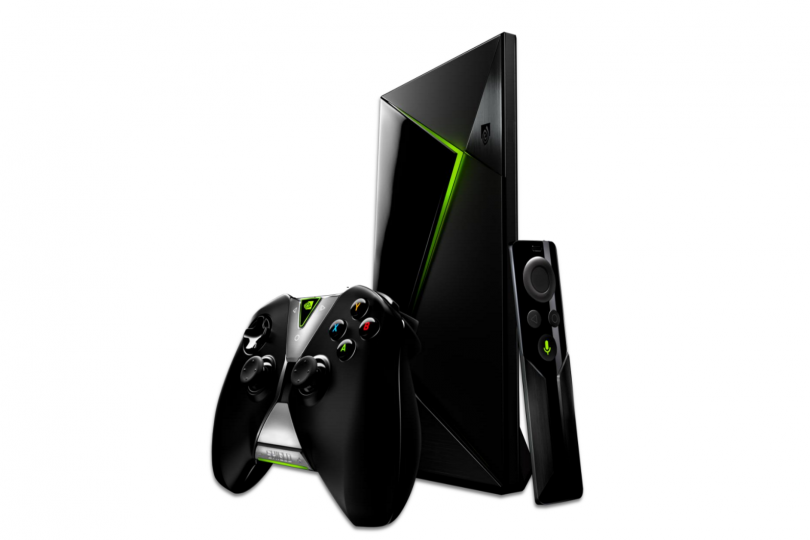 Nvidia Shield TV Review: ‘Netflix For Gaming’ It's Not, But Casual Gamers May Buy In published by Evanvinh
Writer Rating: 5.0000
Posted on 2016-03-09
Writer Description: Evanvinh
This writer has written 733 articles.

Services like Netflix and Amazon Prime Video have changed the way we consume film and TV in a dramatic way, but can the same happen in the video game industry, where hardcore gamers demand the power and triple-A titles offered on PC, Xbox One and PlayStation 4,  and casual gamers are increasingly happy to play on their smartphones and tablets? Nvidia's “Netflix of Gaming” solution is called GeForce Now, but it's vision of the future of gaming may have arrived too soon.

The pitch sounds great. Nvidia GeForce Now is a monthly subscription service that gives customers access to a continuously changing roster of titles, including AAA games in the Batman, Tomb Raider and Lego series for the relatively low price of $8 per month. No longer do you need to spend huge sums on games or consoles, instead you can try out games you may never have played at all as part of your monthly subscription. As the games get better, you won't need to buy a new console as Nvidia's cloud servers are handling all the grunt work.

In reality, while the technical side of the service is excellent, GeForce Now is simply a glimpse of where the future of gaming may lie years from now.

GeForce Now is to date available only on Nvidia’s own range of devices, including the company’s Shield K1 gaming tablet and its Shield portable games console. I tested the service out on Nvidia's new Shield TV, a cross between a console and set-top box, offering you access to games, films, music and TV as well as supporting Google’s Cast API. It allows you to stream content from your tablet, smartphone or laptop to your TV.

Nvidia is playing up the fact that the Shield TV, priced at $200 for the box itself and a controller (an optional remote control is $50 more), is capable of streaming 4K video at 60 frames per second (fps), something the Apple TV or Amazon Fire TV can't do. With a dearth of 4K content available today, it’s not a huge selling point, but it certainly makes the Shield TV future-proof.

When you buy the Shield TV you also get three months subscription to GeForce Now, and for the last month I have been testing out this new service.

Like the overall Shield TV interface, GeForce Now presents a clean and simple UI, with games divided into those you have recently played, featured games and categories like Action, Puzzle etc. Set-up is straightforward but one of the most important aspects of using this service is having a fast and reliable internet connection.

GeForce Now works by leveraging the power of Nvidia’s servers in the cloud to render the games you want to play, and these are then streamed to your Shield device. I have a fiber broadband connection which give me a pretty consistent 40Mbps download speed and 12Mbps upload speeds. Nvidia recommends a 50Mbps connection for 1080p, 60 fps quality.

GeForce Now allows you to connect directly to your home network via an Ethernet cable or by using Wi-Fi. When I connected through Wi-Fi (it supports both 2.4GHz and 5GHz bands) it rated my connection as "fair," suggesting I move closer to the router. But as I didn’t fancy gaming while sitting on the stairs, I stayed where I was.

Despite the warning I had no problems streaming any of the games. They are streamed in Full HD and I found the quality of the images, as well as the responsiveness of the controller, to be pretty flawless. It was a really impressive technical demonstration of Nvidia’s expertise in this area.

But what about the games?

Nvidia has done well to launch its service (which has been running for about four months now) with such an impressive roster of titles, which include games from the Batman: Arkham series, "Devil May Cry," "Borderlands," "Lego," "Homefront" and "Grid," as well as indie titles such as "Stacking" and "The Vanishing of Ethan Carter." The lineup continues to change (just like Netflix) with titles being added and removed. The latest big franchise to join the service is Tomb Raider, but before you get excited it is the 2013 reboot and not the just-released "Rise of the Tomb Raider."

And therein lies the problem. For anyone who is really interested in video games, the list of titles here will likely mimic the collection of discs for the PS4 or Xbox One they already own. Just as it takes a long time for cinema releases to filter their way onto Netflix, AAA titles will take some time to get to GeForce Now.

But, while Netflix has a growing library of original and exclusive content like "House of Cards," GeForce Now has no such carrot to attract gamers. You can buy some of the latest PC games through GeForce Now also and there are a range of Android-based games which have been optimized for Shield which you can also play on the set-top box.

Of course not everyone owns a console or gaming PC but they may be interested in dipping in and out of games now and then. They may not have played any of the games Nvidia is offering and GeForce Now may seem like a viable option — particularly if you get the Shield TV which doubles as a set-top box.

However at $8 per month, it is unclear how many people would continue to pay beyond the initial three-month free trial. You can buy and download newer games on the Shield TV and this could be what casual gamers will do, rather than paying for a monthly subscription.

Nvidia is not the first company to try and make streaming video games work. Back in 2010, Mountain View startup OnLive launched a similar service but by April of last year it was defunct, with Sony gobbling up all the patents.

Indeed, it is Sony which has done the most to get game streaming into the mainstream with PlayStation Now, the result of its acquisition of Japanese streaming service Gaikai in 2012. PS Now allows users to stream old PlayStation 3 games on the new PS4 console. For Sony this is an add-on to its main PlayStation business, and while in the future it may become more mainstream, for now it is a niche service.

Steve Bailey, a senior games analyst with market research company IHS, said that Nvidia’s offering will simply serve to boost Nvidia’s brand as a serious name in the world of gaming, and not provide it with a major revenue stream. “We are a long way off from when video game streaming becomes a viable business,” Bailey told International Business Times.

Nvidia is pitching Shield TV as a TV-first device, with the added benefit of a game streaming service. However, at $199 it is an expensive set-top box with Apple TV priced at $149 (though admittedly without 4K support), while Amazon’s 4K-ready (30fps rather than 60fps) Fire TV is priced at just $99.

The only reason someone is likely to choose the Shield TV over the competition is down to its gaming capabilities, and while they are technically impressive, “Netflix of Gaming” is still some years away from being a compelling proposition.