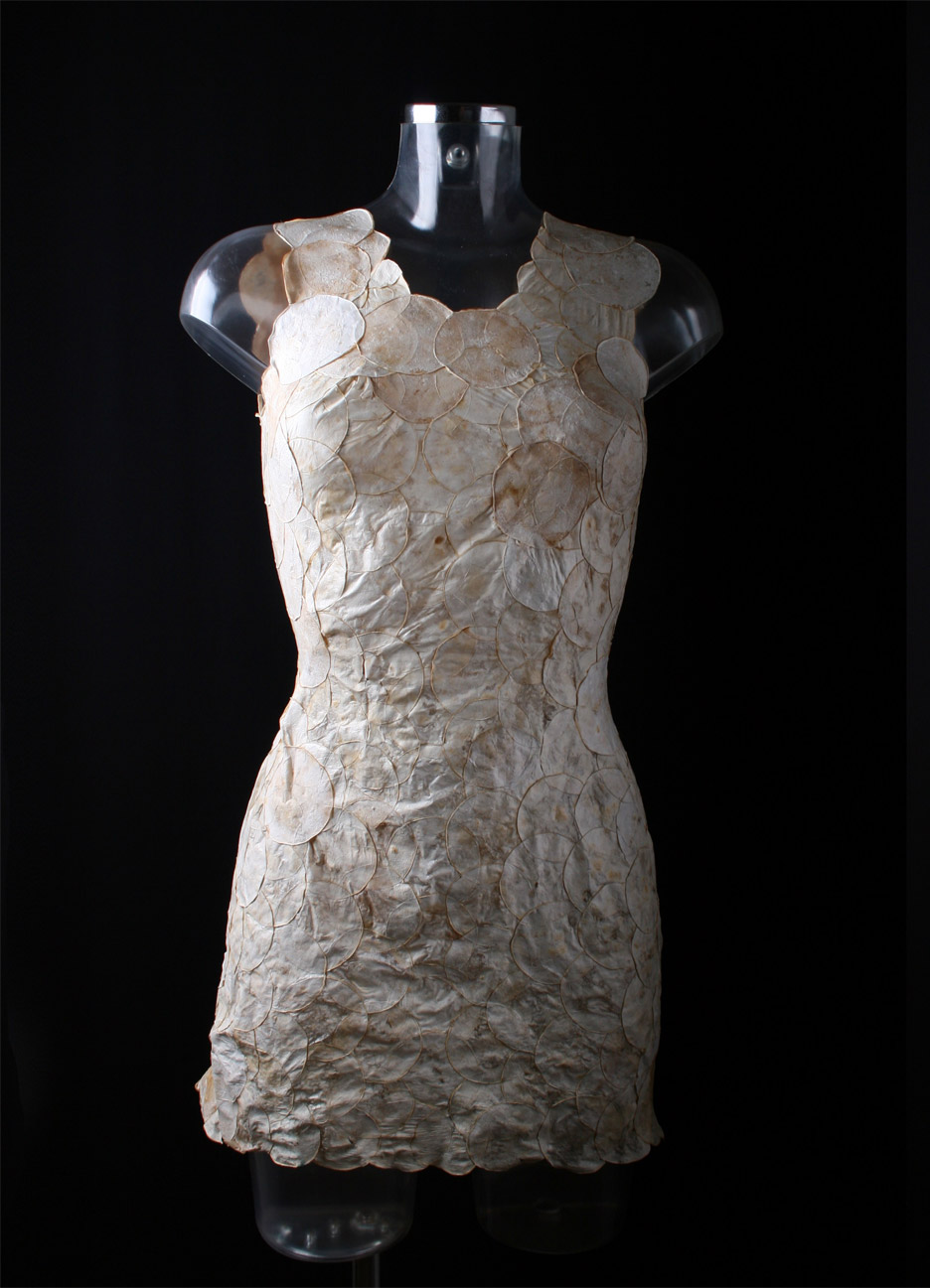 Dutch textile designer Aniela Hoitink has created a dress using disc-shaped pieces ofmushroom mycelium, which she believes will "change the way we use textiles".

Hoitink's initial intention for the experiment was to create a textile out of living product, which could be then be used to make a wearable garment.

"I aim to change the way we use textiles," she said. "By altering or adding properties to textile, we can investigate how we will use textiles in the future and what the related implications will be."Hoitink began by combining textile elements with mycelium – the vegetative part of a mushroom fungus that many designers are turning into a biodegradable material for products and construction. Eric Klarenbeek used it to create a 3D-printed chair, while mycelium bricks were made to form organic tower in the courtyard of New York's MoMA PS1 Gallery.

Hoitink eventually developed a flexible composite product that she named MycoTex, before focusing on creating textiles exclusively with pure mycelium.

She eventually came up with a production method that allowed the material to retain shape and flexibility without using any additional fibres. 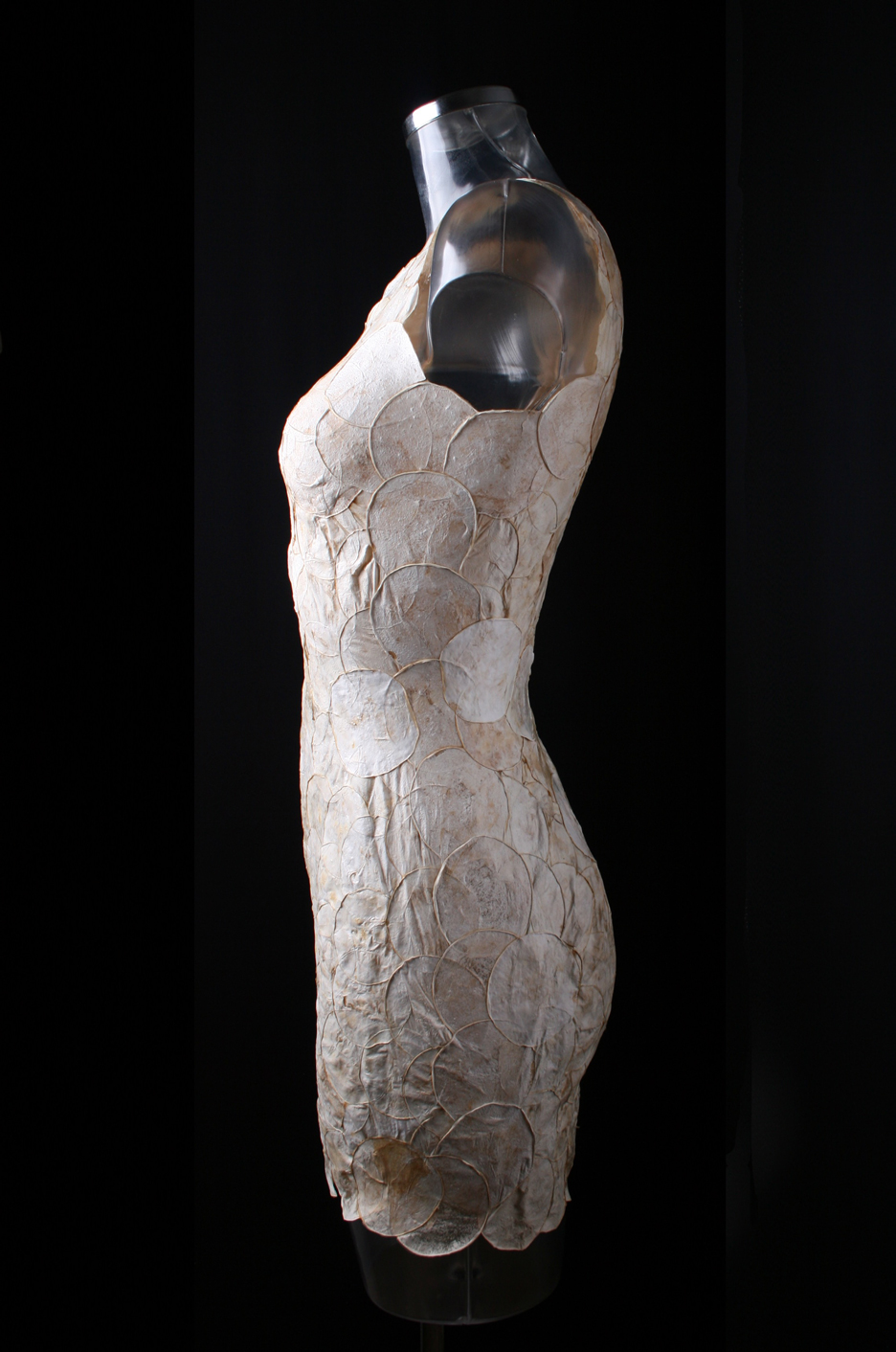 After observing a range of soft-bodied organisms that grow by replicating themselves over and over again, Hoitink decided to build the textile out of modules and moulded these circular pieces around a body form to make the Neffa dress.

"The garment can be built three-dimensionally and shaped whilst being made, fitting the wearer's wishes," said Hoitink. "Thus, it is possible to create mycelium patterns, to adjust the length of the garment or for example to add elements".

"This allows growth of just the right amount of needed material, eliminating every potential leftovers or waste during the making process," she continued.

The modules also allow for easy repair of the garment without interfering with the look of the fabric. The material's biodegradable properties mean it can be composted when no longer needed.

"The world is dynamic, however our textiles are not," Hoitink said. "They have been with us all our lifetime, but they do not seem to have changed much."

"In fact, we actually require them to remain exactly the same for as long as possible," she added. "Nowadays our consumption rate is ever increasing and, as part of such disposable culture, we hardly repair anything," she added. 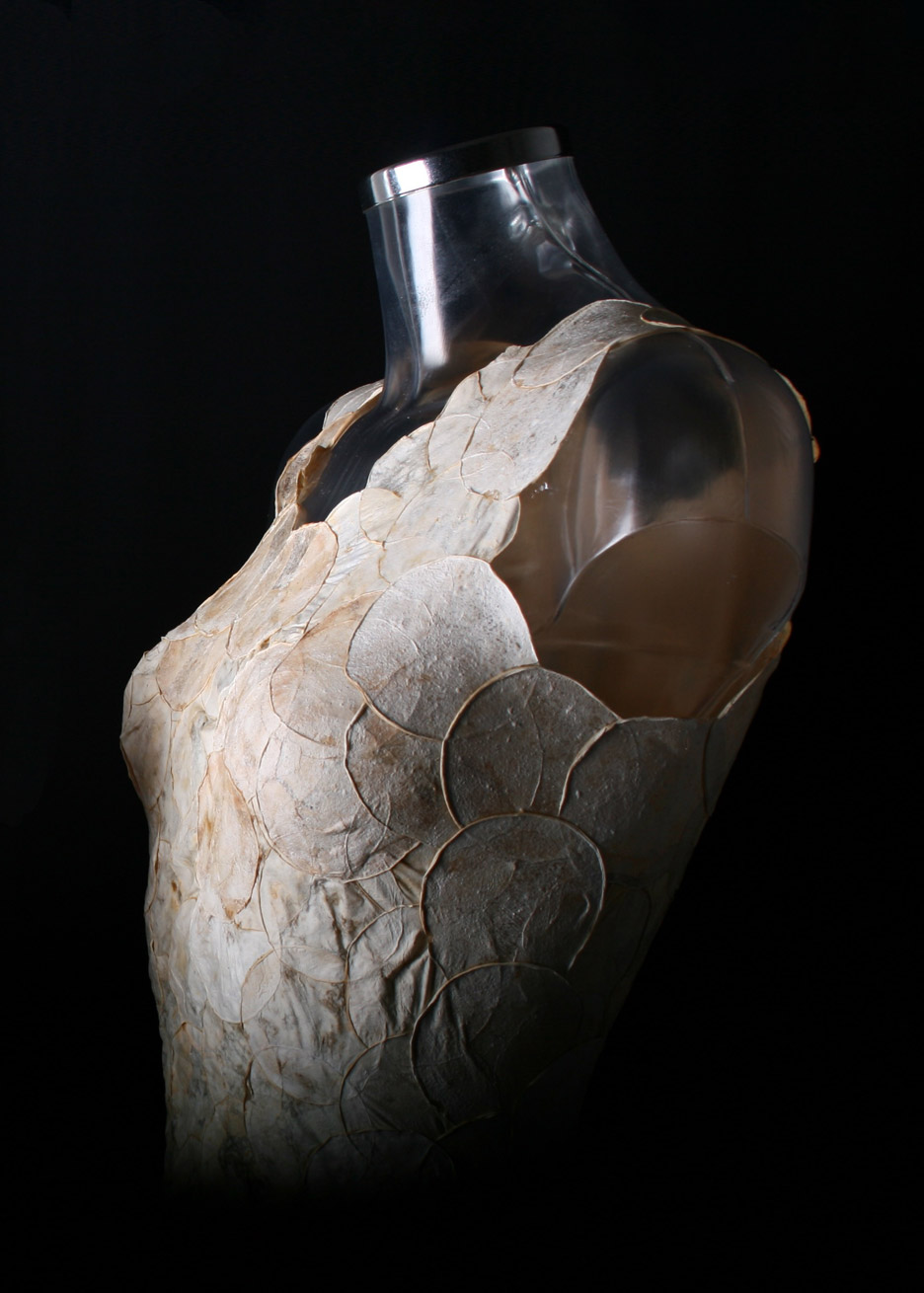 In an interview with Dezeen, Amsterdam designer Maurizio Montalti explained how he believes growing products from fungus could be the start of a "biotechnological revolution".

"I'm pretty confident in saying the next revolution will be the biotechnological revolution," he said. "We are just at the beginning of it, but we are already in full swing."