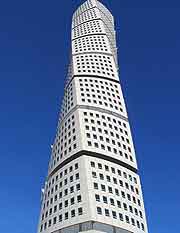 You Can Call This Number If You Want to Talk to a Random Swede published by Evanvinh
Writer Rating: 5.0000
Posted on 2016-04-09
Writer Description: Evanvinh
This writer has written 733 articles.

Sweden's official Twitter handle, @Sweden, has, every week since 2012, been operated not by a social media intern, or a government press officer, but by a random Swede. After some early controversy, Sweden stuck with the practice; this week tweets are being written by a registered nurse.

Recently, the Swedish Tourism Association announced a similar, if slightly more inspired gimmick. A phone number, for anyone in the world to reach a "random Swede," to talk about anything. The number, if you dare, is +46 771 793 336. (International calling rates apply.)

And you really can talk about anything, according to Mashable, with a news release suggesting topics as varied as meatballs and suicide rates.

"In troubled times, many countries try to limit communication between people, but we want to do just the opposite," Magnus Ling, general secretary and CEO of the Swedish Tourist Association, said in a statement. "We are making Sweden the first country in the world with its own phone number and giving our fellow Swedes the opportunity to answer the calls, express themselves and share their views, whatever they might be."

If you're Swedish and want to be one of the answerers, an online sign-up is available. For the rest of us, if you're truly desirous of chatting with a random Swede, maybe wait a few days. When Adweek called, the person on the end of the line was an Associated Press reporter working on a story about the number