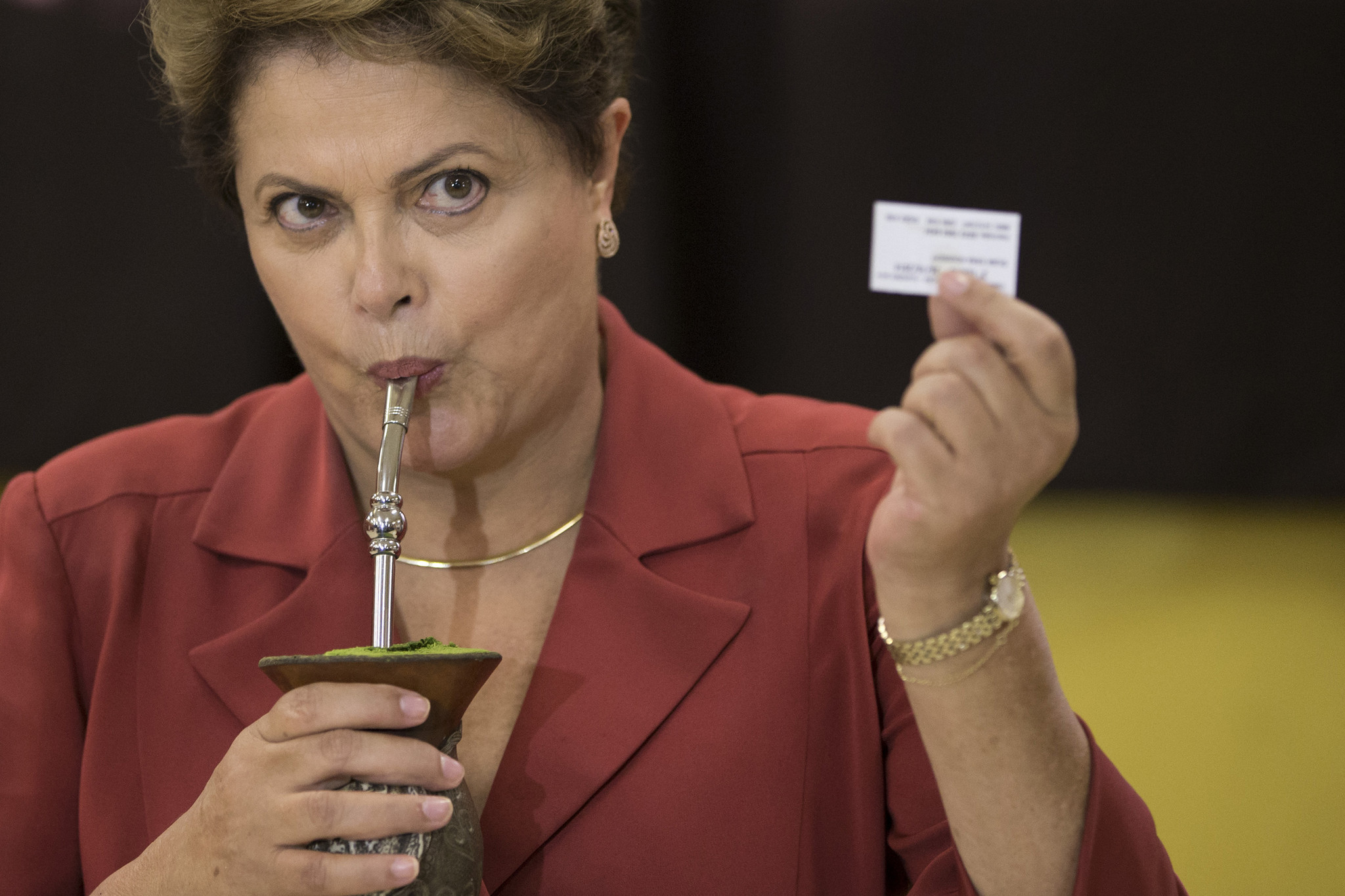 Brazil’s president Dilma Rousseff began a week that could make or break her administration with a bruising defeat in a Congressional impeachment committee.After a bad-natured and at times chaotic debate, the members on the committee voted 38 to 27 to proceed with a motion to remove the Workers’ party leader from office for puffing up government accounts before the 2014 election.

Their decision sets the stage for a full vote of the lower house - most likely this weekend - on whether to approve the country’s first presidential impeachment.

Rousseff’s supporters – who claim the impeachment drive represents a coup – will take consolation from their share of votes on the committee. If repeated in the plenary, their opponents will fail to secure the two-thirds majority needed for the motion to advance to the Senate.

But much can happen in the next six days in a political tussle that has more plot twists and political drama than than a series of House of Cards.

The latest surprise was a leaked speech by vice president, Michel Temer that appeared to show him preparing to move into the president’s palace and establish a government of national unity and salvation.

Temer told reporters the audio message was intended for a politician close to him who had asked if he was prepared to govern in the case that Rousseff were to be impeached. He said the message was mistakenly sent to the wrong group on text messaging service WhatsApp. Workers’s Party officials accused him of betraying his running mate.

This raised the already high political temperature in Brasilia, where demonstrators have already begun gathering outside Congress. Public security officials expect pro- and anti-impeachment rallies to attract hundreds of thousands by the time of the plenary vote. To prevent violent clashes, thousands of troops will be deployed alongside the police and barricades have been erected on the main esplanade to separate the two sides.

Apart from occasional scuffles, most of the tension has so far been released in Congress and public statements. Rousseff’s supporters have put up a spirited fight. Attorney general José Eduardo Cardozo, condemned what he called a “flawed” process.It is absurd to dismiss a president who has not committed crimes, nor stolen a penny,” he said. “Such a process without crime or fraud would be a coup.” But he and other allies were overwhelmed in the televised committee meeting.

Antônio Imbassahy said his opposition Social Democratic party votes for impeachment “because it understands that Brazil does not deserve to be governed by a president who has committed crimes of responsibility in a conscious and continuous way, who lied to the Brazilian people, who defrauded the elections, who violated democracy, who destroyed the economy”, he said. “The final judgement is ahead. The votes will be registered in history. And history does not forgive.”

The committee defeat was expected. Since the biggest party in Congress – the Brazil Democratic Movement party (PMDB) – declared it would abandon the ruling coalition last month, Rousseff has effectively been leading a minority government.

The president is also on the ropes as a result of economic recession, corruption scandals and plots by the PMDB and other parties to seize power.

But Rousseff, who has more than two years of her mandate left to run, is far from being knocked out.

Her opponents are not assured of the two-thirds of the 513 seats they need in the lower house. Even if they get this level of support, impeachment will also have to be approved twice by the Senate – first by a simple majority, then by two-thirds – before it is finalised. The government can also challenge the process in the supreme court.Public opinion is another factor. Despite her own dismal approval ratings, which hover around the 10% mark, most of Rousseff’s rivals are even more despised and are accused of equal or greater wrongdoing.

The impeachment process has been spearheaded by lower house Speaker Eduardo Cunha, a PMDB leader who is accused of taking more than $5m (£3.5m) in kickbacks from state-run oil company Petrobras and lying to Congress about secret bank accounts in Switzerland.

Rousseff’s most likely replacement is Temer, also of the PMDB, who also faces impeachment proceedingsbecause he signed off on the same policies as the president. More than half of the 65-member impeachment committee are also charged with bribery or other crimes.

Compared with these accusations, the penalty for the president’s alleged wrongdoing is of questionable proportionality. Her administration was not the first to temporarily window-dress government finances, but none of her predecessor faced repercussions of this severity. The Workers’ party claims this represents a “coup”. This accusation was echoed by former president Luiz Inacio Lula da Silva, musician Chico Buarques and other artists on Monday night at a rally of several thousand anti-impeachment supporters under the Lapa arches in Rio de Janeiro.

Many of those who dislike the ruling party do not use this term, but they are uncomfortable about the threat to democracy posed by the removal of an elected president on such flimsy grounds.

Overall, support for impeachment remains high, but appears to be ebbing. A Datafolha poll at the weekend, showed 61% of respondents favoured Rousseff’s removal, down from 68% in March.

The last president to come so close to impeachment was Fernando Collor de Mello who resigned in 1992 on the eve of his conviction by the Senate.