Why this market rally looks like a classic investor trap 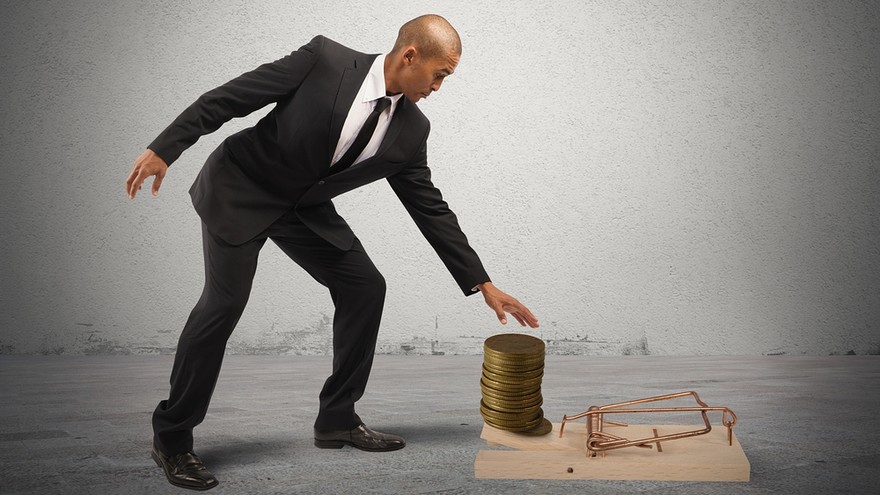 Why this market rally looks like a classic investor trap published by Evanvinh
Writer Rating: 5.0000
Posted on 2016-04-14
Writer Description: Evanvinh
This writer has written 733 articles.

The U.S. stock market’s rally from its dismal start to the year appears to be a classic investor trap.

Many investors have the tendency to jump in a bit too early on first signs of improvement in economic indicators or positive news. But the markets are primed to trap the solvent investors and fool the most rational among us.Nowadays, in a world of high-frequency trading and speculative derivatives, it is hard for even the most experienced investors to stay rational, let alone be clear on whether to buy or hold or sell. This is why so many experts on Wall Street are giving so much conflicting advice. Current forecasting science and predictive models are not yet developed enough to time the market for the next month or quarter.

What is clear is that even though stock markets have not been hit as expected, it is not safe to jump all-in. At the International Institute of Management, our stock-market predictive model flashed a red alert in the second-quarter of 2015, indicating a double-digit decline. If current central bank policies and financial market trends continue, we could see a severe market correction either in 2016 or 2017.

This year investors have worried about China, oil prices, terrorism, Brexit, and the outcome of the U.S. presidential election, but few are paying enough attention tocurrency and derivative risks.

The Federal Reserve’s interest rate decision-model places more weight on inflationthan financial market risks. Fed Chairwoman Janet Yellen was wrong not to raise rates in 2013 to brake high-risk consumer and corporate debt and the stock market bubble. On the other hand she was right not to raise interest rates this March, as this reduced the risk of an international currency crisis, even if that was not the main goal.

This scenario could happen quickly, with lasting impact. The global foreign-exchange market dwarfs the stock and bond markets. Forex trades more than $5 trillion a day. More than 80% of this volume is generated by currency speculators who can swoop in and rapidly capitalize on misdirected policies.

This is what happened in 1997 with the Asian financial crisis and could happen again. High-risk countries are the ones burdened with excessive debt, high net-external debt, and lower interest rates compared to other countries.

U.S. is not immune

But what if the Fed decides to cut interest rates instead? Then the risk of intensifying currency wars increases in order to compete for international exports. In price wars, be it oil or currency, the parties involved lose the most.

Central banks now are caught between a bad choice and a worse one. If the timing and the size of their actions are not properly calibrated and synchronized, you can expect havoc in the global financial markets.

To be sure, the U.S. dollar DXY, +0.19%  is strong and the U.S. economy is growing. But in a global economy, no country — even the U.S. — is immune from its trading partners. In a trade war, it will not take long before the U.S. financial markets are negatively impacted. The majority of the S&P 500 SPX, +0.02%  companies generate substantial export revenues; accordingly, U.S. stocks and the economy cannot escape a hit for long.The International Institute of Management’s forecasting model showed that fewer than 20% of publicly listed companies on major U.S. stock exchanges grew sales and profits in 2015 over 2014, while the rest stagnated — i.e. sales or profits were flat or declining. Large-cap companies fared better than mid- and small-caps. But if large companies cannot find a way to grow, some market sectors could decline by 20% or more this year or in 2017 from their highs. Yet in this recent market rally, many investors see good economic data, more supportive central banks, and believe they are buying a dip.

Moreover, U.S. consumer and corporate debt, debt derivatives, currency, and the European Union pose real threats to investors. About $10 trillion of corporate debt in the U.S. alone is due over the next five years, and about 30% of this total is high-risk. Risky debt of $3 trillion can impact the U.S. financial markets, whether the Fed or the banks want to admit it or not.

Add to that the derivative markets and you get a completely different picture. To put the risk in perspective, the size of the global stock markets is estimated at $30 trillion to $40 trillion, of which about $20 trillion reflects the U.S. stock market.

Unlike standard loans and stock investments that actually help grow an economy, derivatives are a zero-sum game. It is exactly like playing in a casino, one must lose for someone else to win. Derivatives are a wealth-transfer tool from the uninformed, unsuspecting investor, saver, or retiree to informed market insiders. So, even if banks can avoid losses on derivative bets, investors still get hit.

Derivatives explain why so many Americans lost value in their homes, retirement accounts, and life savings after the 2008-09 crash. The news media reported that more than $5 trillion disappeared from the market in that downturn. But the money did not just disappear — that would be against the law of physics. It only got transferred from the masses to the few. If this happens again, extreme civic unrest could damage global financial markets for a long time. When the potential damage can be so large, some regulation is needed to protect Main Street from the massive gambling instruments of Wall Street.

Yet central banks and mainstream economists tell investors and businesses not to worry and go ahead with investing and spending, while central banks do what they can to support economies and markets.

Except that central banks have reached a limit. If conditions remain the same, annualized stock returns for most investors will be in single-digits at best, and more likely in negative double-digits. Investors would be wise to take measures now to preserve capital rather than invest aggressively at every market dip.