A gaming mouse is a luxury I don't need, but I still want one 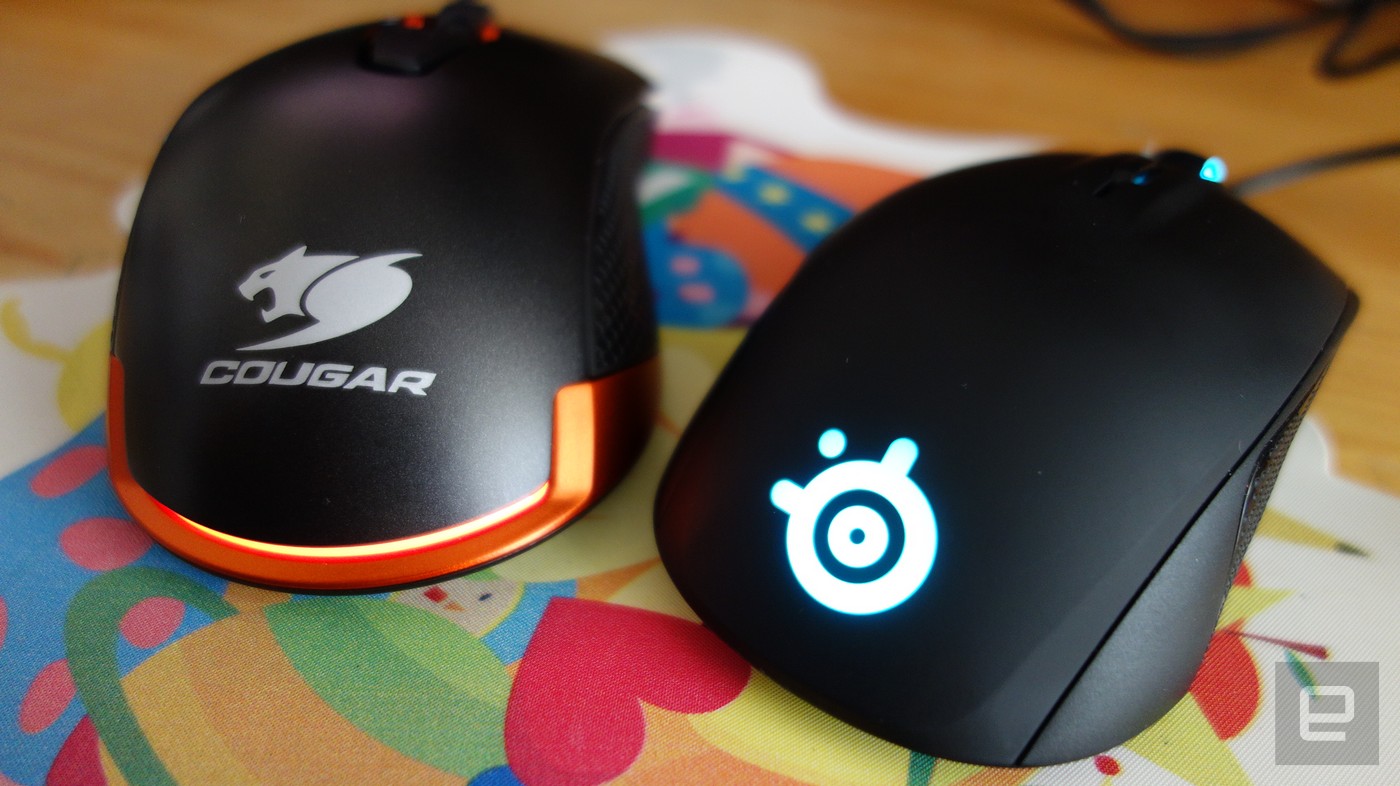 A gaming mouse is a luxury I don't need, but I still want one published by Evanvinh
Writer Rating: 5.0000
Posted on 2016-04-17
Writer Description: Evanvinh
This writer has written 733 articles.

The Cougar 550M and SteelSeries Rival 100 offer more features than I'll ever use, but they're nice to have.

A while ago I assembled a list of eight gaming mice worth buying. They ran the gamut in terms of design, customization and, of course, price. Though all of these mice are still available and I'd gladly recommend any of them, quite a few contenders for the crown have made their debut since I published my roundup. For the past few months I've been using the Cougar M550 and the SteelSeries Rival 100 and, while both have a lot to offer hardcore gamers, a "filthy casual" like me also found plenty to like.Right out of the box the Cougar 550M is a real behemoth, easily filling my palm and extending past my fingertips. The nice thing is that my hand doesn't need to reach across the whole thing to activate the buttons, as the clickable surface extends about 2 inches back. This definitely helped keep any hand strain at bay, as I barely had to move my fingers to do anything. Of course, this worked best during more lackadaisical activities like web browsing and point-and-click games.In addition to its size, the 550M is also pretty aggressive in appearance. Its curves evoke more speed than grace, and the prongs at the front remind me of a predator's claws, as befitting the Cougar name. The scroll wheel is treaded like a tire, and in the center of the mouse is a large button for changing the DPI on the fly. Unlike the right and left buttons, this requires a bit of a forceful push, which is good because you don't want to hit it accidentally in the middle of a match. The one thing I definitely loved was the thick braided USB cord. Sure, it adds to the overall bulk of the mouse, but I appreciated its durability. Plus, it just feels good to the touch.

The SteelSeries Rival 100 seems almost dainty in comparison, with a softer shape that fits comfortably in my hand. But it's no delicate flower, either. It's a solid little puck, with a smooth matte black surface broken only by the glowing SteelSeries logo. The Rival 100 shares the same general button arrangement as the 550M: the standard assortment of left and right buttons split by a clickable scroll wheel, plus two buttons on the left side of the mouse and a central button for adjusting DPI. The Rival 100's DPI button is far more modest than that of the 550M: The latter is the size of my index finger, while the former is just a sliver.Both mice work just fine out of the box, but to get the most out of either you'll want to download their respective drivers from Cougar and SteelSeries' websites. In some cases, this might even be necessary: An older Toshiba laptop running Windows 10 decided it didn't want to play nice with the 550M, putting the pointer everywhere but where I needed it to be. Once I downloaded the driver and restarted the computer, everything was peachy.

The Cougar UIX and SteelSeries Engine 3 software essentially offer the same customization features. You can choose the function of each button on the mouse, select multiple DPI settings and pick the color of the lighting. I admittedly spent a little too much time playing with the lighting settings on both, partly because it's easy but mostly because the LEDs are pretty. The 550M also allows you to set the front- and back-lighting elements differently. However, while I chose a nice turquoise for the Rival 100, I ended up going back to the default orange-red for the 550M; the swoop of shiny tangerine-colored plastic at the back of the mouse enhanced warmer shades but made cooler shades of blue and purple feel incidental, weak.The default settings for the DPI on both mice are adequate, but if you're feeling crazy you can always crank up the 550M as high as 6,000 and the Rival to 4,000. But that's only if you don't mind your pointer skittering all the way across the screen because you breathed a little too hard on the mouse. High DPI sounds impressive but it's a lot like a camera's megapixel count: After a certain point, things don't noticeably improve and can even get worse. In my case, the DPI was jacked high enough that I had trouble even getting the pointer back on the slider to change it to something more manageable. I eventually stuck with around 1,000 for browsing and 1,600 for gaming, because a mouse is like a race car: I want to go fast, but I still need to be able to slow down enough to make turns.

Button assignment is where the Cougar and SteelSeries UI differ the most, and there's no clear winner. In terms of ease-of-use and visual panache, I preferred Cougar's solution, which gives you a diagram of the mouse and lets you drop and drag functions onto each button. The problem is that you're limited to the functions that Cougar gives you in the menu, which include basic mouse functions like right-click and left-click, media buttons like play and pause, and some gamer-specific functions like a sniper DPI button. What isn't included is a way to map buttons to specific keys on the keyboard -- which is all I really wanted! Instead, you have to resort to programming macros, which isn't exactly intuitive in the Cougar UIX. The difference in accessibility here is like going from an introductory college course straight to graduate school. It's not completely indecipherable, butcome on. 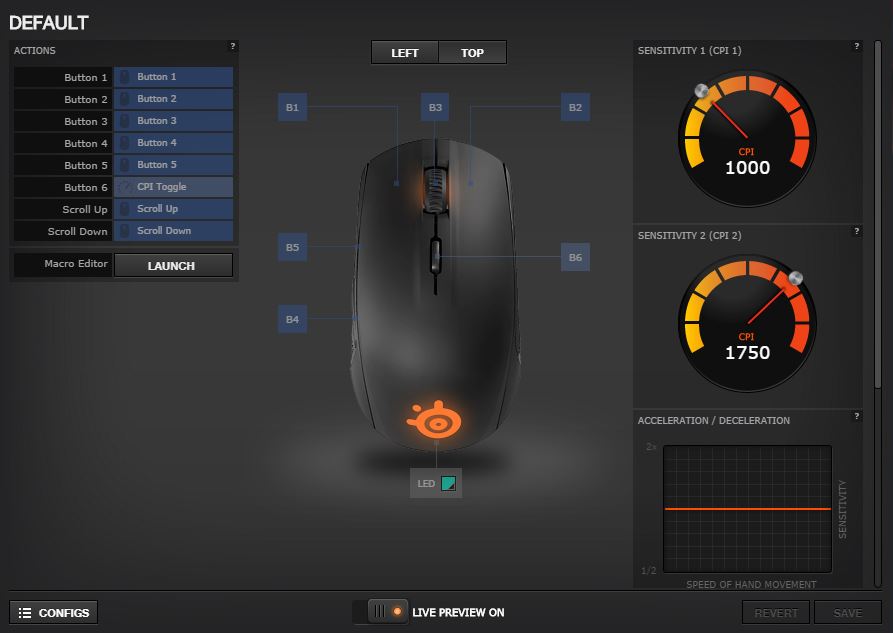 SteelSeries Engine 3 is a little more opaque in its button-assignment process. You get a diagram of the mouse and can click on each button to change its assignment, selecting from a series of drop-down menus. It's not exactly the easiest to navigate, but there's good reason for that: It includes every key on the keyboard. It took a little hunting to find the "space" key but I reassigned the click wheel for Papers, Please so I could toggle inspect mode just a little bit faster. The things I do to make my bureaucratic duties just a little bit easier.

I used both mice on and off for both gaming and daily use. The SteelSeries has been a delight for browsing: I like the way it feels in my hand, and the side buttons feel nice under my thumb as well as being useful for going back and forth on the web. The Cougar is a different matter. While I initially liked the feel of it, it eventually felt just a little too big for long-term use. Even switching to it for a few minutes causes something in my brain to wig out; it's too big, it's the wrong shape, it just doesn't feel right. Even now, I'm using it while I write this post and I feel a general sense of unease every time I need to move the mouse. 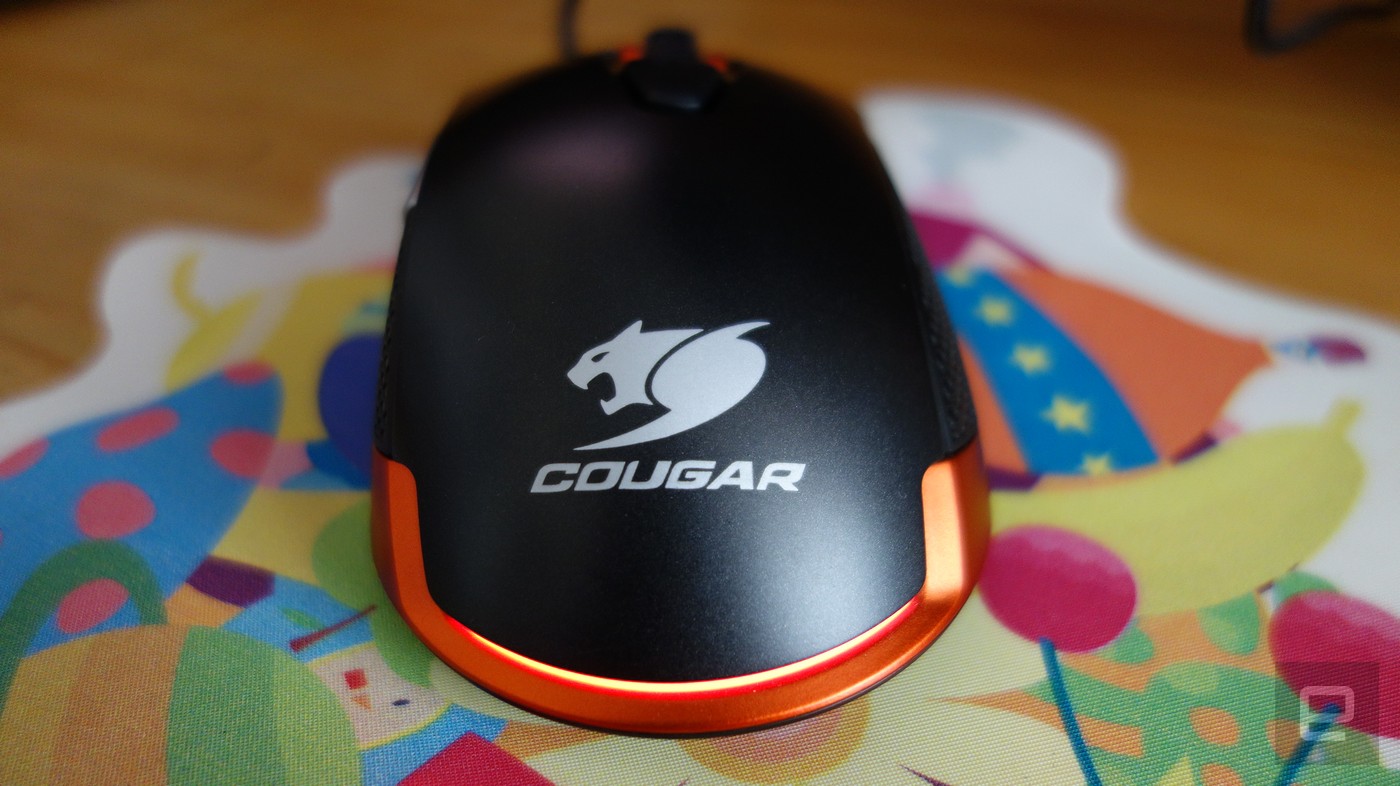 It's a different matter when I was gaming with the 550M. I tried some rounds of Dungeon Defenders 2 with it and everything went rather swimmingly. With the mouse, anyway. I was able to to aim my wizard's staff and place weaponry just fine, with my biggest problem being that I'm not great at the game. But the Cougar was smooth and responsive and the size just didn't bother me as much because I was constantly moving my right hand around while my left was busy hammering away at the keyboard. If only it was easier to reassign some of those keys to the mouse!

I switched to the Rival 100 for Papers, Please. It might not be an action game, but it can still get pretty intense, and there's a lot of mouse work in it. In a way it's kind of similar to my everyday workflow -- bouncing between windows, constantly having to look stuff up -- there's just far less fingerprinting and invasive searches at Engadget. The keyboard action is limited to two toggle functions, so it was nice to be able to just dump those functions on the mouse and not have to program a macro to do it. 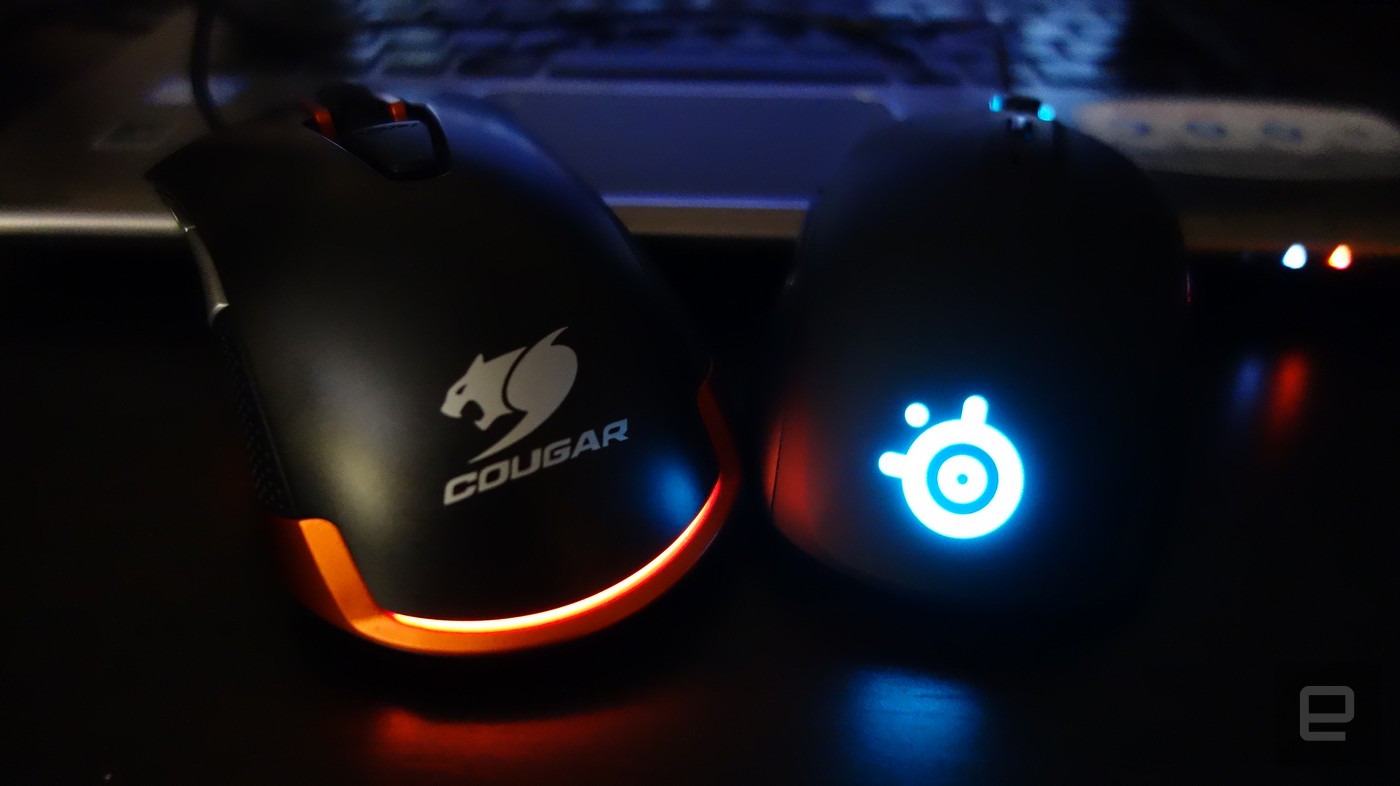 For most gamers, programming macros isn't a big deal. And they're kind of necessary when you're juggling all sorts of melee weapon attacks and spells and healing potions and you need to get these things done quickly in the heat of battle. But all a lot of people might want to do is change a button or two. And while the Cougar UIX wins on simplicity, it's SteelSeries that gave me the flexibility I needed, as well as making a mouse that's just more comfortable in my dainty casual-gamer hands.