Bull market? Bah, humbug! This chart shows why it’s over 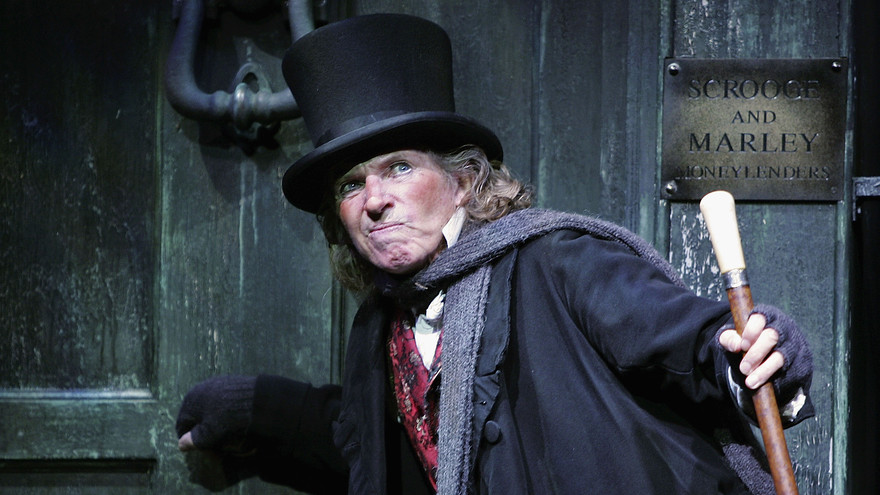 The S&P is looking festive as we head into Christmas, after getting back into the green for the year yesterday.

We’re “still in a bull market until proven otherwise,” right? That wording is from Venky Srinivasan over at See It Market.

Well, not exactly. Srinivasan frets about the market’s bad breadth, and that’s also one of the worries for Clarity Financial’s Lance Roberts and many other market watchers.

A graphic from Josh Brown over at The Reformed Broker illustrates this fear quite well. He calls it his “chart of the year,” and it’s reproduced below. “If you own the S&P 500, you were bailed out by a handful of giant companies that masked the pain beneath the surface,” Brown writes.

Meanwhile, in our call of the day, an analyst makes the case for small-cap foreign stocks, as well as for global bonds — the area where Americans are “most underinvested.”

The chart
The Reformed Broker
The stock market’s narrowing leadership is “not great for sentiment,” Brown writes. “What usually follows next is the growing hordes of laggard stocks continues to grow as, one by one, the leaders succumb and fall,” he adds cheerily.

Others are highlighting how the FANG stocks have soared in 2015 ...

... or they’re saying they have stayed away lately and bet on other stocks:

Key market gauges
S&P US:ESH6  and Dow US:YMH6 futures are flat or slightly higher, as the stock market SPX, +0.65%  tries to to stretch its winning streak to four straight days. The U.S. oil benchmark US:CLG6  and Brent UK:LCOG6  are both up. The stock markets in Europe SXXP, +0.41% open on Christmas Eve were mixed, while Asia closed mixed as Chinese shares dropped. Gold US:GCG6  is higher, helped by the dollar’s DXY, +0.08% retreat.

The buzz
Traders will cut out early today, with the NYSE and Nasdaq both slated to close at 1 p.m. Eastern Time. An industry group recommends that U.S. bond markets wrap things up at 2 p.m., while futures trading will end even sooner than that. European markets have closed early, too, or didn’t even bother to open today.

Check out: When do markets close for Christmas?

And see: When are European markets closed for Christmas?

SunEdison SUNE, -7.03%  is up in premarket action following news about a new credit facility.

In other news from late yesterday, Salesforce CRM, +1.26%  plans to buy SteelBrick Inc.

The stat
Getty Images
85 days. That’s the tally of trading days where both the S&P 500 and WTI crude (most-active contract) closed lower this year, according to Dow Jones data. If those both close down on one more day in 2015, it’ll set a record for a single year — at least since 1984, the period covered by the data. This stat gives a sense of how much oil’s slump in 2015 has weighed on stocks.

The call
Frustrated with how overseas stocks fared in 2015? Peter Lazaroff, director of investment research at Plancorp, blames the strong dollar for the most part. He urges investors not to give up on foreign stocks and recommends buying the iShares MSCI EAFE Small-Cap ETF SCZ, +0.84% for the new year. EAFE stands for Europe, Australasia and the Far East.

“International small cap companies tend to have a greater proportion of their sales generated domestically, which [delivers] a purer form of diversification across countries,” says Lazaroff, who has blogged about allocating to non-U.S. stocks for the CFA Institute.

In an email to MarketWatch, Lazaroff says he also likes the iShares International Aggregate Bond ETF IAGG, +0.01% for 2016, noting that global fixed income is “the biggest investable asset class, yet it seems to be the place U.S. investors are most underinvested.” And he recommends the JPMorgan Alerian MLP ETN AMJ, +2.80%  , which tracks an index of energy-related master limited partnership. Lazaroff says investors have been fleeing MLPs “in response to poor performance without an understanding of the underlying fundamentals that drive MLP returns and volatility.”

Most of this week’s data arrived yesterday, but weekly jobless claims hit before the open and came in at 267,000 claims, below forecasts.

“We want to show that Greece can get back on its feet again; that it has the power and people to do so, and that the economy here can recover.” —Aris A. Pallas, head architect for a new Colossus of Rhodes that’s in the works, quoted in today’s Times of London.

How bad has it been for Greece? A tweet this morning has an answer for that: