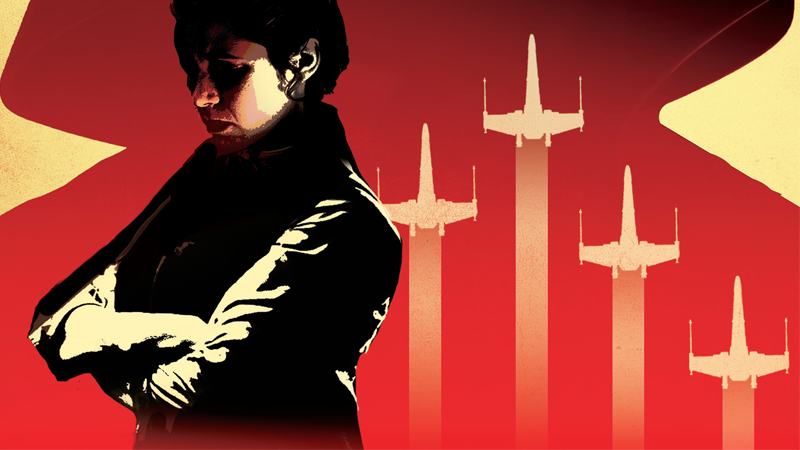 Even with all the books and comics out there right now, Disney’s new Star Warscanon is still in its earliest days, especially when it comes to the time period betweenReturn of the Jedi and The Force Awakens

A warning going in: there are major spoilers for the events of Bloodline below. The book is well worth checking out for fans of Leia, so if you want to do so, turn back now before it’s too late! 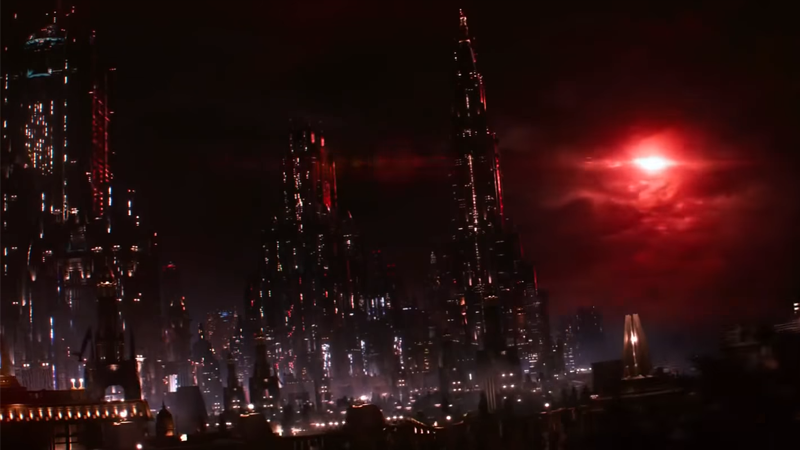 The Republic is divided and faltering

Star Wars really has it in for its Republics, apparently. Beginning nearly two decades after Return of the Jedi, Bloodline sees the New Republic Senate is almost as incapable of action as its Pre-Empire predecessor, despite being under the initial leadership of Mon Mothma (Mothma has since stepped down as Chancellor due to illness)

By this point, the Senate has been almost evenly split into two factions: Populists, who believe power in the Republic should be evenly spread across member planets, and Centrists, who instead want the governing of the Republic to be centralized in a single location (as well as a return of the stronger fleet Mon Mothma’s golden age diminished). The divide has left the Senate’s efficiency severely blunted, with motions and rulings struggling to pass in the deadlocked state of affairs. This inefficiency and infighting plagues Leia throughout the novel, and forms the basis of her growing distaste 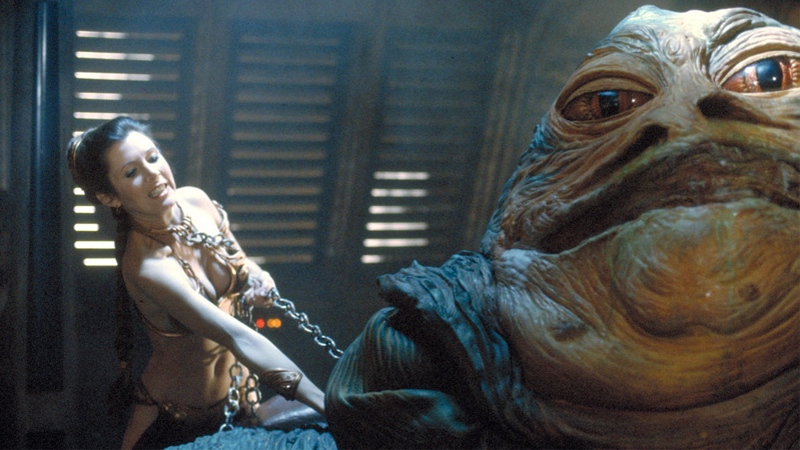 Leia has a pretty badass nickname

At one point in the book, Leia discovers that there was recorded evidence of her killing Jabba the Hutt—a task which has earned her the impressive title of “The Huttslayer” among the alien race called the Nikto. It’s an interesting tidbit not just for the positive recognition it nets Leia, but also because of events in our own world.

Late last year controversy broke out when a rumor

even from Carrie Fisher herself 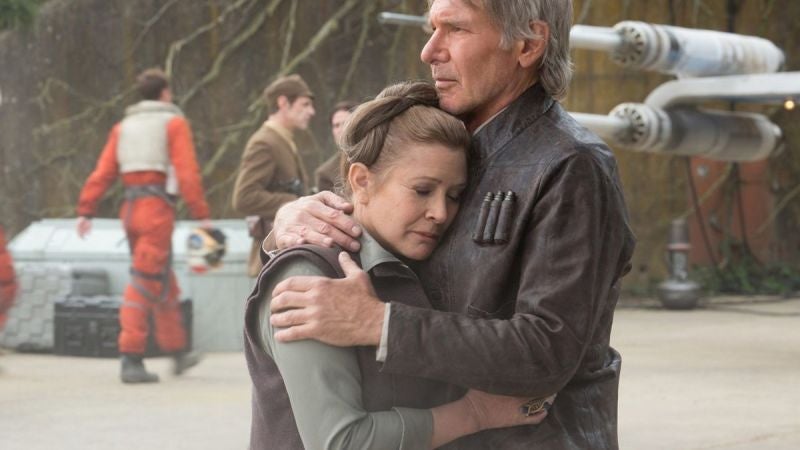 Han and Leia had a long-distance relationship

What Bloodline tells us instead is that Leia and Han mostly live amicably apart. Early on in their marriage they discovered that their lives were too different to be living together, so outside of visits and travel stints, Leia would continue her work in the Senate while Han jetted off... becoming a starship racer, apparently. Meanwhile, following the liberation of Kashyyyk, Chewbacca retired to his home planet, but keeps regularly in touch with both Han and Leia. 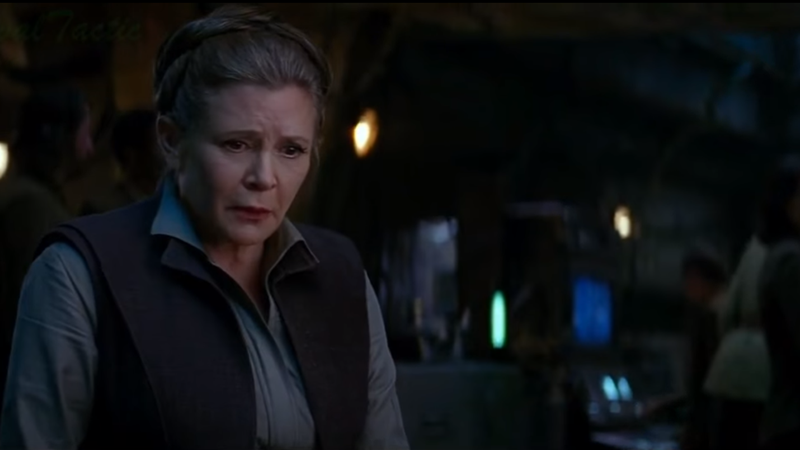 Leia doesn’t become a Jedi for a reason

By the time of Bloodline, it’s widely known that Leia and Luke are siblings—and that Leia, like her brother, is very strong in the Force. At one point in the novel it’s asked of her why she didn’t join Luke in his quest to re-establish the Jedi and become a Knight herself (something she did in the old expanded universe). Leia simply states that her life is devoted to politics rather than the Jedi way, but it’s clear that she has significant power, something we get glimpses of in The Force Awakens when Leia feels the death of Han through the Force. 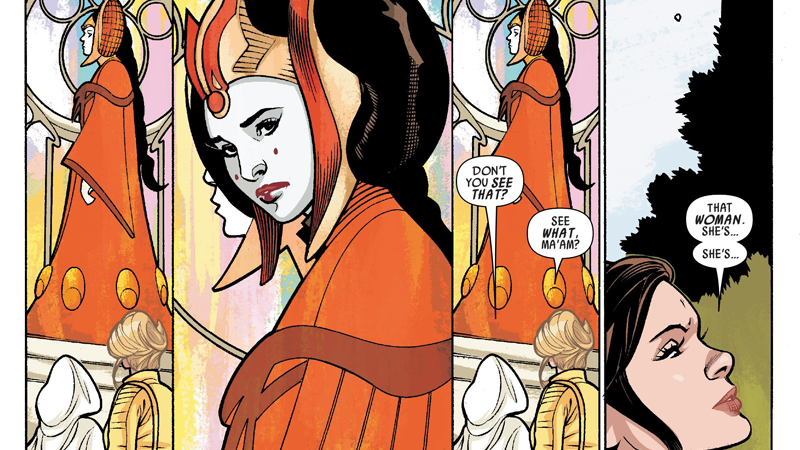 Luke and Leia know who their real mother is...

Disney’s new canon has done little to tie in elements of this later period of Star Warsevents to the prequels, but Bloodline does so with the revelation that the Skywalker twins are now aware of their true parentage as the children of Padmé Amidala.

Leia is particularly inspired by her birth mother and her work as a Senator (although Breha Organa, her adopted mother, is close to her heart and mentioned several times), having researched her life story in the wake of discovering the link between herself and Padmé. Although it’s not well known beyond Luke and Leia, certain circles of the Senate and Leia’s closest friends know about her history. 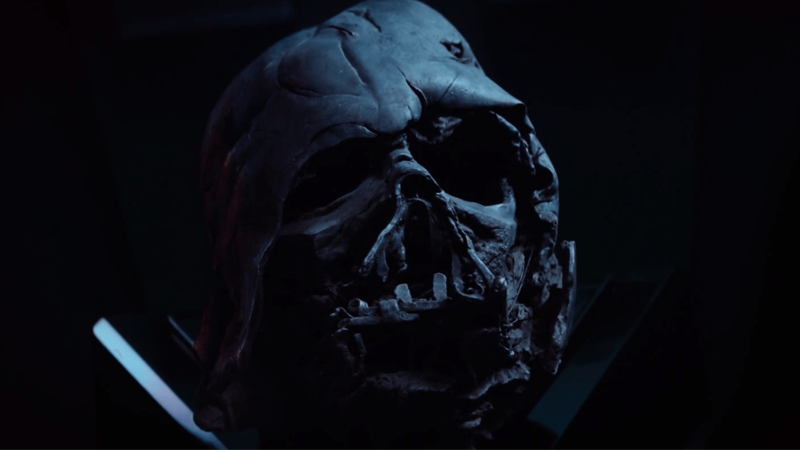 ...but then everyone finds out about their father

And I don’t mean Anakin Skywalker. Late on in the books, a Centrist senator shocks Leia and the Senate to the core by publicly revealing that Leia is the daughter of Darth Vader (Anakin’s fall to the Dark Side is not yet widely known). It immediately has huge consequences both on a professional and personal level for Leia.

Firstly, her fellow Senators instantly distrust her, her support and good standing crumbling almost entirely after years of work, her reputation greatly tarnished. Secondly—and this is the huge thing—Leia hadn’t told her son yet. Throughout the book Leia expresses concern over Ben’s fledgling capacity to potentially do bad things with his power as one of the reasons she and Han have kept his grandfather’s legacy from him, except now the secret is out to the galaxy.

Leia leaves a teary-eyed holomessage for Ben that finally reveals the truth, but it’s not known if he receives it—either way, this betrayal of trust is likely to be one of the driving factors that pushes the young Jedi towards his dark destiny. 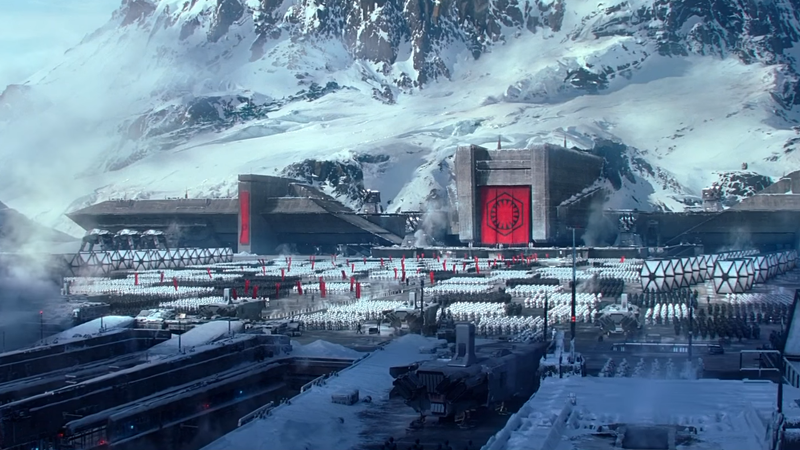 The rise of the First Order and the Resistance

Leia’s lowest point following her revealing as the daughter of Vader also sees the First Order’s creation finally come to pass—or at least, the final stages of its true formation.

Other books, and indeed Bloodline at times, have hinted about former Imperial loyalists fading into the shadows after the Imperial remnant officially signed the Galactic Concordance after their defeat at Jakku. Bloodline frequently notes reports of former Imperial fleets vanishing off monitor systems, as the Imperials consolidate their military in the farthest reaches of the galaxy. But Bloodline sees a major crippling of the New Republic as a bulk of the Centrists led by one of Leia’s political rivals reveal plans for a secession from the Republic to form a government with the Imperial loyalists, combining their planetary armies and finances with the hidden (and growing) Imperial fleets into the First Order.

Just as quickly as the final form of the First Order is revealed, however, the seeds of the Resistance are in place by the end of the books—largely driven by the Republic’s own inability act in the wake of the secession, but also by the fact Leia no longer has allies among the senate. This leads Leia to retire and essentially get the band back together, recruiting allies like Admiral Ackbar and discontented Republic military members to form a new resistance movement against the threat of the secessionists. 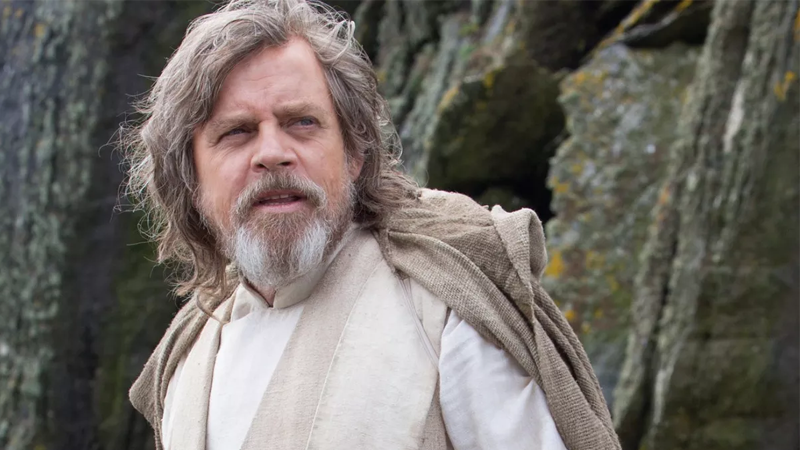 ... all of this happens only six years before The Force Awakens

This is without a shadow of a doubt the craziest part of Bloodline. According to the book, all the huge events that drive this new saga of movies—the creation of the First Order, Ben Solo’s fall to the dark side, Han and Leia’s separation, the slaughter of Luke’s Jedi students and his disappearance—happen just a scant six years before the state of the galaxy we see in The Force Awakens.

Some things definitely don’t add up, especially if, as many people expected, Rey (who does not feature in the book, for obvious reasons) really was trained at the Jedi temple and witnessed the Knights of Ren’s attack firsthand. She would be 13 in this time period, much older than the child we saw dumped on Jakku in The Force Awakens. The book also hints that maybe the betrayal of the Jedi happens during or shortly before the book begins, as Leia repeatedly attempts to contact both Luke and Ben, only to get no answer due to communicator errors. But surely as someone sensitive to the Force, Leia would have felt something like that happen?

Either way, the state of the galaxy we see in The Force Awakens apparently came about much more quickly than anyone anticipated.