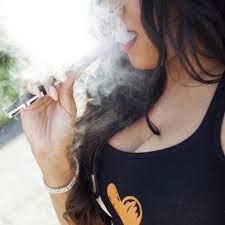 CLAIM: The FDA has banned all e-juice for electronic cigarettes, effective July 2016.

Found an article on the ban of electronic cigarette juice being banned. As an avid vaper I am looking to seek the truth as to if my juice supply will be gone for good.

Representatives from the U.S Food and Drug Administration Center for Tobacco Products have announced a July 2016 ban on the liquid mixture used in vapor products such as electronic cigarettes.

The FDA (Food and Drug Administration) passed regulations throughout early 2015 requiring manufactures of electronic cigarettes to retroactively submit marketing applications for their products. This was perceived to be a huge blow to the electronic cigarette industry as the fees accrued by manufactures submitting these applications were projected in the millions. The FDA provided impacted companies two years to submit their applications and allowed for them to continue selling the products under review during this two-year window.

Associated Media Coverage was only registered on 18 February 2016, and is not an official news site, despite its semi-legitimate appearance. The site also spread a hoax story earlier in March 2016 with a fabricated claim about a motorcycle curfew.