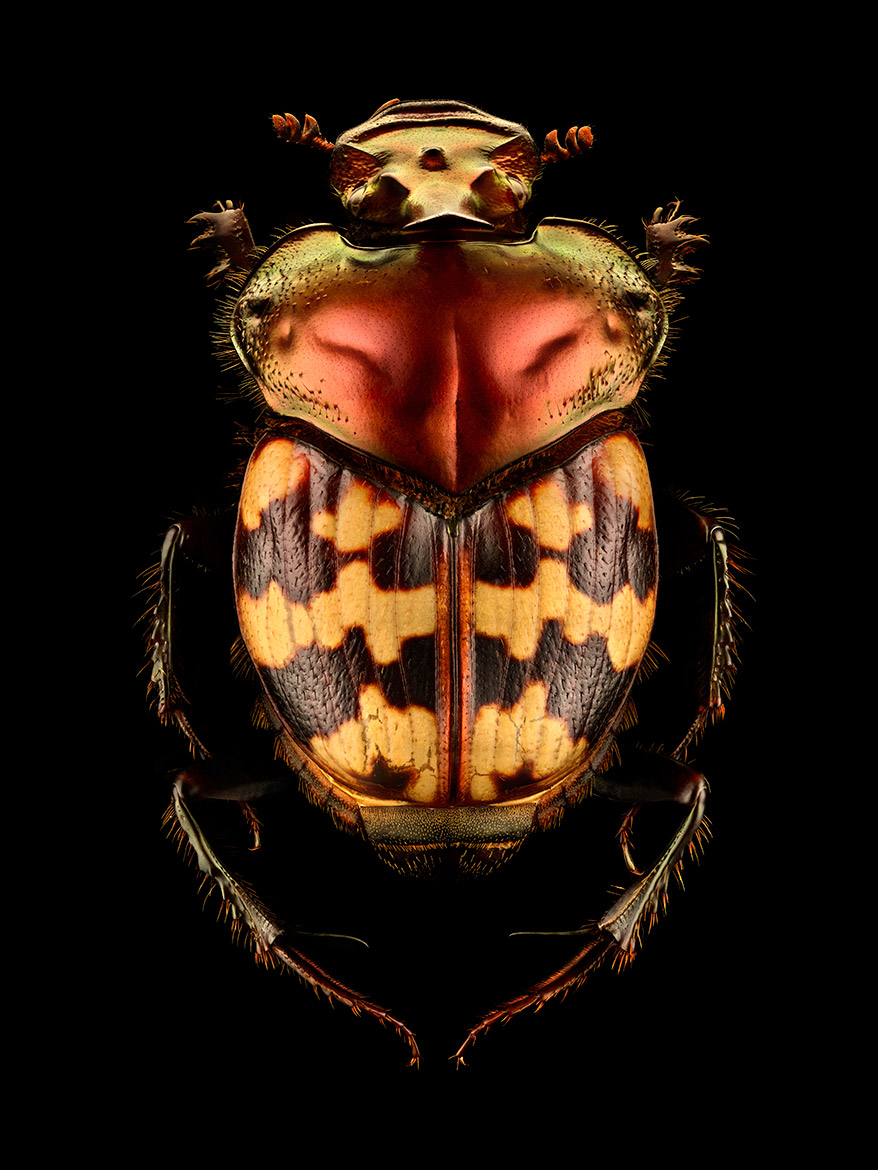 British photographer Levon Biss' macrophotography turns 10mm insects into massive 10' prints in new exhibition, Microsculpture, opening later this month at the Oxford University Museum of Natural History. The photos in the show feature specimens, 25 in total, from the museum's collection, magnified so that their microscopic bodies are able to be viewed in incredible detail.

The photos, which range in size, are shown next to the much smaller insect specimens themselves. They were chosen from the collection for their interesting colors and shapes, the 'microsculptures' of the title referring to the contours and sculptural qualities of the insects' forms.

Biss, who began photographing insects this way using specimens from his back yard, uses a 36 megapixel camera with a microscope lens ("10x microscope objective attached to it via a 200mm prime lens," he says) to shoot the insects, lighting each section of the insect separately and tailoring the lighting to suit the specific segment.

“I photograph the insect in approximately 30 different sections, depending on the size of the specimen," Biss explains. "Each section is lit differently with strobe lights to bring out the micro-sculptural beauty of that particular section of the body. For example, I will light and shoot just one antenna, then I will move on to the eye and the lighting set up will change entirely to suit the texture and contours of that part of the body. This process continues until I have covered the whole surface area of the insect.”

Each picture in the show consists of around 8,000 to 10,000 individual photographs due to the very shallow depth of field of a microscope lens, with the camera "stacking" photos at different focal points, the distances of which are so small they're measured in microns. These are then processed through various techniques in Photoshop and flattened into a final high-resolution image. From beginning to end, each photo takes around two to three weeks.

These result is not only stunning works of art but also photos that highlight the intricate evolutionary traits of these insects and the various ways the microstructures on their surface have allowed them to adapt, function, and thrive in their environments.

"At high magnification, the surface of even the plainest looking beetle or fly is completely transformed as details of their microsculpture become visible: ridges, pits or engraved meshes all combine at different spatial scales in a breath-taking intricacy," notes Dr James Hogan, entomologist at Life Collections, Oxford University Museum of Natural History. "It is thought that these microscopic structures alter the properties of the insect’s surface in different ways, reflecting sunlight, shedding water, or trapping air." 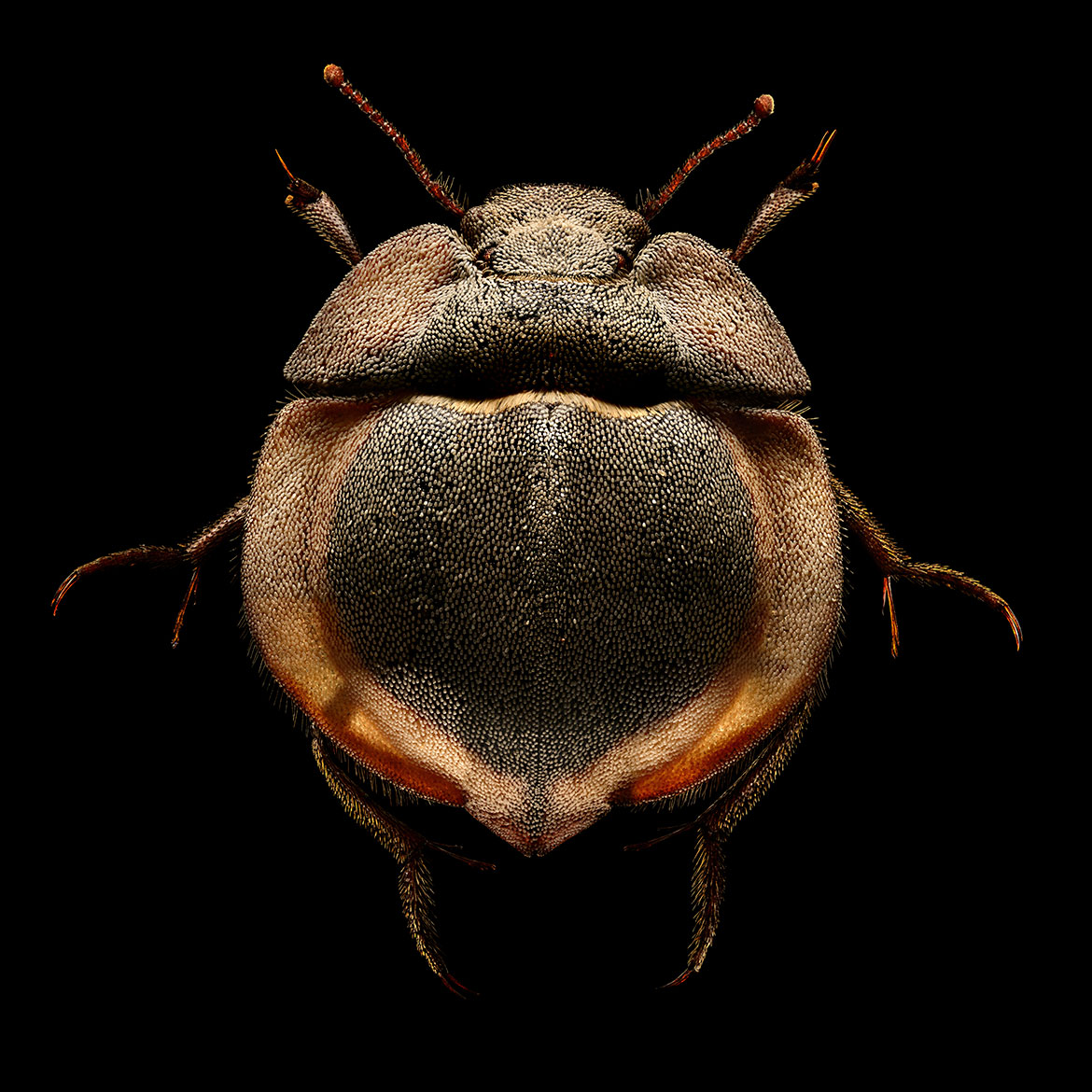 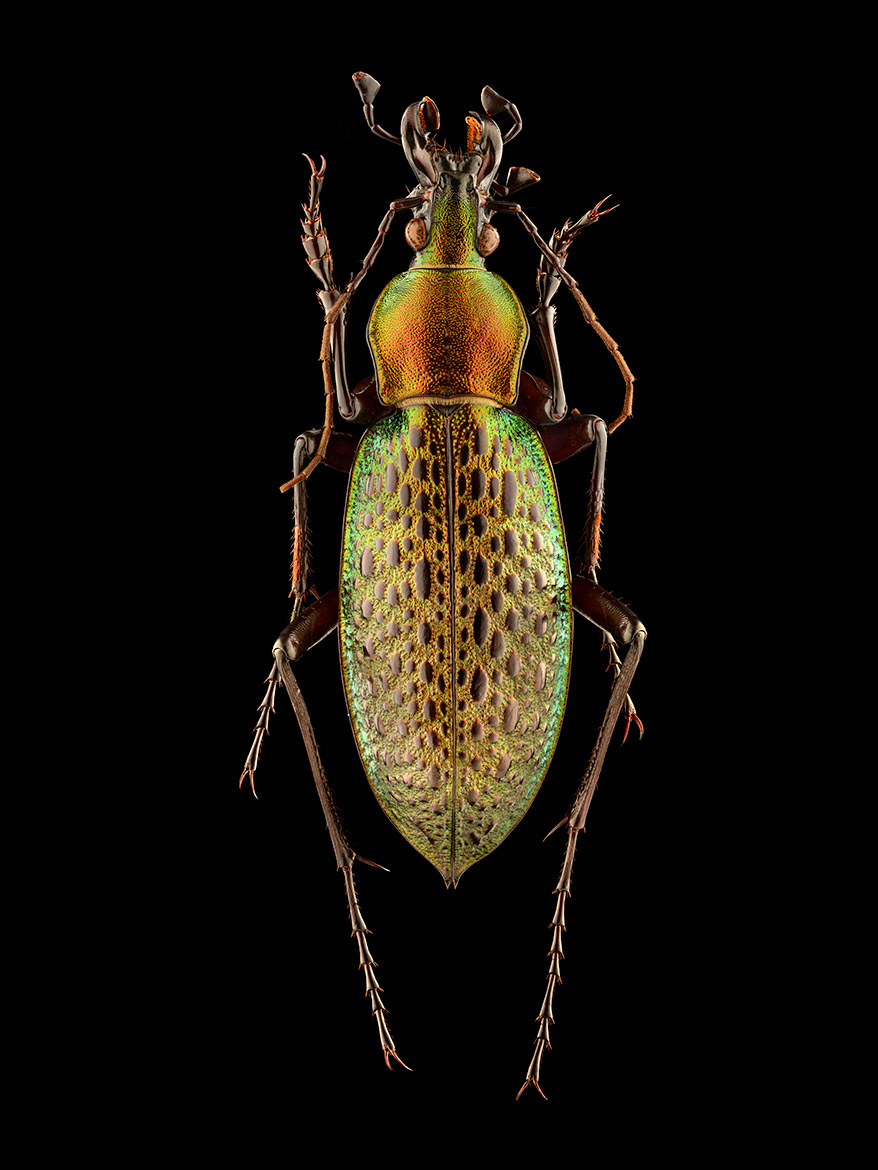 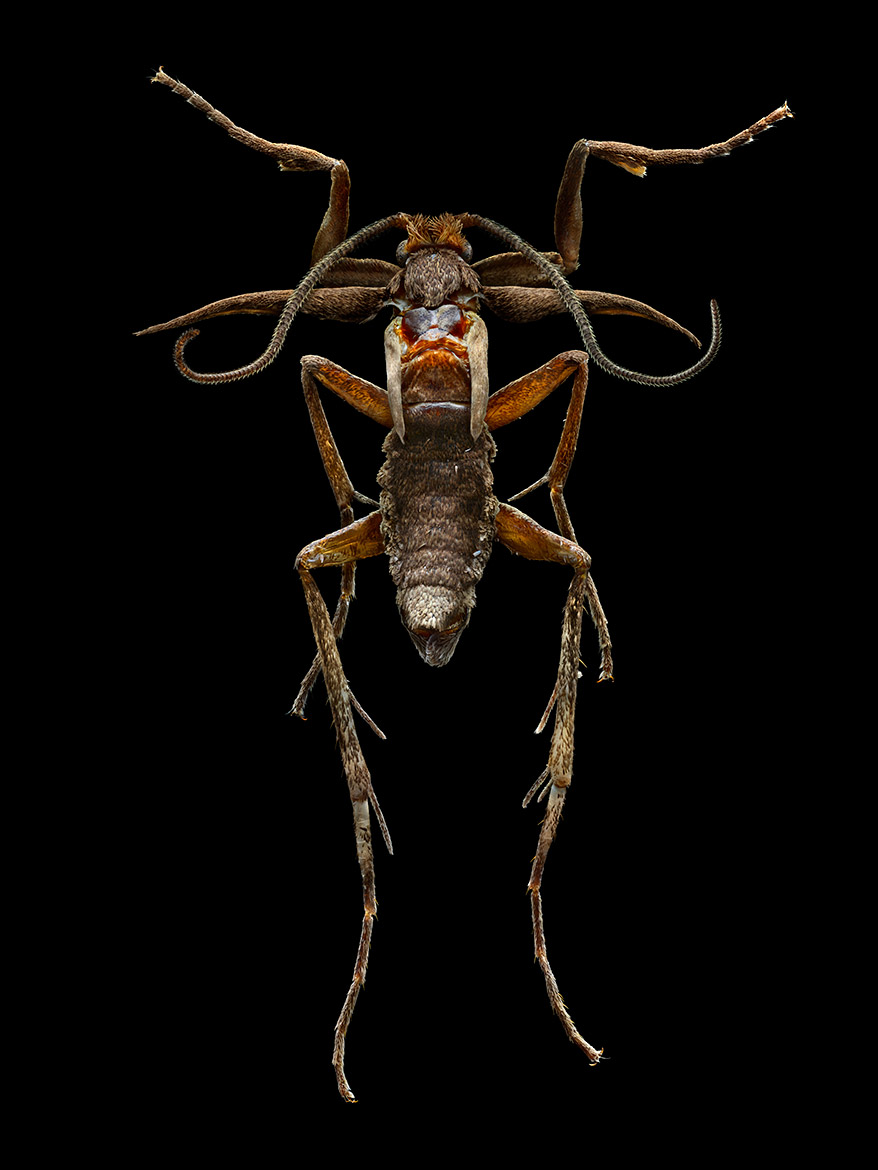 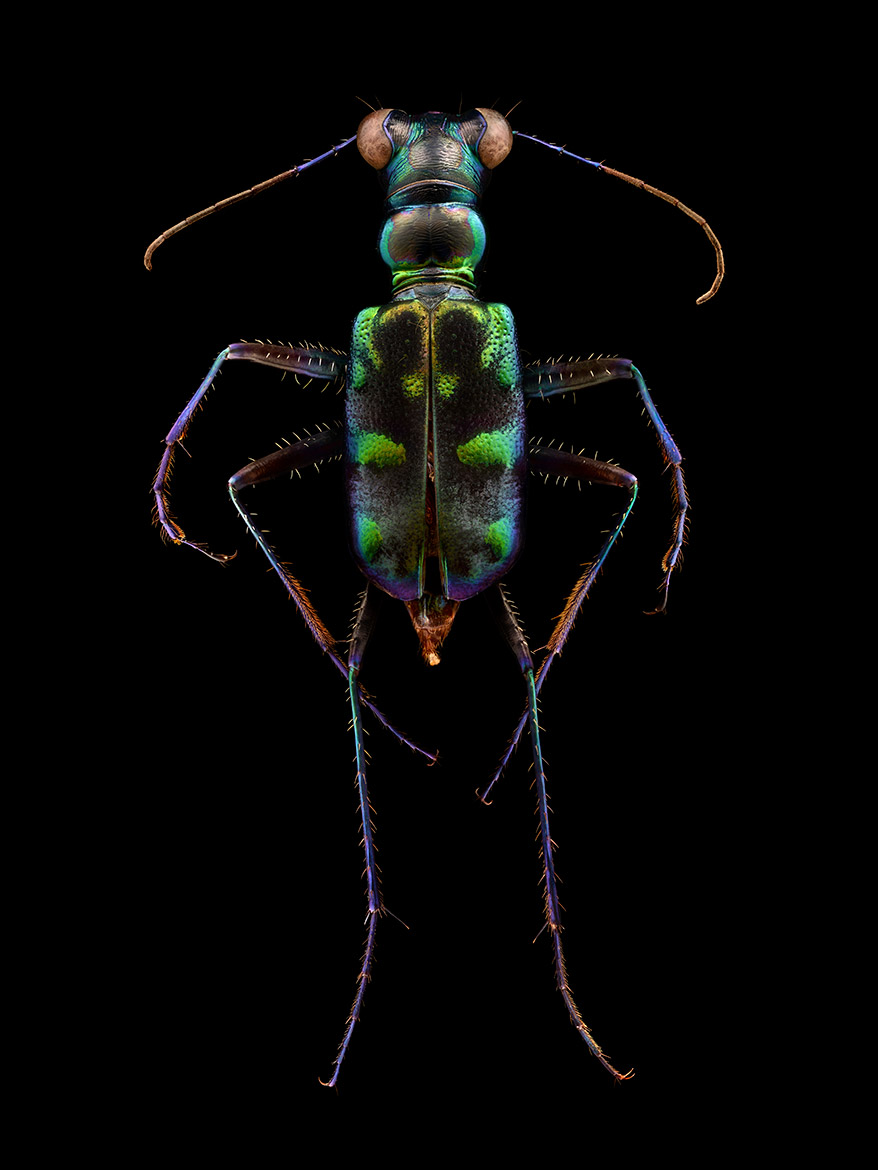 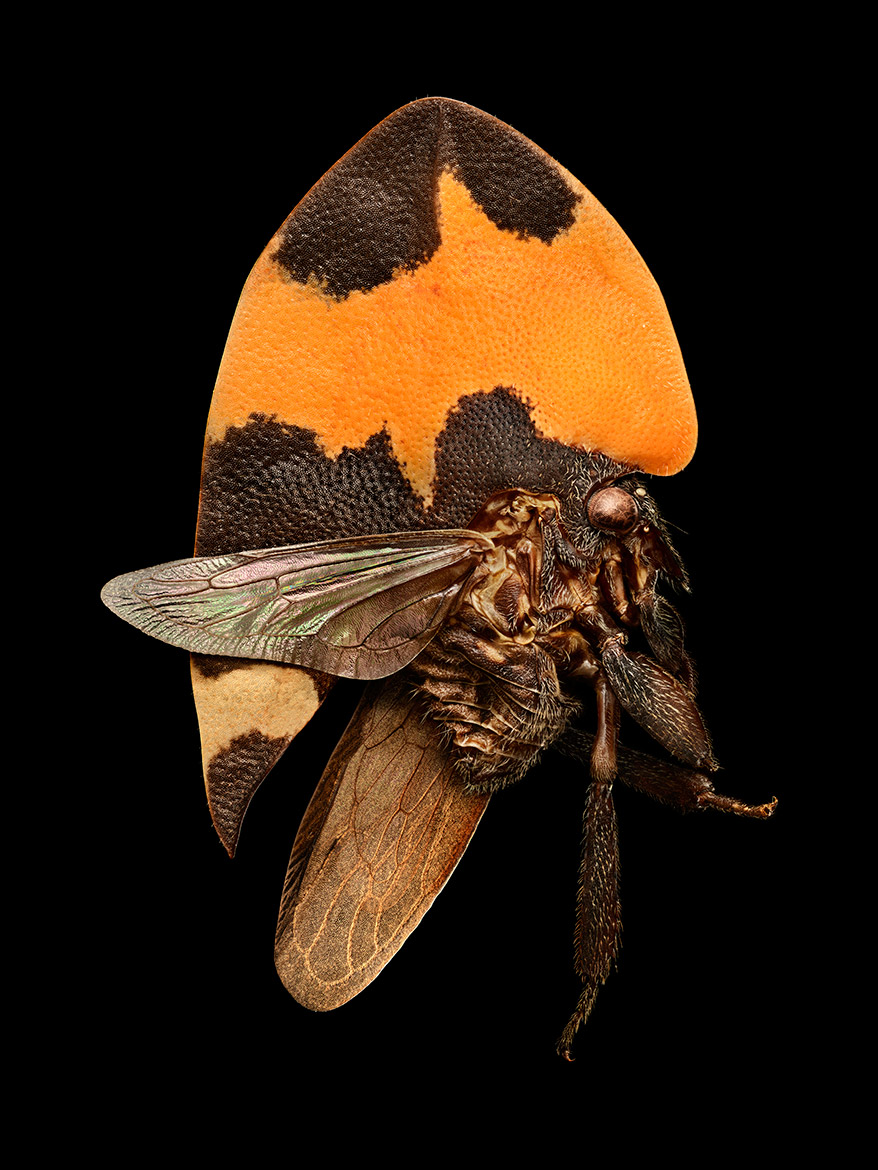 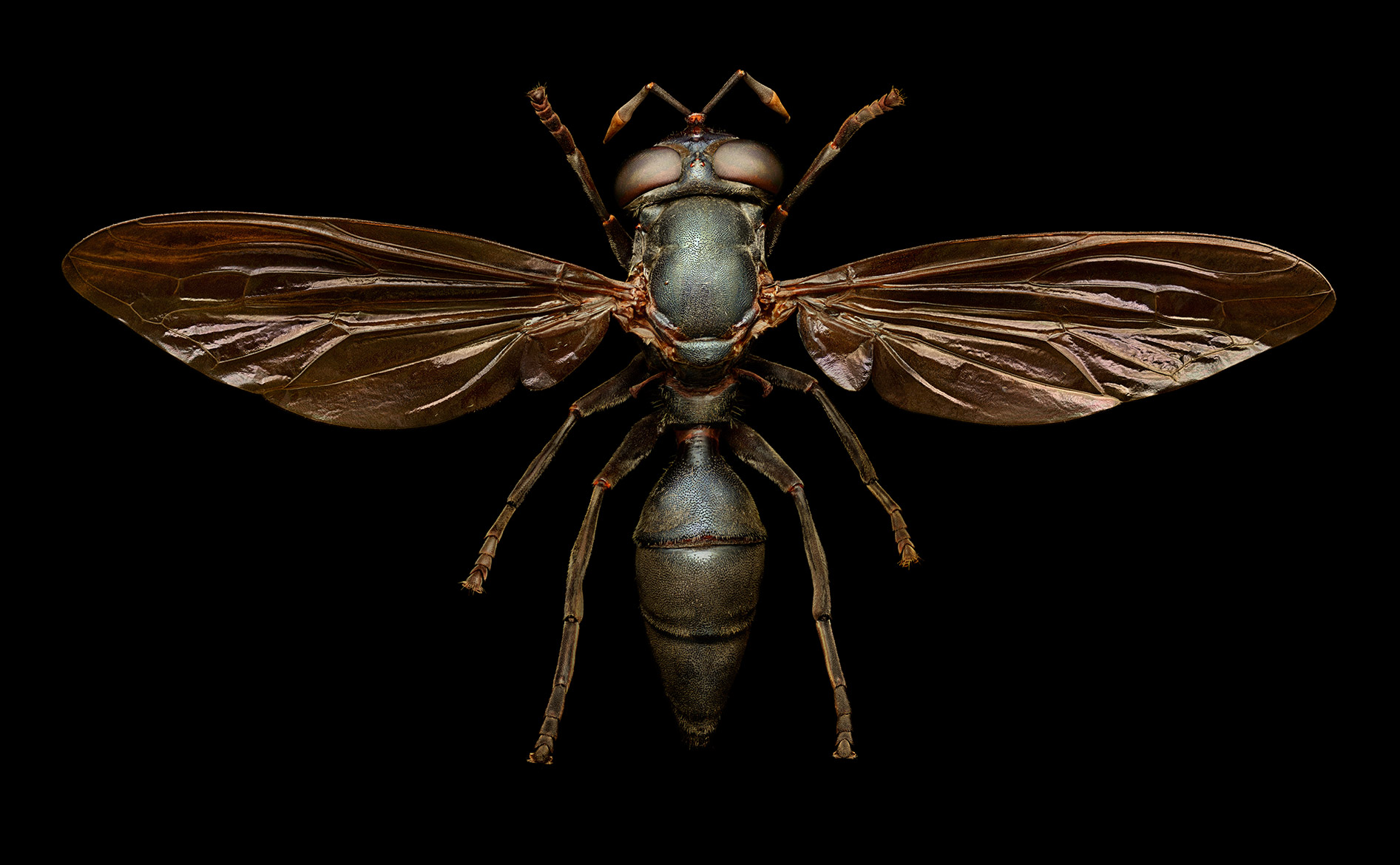