Elijah Wood Says Hollywood Has A Pedophilia Crisis On Its Hands 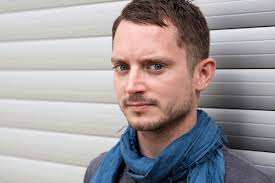 Elijah Wood Says Hollywood Has A Pedophilia Crisis On Its Hands published by Evanvinh
Writer Rating: 2.0000
Posted on 2016-05-24
Writer Description: Evanvinh
This writer has written 733 articles.

In an interview with The Sunday Times published on Sunday, Elijah Wood opened up about Hollywood’s problem with the sexual abuse of children.

The 35-year-old actor explained that Tinseltown has a history of abuse scandalsthat may still be happening. As a former child actor himself, he sympathizes.

While he was fortunate enough to have his mother protect him when he went to Hollywood as a kid, Wood admitted, “I’ve been led down dark paths to realize that these things probably are still happening.”

He also said there are “a lot of vipers in this industry” and that Hollywood has “darkness in the underbelly.”

“If you’re innocent, you have very little knowledge of the world and you want to succeed,” he said, “﻿﻿People with parasitic interests will see you as their prey. What upsets me about these situations is that the victims can’t speak as loudly as the people in power.”

Wood’s quotes come just after news of Woody Allen’s sexual abuse allegations resurfaced online earlier this month. The director’s son, Ronan Farrow, wrote a scathing op-ed about his father for The Hollywood Reporter, in which hecondemned the media for failing to ask tougher questions and for overlooking the allegations.

When The New York Times ultimately ran my sister’s story in 2014, it gave her 936 words online, embedded in an article with careful caveats.

Soon afterward, the Times gave her alleged attacker twice the space — and prime position in the print edition, with no caveats or surrounding context. It was a stark reminder of how differently our press treats vulnerable accusers and powerful men who stand accused.