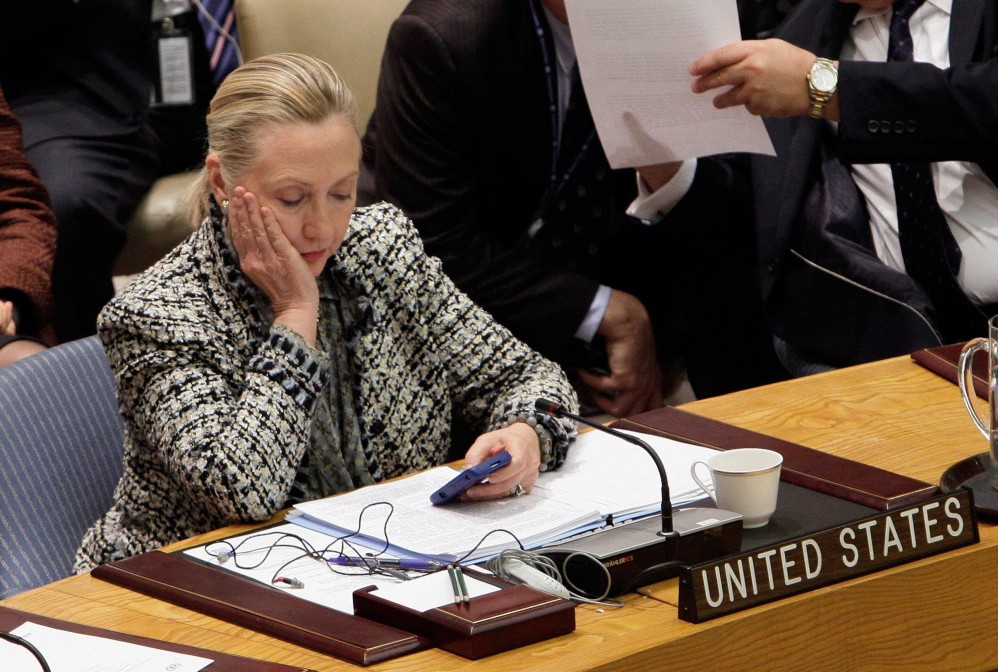 “For the good of the country, [Clinton] should step down and let this FBI investigation play out,” said Lt. Gen. Michael T. Flynn (Ret.), according to The Daily Caller News Foundation. Flynn was head of the DIA from 2012 to 2014.

To quickly recap, Clinton used a private, unsecured email account during her tenure as secretary of State, which she accessed from her Blackberry because, she says, she didn’t know how to access emails from her computer. Her actions put top secret information at risk, including information gathered from spies, which potentially endangered American lives and the safety of their informants.

The documents ‘had to be moved off electronically or removed out of the secure site physically, then it had to be put onto an unclassified email system,’ Flynn said. ‘Someone who does this is completely irresponsible, but totally unaccountable and shows a streak of arrogance to the American public that is unworthy of anyone thinking they can run for President of the United States.’

‘This is unbelievable,’ Flynn said. ‘I don’t think anybody should be talking about her being potentially the next President of the United States.’

Flynn isn’t the only one to say Clinton’s actions have serious implications. Seven years after her actions, the State Department has finally admitted that her emails are “a serious matter.”

The State Department has largely played along with Clinton’s narrative that the classified information contained in the emails wasn’t a big deal and that most of it was marked classified only after Clinton had sent and received it from her personal, unsecured account.

But last month, they were forced to start whistling a different tune when they refused to release 22 of her emails to the public because they contained top secret information.

Fox News’ Catherine Herridge pushed a State Department spokesman yesterday into finally admitting that Clinton’s actions, which resulted in at least a dozen email accounts having access to classified information, were a big deal.

Watch how uncomfortable the spokesman is when he finally admits this, seven years later.