The first Warcraft movie reviews are in 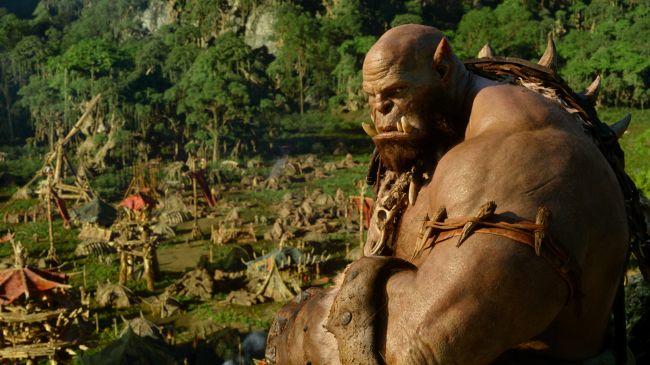 The first Warcraft movie reviews are in published by Mooba
Writer Rating: 0
Posted on 2016-05-26
Writer Description: Brandon
This writer has written 186 articles.

Warcraft, the film adaptation of Blizzard’s MMO behemoth, has been screened for critics, and reviews now are rolling in quicker than a murloc mob’s respawn timer. The consensus? Not great. It seems that Warcraft isn’t going to be the sweeping success that finally breaks the videogame movie curse. That said, we’ll be reserving judgement until we see it ourselves. Who knows? Maybe Warcraft is a film purely for the fans. But for the average viewer, the accusation so far is that it's an overly earnest, character-driven blockbuster that collapses under the weight of its own ambition.

At the more positive end of the spectrum, The Hollywood Reporter praised its elegant storytelling methods despite the expensive CGI sheen and blockbuster presentation: “Jones and cinematographer Simon Duggan strip things down in a few scenes that have the primal eloquence of classic Westerns: A trip on horseback over mountains becomes an occasion for campsite confessions; a secret meeting in a desolate canyon brings mutual suspicions and unilateral betrayals into the open.”

Variety appreciated the grounded story at the heart of Warcraft, but didn’t feel the high fantasy premise was self-aware enough to take seriously: “It’s an unwaveringly earnest film that never owns up to exactly how campy every character, every conflict and every new realm truly is.” As for the abundant CGI, “[it] aims for fresh and eye-popping and yet ends up shopworn and rather tacky.”

Coming in with the most negative take so far is The Wrap, who critiqued the performances and costume with more verve than a frustrated raid leader, “The cast seems mostly adrift, with only Schnetzer giving what might be considered an actual performance. The usually reliable Foster is reduced to gadding about like a prog-rock Jesus in a series of robes that make him look like he’s posing for the side of someone’s van, and poor Paula Patton gets saddled with a sad pair of novelty-store fangs.”

So far, so troubling, but for those with a stomach for excessive campiness and a spirited love for the lore, there might be something to latch onto. Personally, I’m not surprised to see Duncan Jones, a proven, but smaller director stumble somewhat with such an ambitious piece of work, but I hope to find the heart at the center of whatever his Warcraft movie is. Again, we’ll have our say, perhaps in the form of multiple takes, over the weeks to come. In the meantime, there's always the chance that the Assassin’s Creed movie bucks the trend. Is that genuine optimism, or is Kanye just doing what Kanye does?