How Pokémon GO Will Work 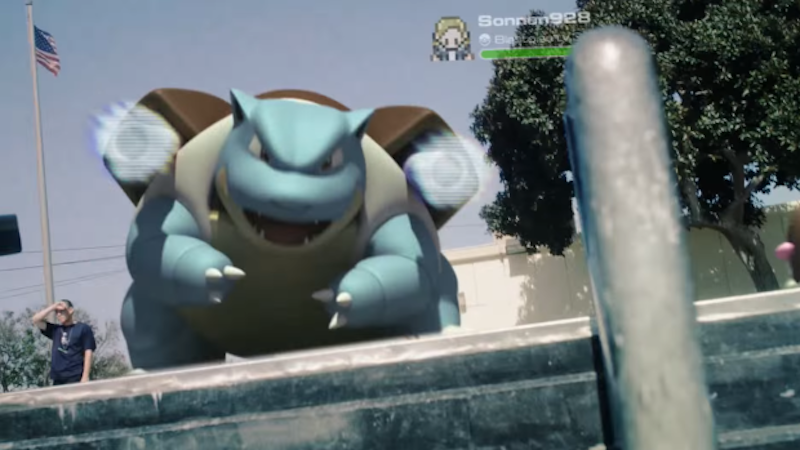 How Pokémon GO Will Work published by Mooba
Writer Rating: 3.3333
Posted on 2016-05-28
Writer Description: Brandon
This writer has written 186 articles.

Since revealing Pokémon GO last year, Nintendo and developer Niantic have been pretty quiet about how exactly it will work. We knew that it would be a Pokémon game for your mobile, and that you would be able to capture Pokémon in the world, but little else. Finally the studio behind the game has spilled some beans.

There are more than 100 pokémon for you to catch in Pokémon GO and, depending on your location, different types of pokémon will appear. If you’re taking a trip to the beach then you will likely see water pokémon, head into the woods and you’ll find grass types. I guess that means for fire types you’ll need to visit your local active volcano?

When a pokémon is nearby your phone will vibrate. You can throw a pokéball at the creature by aiming your screen at the pokémon and swiping a pokéball in its direction. It sounds like you won’t battle wild pokémon to weaken them first, as you do in standard pokémon games. Maybe the developers realised that if you’re on the way to work when your phone vibrates to tell you there is a pokémon nearby you may well not have time to have a battle.

As the won’t be battling, at least in the traditional sense, your pokémon no longer level up. Instead you need to raise your trainer level. The game’s website is a little vague when it comes to raising your level, it says “Keep exploring and encountering Pokémon to raise your level.” So will it be be down to walking a certain number of steps, or to the number of pokémon in your pokédex, or maybe even going for walks in new places?

We already know, for instance, that you’ll find pokémon eggs which will hatch after walking a certain distance.

Evolving your pokémon also happens differently to the way you would do it in the other games. Instead of levelling up a pokémon until it evolves, you evolve one by catching more pokémon of the same type. Eventually one of them will change into the next stage of its evolution.

There are opportunities to battle in the game, even if they’re not with wild pokémon. Early in the game you will be invited to join one of three teams. These teams are able to take control of gyms, which are located in real places around the world. You can help out your gym by leaving your pokémon there as guards, ready to fight anyone from rival teams who wants to challenge your ownership of the gym.

Pokémon battles are handled differently to the traditional games. It sounds like they will be built of quick time events:

By using their own Pokémon’s attacks and dodging incoming attacks by swiping left and right on the screen, Pokémon GO players can defeat the defending Pokémon to reduce the Gym’s Prestige. Once the Gym’s Prestige reaches zero, the defending team loses control of the Gym, and the victor’s Pokémon can be assigned to defend the Gym. When a team has control of a Gym, team members can increase its Prestige and level by training their Pokémon with other defending Pokémon. As the Gym gets to a higher level, the defending team gains the ability to assign more Pokémon to defend it. They can also team up with friends and battle together at a rival Gym to take down stronger Gyms faster.

As well as gyms, PokéStops, the game’s shops, can be found in real world locations, places like “public art installations, historical markers, and monuments”. I hope there are lots of them, because if you run out of pokéballs and have to physically go to the shop to get new ones it would be a kicker if the nearest virtual shop was ten miles away.

Niantic also announced a Bluetooth add-on you can buy that will let you play the game without using your phone. The Pokémon GO Plus has a light and will vibrate when a pokémon is near and by pressing the button on its case you can throw a pokéball at it. I’m not sold on the plus. Being a Bluetooth device it will need to be near your phone anyway, a device that’s pretty darn portable already. This sounds like an unnecessary extra.

Pokémon GO will be a free game and it will make it cash by selling in-game cash. Apparently in-game money is used to buy power-ups and extra items but it doesn’t say if that includes pokéballs. It will be a pain if I need to have to break out my wallet to buy pokéballs that may not definitely catch the pokémon you find.

I am fascinated by Pokémon GO. It sounds like a dream Pokémon game in many ways, but the details above have revealed it’s not exactly translating the experience of a pokémon game onto the phone.