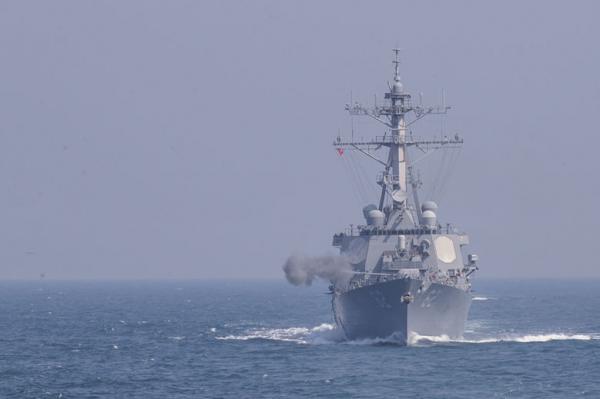 The United States, South Korea and Japan are to begin a joint drill in June to prepare for potential missile threats from North Korea.

The trilateral exercise will take place during international naval exercises in Hawaii around June 28, the Stars and Stripes reported Monday.

The drill is being held during the Rim of the Pacific naval exercises, which are to take place between June and August.

Each country is to deploy an Aegis destroyer, armed with a ballistic missile defense system during the drills, Yonhap reported.

Exercises are to focus on detecting and tracking projectiles, but not interception.

Washington, Seoul and Tokyo had agreed to step up cooperation in increasing pressure on North Korea. The drills are part of a 2014 intelligence-sharing agreement.

Last week the three sides reaffirmed their commitment to North Korea denuclearization after Kim Jong Un defended his weapons program at the Seventh Party Congress. Ambassador Sung Kim, the U.S. special representative for North Korea policy, had discussed the congress and a possible future response to Pyongyang with his South Korea and Japan counterparts.

China is wary of annual joint military exercises in South Korea and has opposed the possible deployment of THAAD, a U.S. anti-missile defense system, on the peninsula.

Chinese foreign ministry spokesman Hong Lei said at a press briefing Monday that no actions that could "make matters worse" should be pursued.

"Each country should maintain calm and restraint," Hong told reporters.

Hong also said China is "appealing" to each country to respond to proposals for talks on denuclearization and an "armistice peace agreement."

Beijing has previously expressed views in favor of restarting the six-party talks on North Korea denuclearization, but Pyongyang has shown no interest in giving up its nuclear weapons.