A Worrisome Pileup of $100 Million Homes 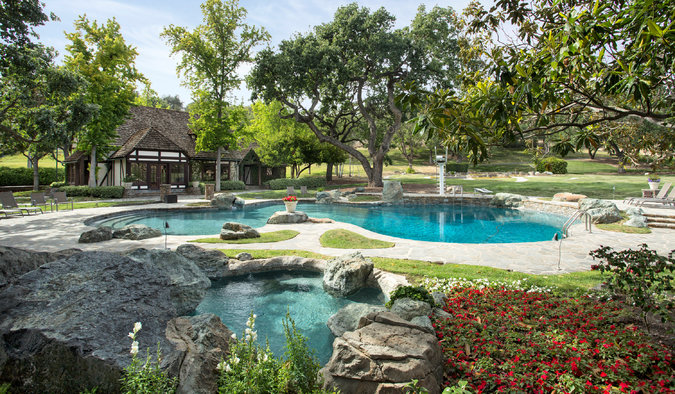 One of the latest symbols of the overinflated luxury housing market is a pink mansion perched above the Mediterranean on the French Riviera.

The 13,000-square-foot property, built and owned by the fashion magnate Pierre Cardin, is composed of giant terra cotta orbs arranged in a sprawling hive. The home’s name befits its price. “Le Palais Bulles,” or “the Bubble Palace,” is being offered for sale at approximately $450 million.

The listing is part of a global pileup of homes listed for $100 million or more. A record 27 properties with nine-figure prices are officially for sale, according to Christie’s International Real Estate. That is up from 19 last year and about a dozen in 2014.

If you add in high-priced “whisper listings” that are offered privately, brokers say the actual number of nine-figure listings worldwide could easily top 40 or 50.

“It’s a bumper crop,” said Dan Conn, chief executive of Christie’s International Real Estate. “It’s just a new world in terms of what people are building and offering for sale.”

The rise in nine-figure real estate listings comes just as sales of luxury real estate have cooled. Many say the sudden surge in hyperprice homes — often built and sold by speculative investors — is the ultimate bubble signal.

“When you have a record number of homes for sale at a price point of $100 million or more, that tells you these homes aren’t selling,” said Jonathan Miller, president of Miller Samuel Inc., a real estate appraisal and research firm. “It’s not as deep a market as some might hope.”

Last year, only two homes in the world sold for over $100 million, according to Christie’s. One was a 9,455-square-foot house in Hong Kong purchased for $193 million by Jack Ma, the chief of Alibaba. The other was a townhouse in London that sold for $132 million. This year, a ranch in Texas went on the market for $700 million and a home in Dallas listed for $100 million. Both sold, but the actual sale prices have not been disclosed.

The last time a sudden pop in $100 million-plus listings occurred was in 2007 and 2008, just before the housing crash. In 2008, at least four homes in the world listed for nine figures. Only one ended up selling for close to that. A mansion in Palm Beach owned by Donald Trump and listed for $100 million sold for $95 million. (Mr. Trump says it sold for $100 million.) A 103-room mansion in Surrey, England, called Updown Court, was listed for $138 million, but sold in 2011 for about $50 million. A log mansion planned for the Yellowstone Club in Montana, with a promised price of $155 million, was never built, and the land sold for $10 million.

Of course, anyone can slap a $100 million price tag on a home to get attention. Yet actual sales of nine-figure homes are rare, even in good times. Between 2011 and 2016, only 15 homes in the world have sold for $100 million or more, according to Christies, and five of those were in 2014.

“The era of aspirational pricing is over, and I’m not sure it ever really worked,” Mr. Miller said. “These prices get headlines, but the properties just don’t sell.”

Brokers promoting the listings say their properties are one-of-a-kind masterpieces — like Picassos or Modiglianis — that rarely come on the market. They add that the more than 1,800 billionaires in the world see property as a safer store of wealth than stocks or art. Mr. Conn estimates that of the 27 nine-figure listings, a third will sell for under $100 million, a third will sell for around $100 million and a third for far more.