The Death Penalty Is an Effective Punishment 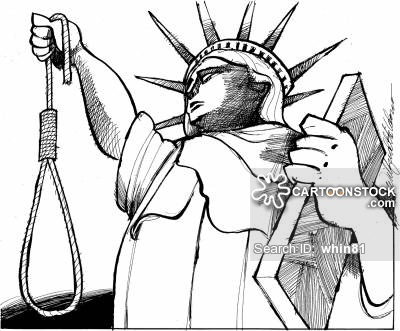 The Death Penalty Is an Effective Punishment published by Evanvinh
Writer Rating: 5.0000
Posted on 2016-03-17
Writer Description: Evanvinh
This writer has written 733 articles.

Derek Hunter is a Washington, DC-based writer, radio host, and political strategist who contributes frequently to the online magazine Townhall.

This week [August 18-24, 2013] has pissed me off. It's been a week filled with news I'd rather forget, but really, it's one we all should remember. It should be a rallying cry, an opportunity for those interested in justice to reform a broken system and expedite a punishment reserved for a deserving few.

A college baseball player from Australia was murdered in Duncan, Okla., because three monsters were bored. The sheer convergence of bad parenting required to bring these three together and have none of them, not one, object to the idea of murdering a random stranger for lack of anything to do is as criminal as their murderous act. Their parents should sit in court next to them, charged as accessories.

The mother of Chancey Luna, one of the accused, told an Australian TV reporter she knew her son didn't do this because he was home at the time—she saw him. A few minutes later, she said she knew in her "heart" he couldn't have done this. If I had a child accused of something so heinous and I had an iron-clad alibi like "I was with him at the time," that's all I would be saying. That's not what she's saying. She's saying he's too respectful to have done something like this. But he, like every child, "likes to fight." Sick.

Chancey wasn't born evil. He became that way either through horrible parenting or horribly neglectful parenting. Whatever the case, this woman and her counterparts who created the other two evil bipeds should sit in prison with their progeny, released only after they're put to a justifiable death. Let the parents live the rest of their miserable lives with the pain their creatures imposed on the family of Christopher Lane.

Then we move to Spokane, Wash.

Waiting for justice to happen in death penalty cases has become an inexcusably long process for families of victims.

Delbert Belton is a hero. Well, Delbert Belton was a hero. On Wednesday night, Belton, an 88-year-old veteran of World War II, became a victim of two teenage sub-human animals who beat him to death for reasons unknown. Belton, wounded in the Battle of Okinawa, was heading to a regular pool game he played weekly with his caregiver when these wastes of human flesh attacked him. He died the next day.

As of this writing, one of these beings has been arrested, the other remains at large (hopefully to be slowly run over by a steamroller or eaten alive by small woodland creatures rather than be taken into custody). May they both be slowly fed into wood chippers one appendage at a time starting with the one between their legs.

As for why these disgusting displays of inhumanity happened, I don't care. I don't want to understand these monsters, I want to eliminate them. May they be removed from the gene pool before they have a chance to infect it with their DNA.

The Impact of Opposition

Oklahoma and Washington have the death penalty, but they aren't Texas. Waiting for justice to happen in death penalty cases has become an inexcusably long process for families of victims. From 1984 to 2006, the average number of months spent on death row has increased from 74 to 145. Waiting more than 12 years for justice to be done is, in many cases, longer than the lives of the victims these killers took to get there in the first place.

In 1981, progressive hero Mumia Abu-Jamal murdered Philadelphia police officer Daniel Faulkner during a traffic stop of Mumia's brother. He shot Officer Faulkner point-blank in the face. He was sentenced to death for this disgusting murder in 1982, but anti-justice crusaders and liberal politicians and celebrities managed to deny the Faulkner family the justice they deserved and the law demanded. In 2011, Abu-Jamal's death sentence was commuted to life in prison without the possibility of parole. He'd spent 30 years on death row when he only allowed Daniel Faulkner to live 26. Only to the most disgusting corners of the progressive mind can this be seen as "justice."

But that is what progressives call it—justice. Collecting money from co-workers, friends and family members of a murder victim to provide housing, food, cable, Internet and education to the person who took a loved one from their lives—to them, that is justice.

The death penalty needs reforming. Just as the introduction of DNA evidence has freed many innocent people from death row, it also should have decreased the wait time for execution. That would be justice. But the goal of the anti-justice progressive movement is the abolition of the death penalty, not its effective use.

An Equalizer for Justice

Some people knowingly do things that forfeit their right to experience even the bad things in life. And given the existence of prison weddings and conjugal visits, the sooner we weed these creatures from the herd the better. Progressives will tell you the death penalty doesn't deter crime, and that's true. It's also irrelevant. Some people are so evil and/or stupid that they don't care that they'll be executed for their actions. But where the death penalty works, where it has a 100 percent success rate, is recidivism. No executed criminal has ever harmed another innocent human being.

We had two examples of sub-human activity that is deserving of the ultimate penalty—five people whose actions should be met with the absolute justice we can bestow. They probably won't get it. A deal will be cut, or even if they do they'll live long, unproductive lives on the public dole.