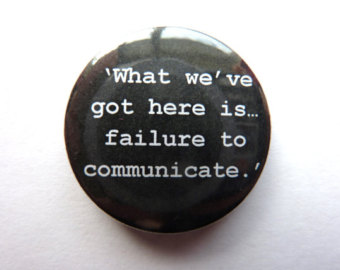 After Orlando... published by Bastard
Writer Rating: 0
Posted on 2016-06-12
Writer Description: Musings and opinions from a bastard.
This writer has written 5 articles.

I hadn't planned on publishing another article so soon after my initial opinion piece. But waking to the news of 50 dead at an Orlando gay night club and a thwarted massacre attempt at a Gay Pride Event in West Hollywood requires something.

Niccolò Machiavelli is seen as infamous for his writing of The Prince. It was controversial then, just as it is controversial now. He championed 'effective truth' over abstract ideals. He divorced morality in favor of realism and pragmatism for the sake of a strong state. Yet it is in Of Cruelty and Clemency, and Whether It Is Better to Be Loved or Feared he posses an interesting question. Cesare Borgia was and is known to history to have been cruel. Yet in his cruelty, Machiavelli reaons, he took actions that brought about order to the Romonga. Machiavelli then admonishes Florance for, in attempting to avoid being proclaimed cruel, allowed the city of Pistoia to be consumed by violence instead of conquoring the city for it's own good.

This brings me to the famous question of whether it is better to be loved or feared.

“And here comes in the question whether it is better to be loved rather than feared, or feared rather than loved. It might perhaps be answered that we should wish to be both; but since love and fear can hardly exist together, if we must choose between them, it is far safer to be feared than loved. For of men it may generally be affirmed, that they are thankless, fickle, false, studious to avoid danger, greedy of gain, devoted to you while you are able to confer benefits upon them, and ready, as I said before, while danger is distant, to shed their blood, and sacrifice their property, their lives, and their children for you; but in the hour of need they turn against you. The Prince, therefore, who without otherwise securing himself builds wholly on their professions is undone. For the friendships which we buy with a price, and do not gain by greatness and nobility of character, though they be fairly earned are not made good, but fail us when we have occasion to use them.

Moreover, men are less careful how they offend him who makes himself loved than him who makes himself feared. For love is held by the tie of obligation, which, because men are a sorry breed, is broken on every whisper of private interest; but fear is bound by the apprehension of punishment which never relaxes its grasp.”

From the Paris and Brussels attacks, to attacks on Americans, the rape crisis that has followed the Islamic Migrants that have flooded Europe... waking to the news that initial body count of the Orlando attack of 50 that ISIS has claimed responsibility for and an attempt to attack the West Hollywood Gay Pride Parade and President Obama prattles on about the need for gun control. Nothing about the ideology at the cause of this situation but on what is nothing more than a tool that must be used by a person. The very same tool that, if present on another individual, could have ended the shooting much sooner than it had.

I see the rising anger, frustration, and even sorrow as we have it forced down our throats to act against what we know; this cannot be reconciled with social justice and tolerance. I know the current extent of my thoughts. What we have here is a failure to communicate.

These people wish us to know fear. We should teach them the true meaning of fear. As ISIS has claimed responsibility then their most powerful stronghold should be the example. And it should be wiped from the face of the Earth in one, swift, action. Perhaps Mr. Putin's veiled threat should become a reality. I imagine many of you are in stark disagreement of my own answer to the situation. But at what point do we finally become cruel to be kind? Or will we continue to avoid appearing cruel to simply feel morally righteous even as we watch these heinous crimes continue?