Gary Johnson: Take a Deep Breath, Voters. There Is a Third Way. 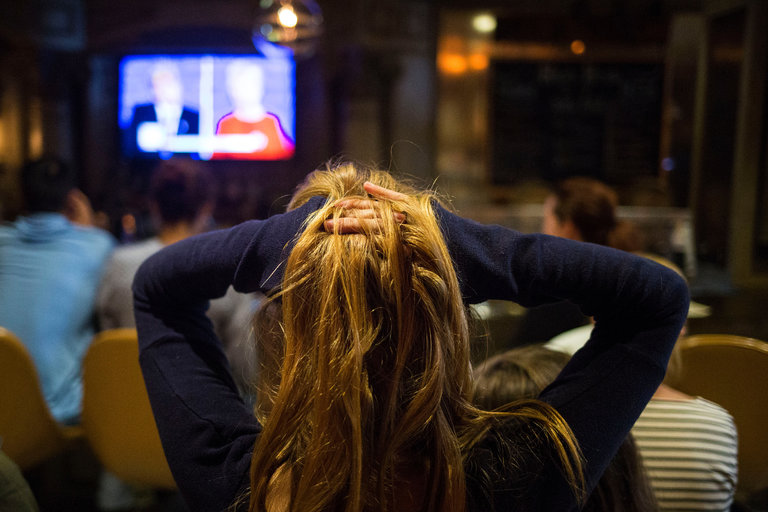 Gary Johnson: Take a Deep Breath, Voters. There Is a Third Way. published by The 1st Amender
Writer Rating: 2.0000
Posted on 2016-09-28
Writer Description: Changing the way people think about news.
This writer has written 203 articles.

The America I know wasn’t on the television screen on Monday night. My America is about the freedom to make choices, pursue your dreams and use your skills as entrepreneurs. It is about having more choices than just red versus blue.

I’m offering that choice. I wasn’t part of the presidential debate on Monday, but as Americans listened in dismay to the so-called major parties’ candidates, Google searches for “Gary Johnson” skyrocketed.

I’m the third candidate — the leader of the Libertarian Party. My name will be on every ballot alongside that of my running mate, Bill Weld, who like me was a twice-elected Republican governor of a strongly Democratic state. Contrary to the Republican and Democratic presidential candidates, Bill and I don’t believe the United States is a polarized nation.

We don’t deny that there are very real tensions on the fringes, and we can’t simply ignore those tensions. But when it comes down to the basics, most Americans really aren’t that far apart.

Our kids are better educated than ever before. Our technology enables entrepreneurship and transparency. Our military is second to none, as it should be. But our two-party political system is an entirely different story. Hyper-partisanship may be entertaining, but it’s a terrible way to try to run a country. We’re the alternative — and we’re the only ticket that offers Americans a chance to find common ground.

People might call us fiscal conservatives. Like most Americans, I believe that government does too much and costs too much. As governor of New Mexico, I vetoed more than 750 bills and reduced government involvement in business, better known as “crony capitalism.”

Some would call us social liberals. I’ve been vocal in criticizing the disparity in the treatment of black Americans by the police. I want reform in our criminal justice and sentencing systems. “Three strikes” laws and mandatory minimums have put the United States among the world leaders in incarceration. Treating drug use and abuse as crimes, rather than health issues, has put far too many Americans behind bars.

What would government be like in a Johnson administration? First, we would begin the conversation about the size of government by submitting a real balanced budget. Every government program would have to justify its expenditures, every year. Cuts of up to 20 percent or more would be on the table for all programs, including military spending. Changes to Social Security and Medicare must also be considered.

As governors, we balanced our budgets and reduced taxes: I cut taxes 14 times; Bill Weld did so 21 times in his six years leading Massachusetts. It just requires commitment and certainty.

Hillary Clinton’s and Donald J. Trump’s proposals call for much more spending. Both parties are responsible for our unsustainable fiscal problems: President George W. Bush nearly doubled our national debt, to$10 trillion from $5.7 trillion. President Obama is on track to double it again.

Second, we would protect the Constitution and civil liberties and stop treating immigration as a bad thing. In the difficult case of abortion, I support a woman’s right to choose. I’ve long supported civil liberties, including marriage equality and freedom from mass surveillance.

Given the way it has served as both a launching pad and a crash-landing site for Republican presidential prospects, immigration was strangely absent from Monday’s debate. Neither the Republican-controlled Congress nor President Obama has done anything to fix the dysfunctional immigration system. Deporting millions of noncriminal undocumented immigrants and building a wall, as Mr. Trump proposes, are ludicrous ideas.

A majority of Americans can actually agree on a solution. We would allow those immigrants who are here without documents, but with otherwise clean records, to come forward, pay taxes, undergo a background check and legally reside in the United States. We’d eliminate categories and quotas on immigration, and border enforcement would be devoted to keeping out real criminals and would-be terrorists.

Third, we would offer free trade to all nations, but limit military intervention to when our nation is attacked. We would honor all treaty obligations and pursue strategic alliances that made our country safer.

Mrs. Clinton wants to continue a muddled mix of intervention, regime change and bombing campaigns. That approach brought us Syria, Iraq, Libya and failed nation-building in Afghanistan. Our troops and the American people deserve clear objectives, with a well-drawn distinction between defense and futile interventions. And our troops deserve authorization from Congress for their activities overseas, an important detail that has fallen by the wayside.

The same common-sense attitude applies to trade and diplomacy. Our ticket is the only one to support free trade. The goal is to enhance prosperity and peace without sending our young people to war.

Less than six weeks before Election Day, independents and, particularly, young voters are increasingly turning to Bill Weld and me as reasonable, rational and experienced candidates. We are the party that can break the partisan gridlock which for too long has kept real solutions out of reach.