To win the presidency - one must have 270 electoral votes. Its not even close. 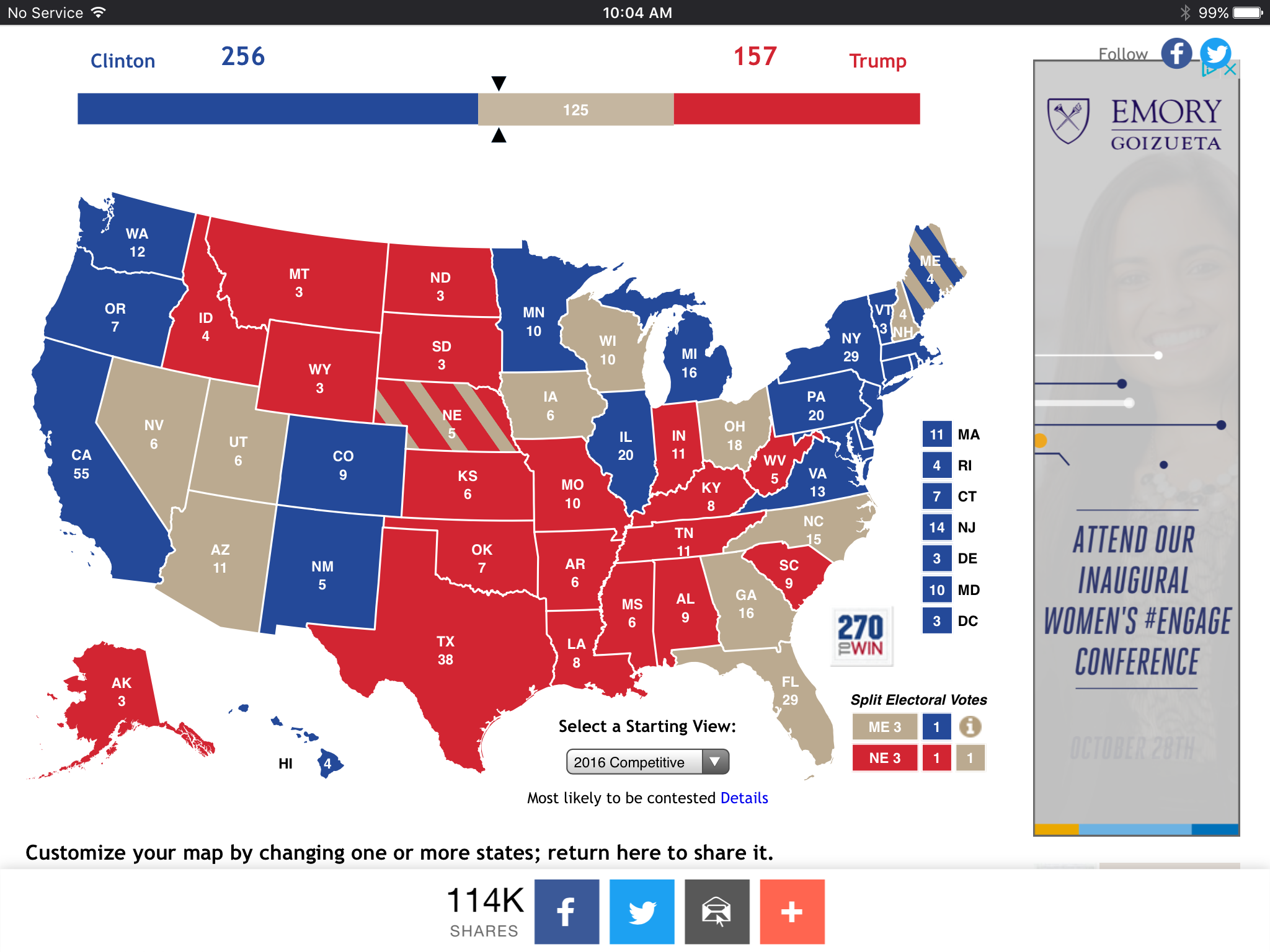 To win the presidency - one must have 270 electoral votes. Its not even close. published by The 1st Amender
Writer Rating: 3.0000
Posted on 2016-10-19
Writer Description: Loves to blog and debate
This writer has written 205 articles.

In the wake of the 2016 presidential race, republicans are gung-ho about getting the word out about Trump.  Stomping out 3rd party sympathisers and any who oppose Trump.  Most supporters believe genuinely: "Donald Trump has a chance at beating Hillary if we all band together and vote!"

Unfortunately, reality sets in to show that Donald Trump hasn't a leg to stand on.  And that voters every election seem to forget the facts.  The electoral votes is what matters in all elections.  The majority population doesn't necissarily infer that will be the winner.

Ye candidate who bringeth the most votes in the electoral colleges is bequeathed with the vote of every person in that state.

Yes this is the reality of things.  And judging by what Hillary has already won, it's not even close.  You can take a look at the already established numbers yourself on this website: www.270towin.com