3.5 Days of No Power - Hurricane Irma and Florida 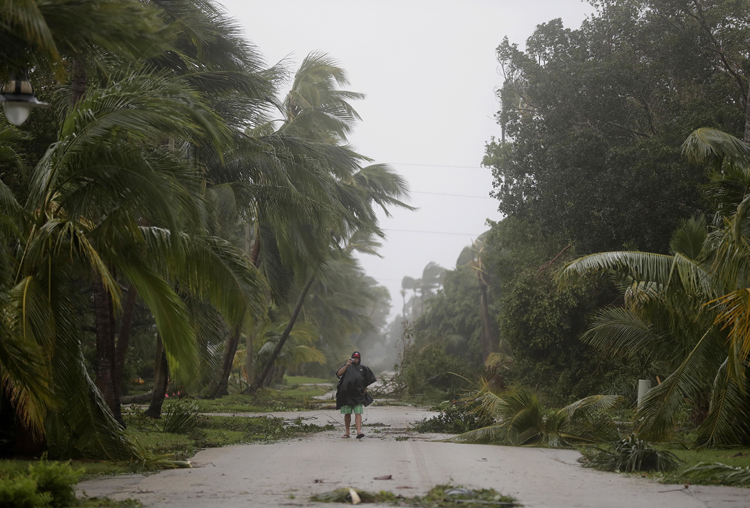 3.5 Days of No Power - Hurricane Irma and Florida published by The 1st Amender
Writer Rating: 2.0000
Posted on 2017-09-15
Writer Description: Changing the way people think about news.
This writer has written 203 articles.

I speak for everyone around the Pinellas County area when I write of my own experiences.  My experiences are no different from everyone else that has been suffering around me.  I would imagine some more so than others. Some affected so badly, has caused the death of a few people just for being without power.

I thankfully am not one of those people. It comes with my condolences that these people try their best to stay safe during the times of no power.  I, being of easy discomfort, decided to flee for the hurricane.

Yes that's right. Like a rat on a sinking ship, I fled before it would take me to the abyss.  I fled mostly due to my apartment, which had a support beam sagging slightly enough to show on the popcorn cieling slowly starting to dig through exposing a crack simply due to gravity.  This alarmed me enough to flee and take a trip to Louisiana, New Orleans.

I must say I had a blast. Though the pleasures of dacquiris, jazz, oysters and cajun were short lived -- as I had to go back to Florida for work time come Tuesday morning.

I came home around 11:30pm with no power. It was miserable. I am sure any Floridian felt it when they saw their homes at night. Pitch black unable to see anything... worry for yourself and your home.  In my own apartment I heard the stir of silence, wind, and crickets.  Looking around the apartment showed trash. Bottles, a dismembered diaper on the floor which gave the aroma of dehydrated pee. An overflowing dumpster. Stars, moonlight covered by the clouds, unable to light the way.

I was tired. I spent 13 hours driving back in traffic jams and all I wanted was a good night rest.  Going inside my apartment the smells didn't get much better.  Smells of mustiness, my roommates pet sugar glider had been placed in the living room to shield her from possible glass breaking. Stumbling along with nothing but a phone light, continuing thoughts of "how am I to charge my phone?" and "I have to sleep in this musty heat" trickled through my brain.

I needed ice. I needed water.  I figured the hurricane would pass and we would have power and everything would be hunky dory.  None of which came to fruition.

It was 3 days of this. Tuesday, Wednesday, and most of Thursday.  Demands from work, as an IT guy I was tasked with taking care of people's computers onsite.  My first onsite visit was one where they couldn't print.  They had power running on generators and my visit felt like a blur to me.  My own desires for health and cleanliness had supersceded my attempts at professionalism.

I couldn't think straight for days. I thought about how all I wanted was some cold water, a hot shower, and maybe some coffee here and there, and especially a night where I wouldn't wake up in the middle sweating.  I remember having a plastic easel I used to help cool myself when I would wake up late at night due to sweating.  I had managed to get ice, and some Lacroix from a grocery store and gas station. (I could not find water. All water was taken and the only thing left at the grocery store was some sparkling Lacroix water)

No matter. Water was water.  I can charge my phone at some of the restaurants that had food. I can charge up some batteries I use for extending the life of my phone.  My phone was in fact the life saver. It was my communication with "How is everyone else faring?"

The phone was a flashlight and the radio.  It felt like I was more attached to my phone than I ever was.  It helped keep me sane while I listened to another voice. I felt rather alone, though I could call family and friends, what really could we say to eachother other than to meet up and suffer together?  I spent time alone looking around, examining my surroundings. Taking in nature like I never did before.

This happened for 3 full days.  On the final days I had to go into work... with early days being taken due to lack of internet at work. Eventually I went home after going to a restaurant -- digging into my savings to pay for it of course. I got home and there I saw it.

One solitary light standing proud atop of my apartment building.  Nothing brought me more joy within the last 2 weeks. Even the biggest plate of raw oysters I recieved from Louisiana could compare to the raw feeling of that light. I rushed into my apartment and there I felt the cool breeze of my AC. The smells already beginning to disperse.

I rushed in a giddy stupor. I was nearly in tears as I turned on the lights. I danced and rushed into my room, seeing all the electronics which had been unplugged to spare from the hurricane. I immediately plugged in my devices and saw my modem had full lights indicating it was online and running.

I rushed into my computer and had the best time of my life browsing the internet. Nothing made me feel more appreciative and happy than I ever had that night.  I slept better than I had ever slept in a very long time.  I can only thank I am one of the people who only had to go 3 days without power, but that there are also people who are going to go weeks without power.  If this pertains to you, and you are looking at this article with envy -- my thoughts and prayers go out to all those who truly suffer, unlike myself.