The History of Memes 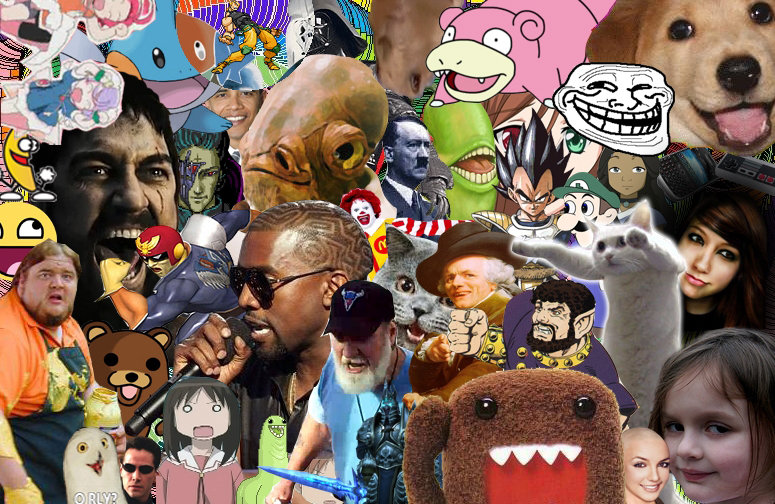 The History of Memes published by The 1st Amender
Writer Rating: 2.0000
Posted on 2017-11-30
Writer Description: Changing the way people think about news.
This writer has written 203 articles.

As an analysis of unspoken history, many stories have come across and already it has been forgotten in just a few short years.  It would be impossible to imagine a world 50 years in the future able to really determine 'where' memes came from.  Some would say Reddit made memes. Some may even state that Twitter is the birthplace of memes, or even 4chan created memes.  The answer of all of these is wrong.  Memes were dreams far before these sites have existed and it is up to me to document this.

Before 4chan was a big thing in its inception on October 1st, 2003 (source) there were quite a few 'meme' sites. Though back then, nobody would call it a meme.  They were just called trends. The unspoken esoteric jokes which only were understood by the users on internet 'funny time-wasting pages' like ytmd.com, albinoblacksheep.com, funnyjunk. Though even before that you had online image forums that focused their sites on users logging in and posting whatever they could find.  Some of the first memes to point out:

"All your base are belong to us." 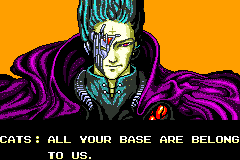 (read about this meme here) 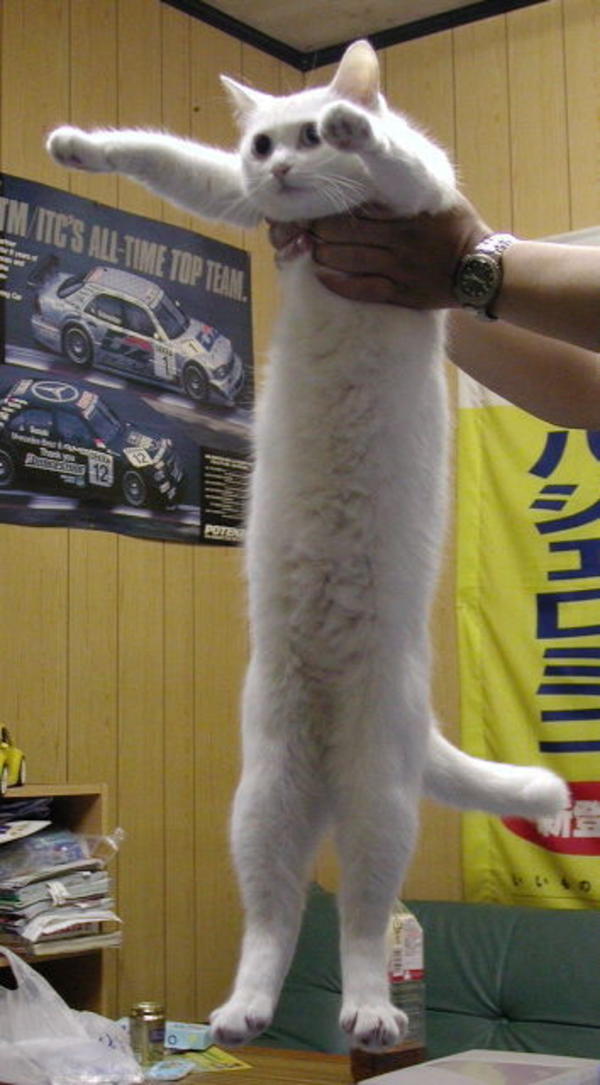 (read more about this meme here)

After forums were quite popular for some time from the late 90's to mid-2000s 4chan was finally born.  A large portion of memes were made through 4chan, despite what Reddit would tell you (though to note Reddit did create plenty of its own memes).

Though not all was main-stream yet as most people were still unaware of 4chan's existence. Only the edgy teenagers and adults who preferred to post in their anonymity would be aware and so users came together with some semblance for structure in the chaotic world of 4chan.

Incoming the written 'rules of the internet'. These rules were once posted by an anonymous user as a joke but quickly became set in stone by many users of 4chan. 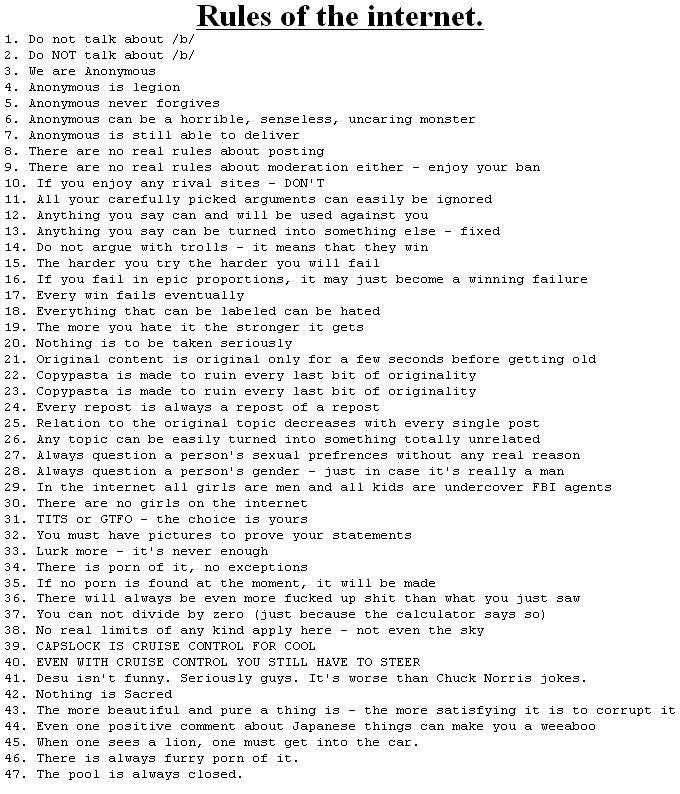 The biggest thread that was available in 4chan ended up being 4chan's random board referred to as "B". /b/ would constantly post whatever meme that came on its way and saw it stick. Though nobody spoke about "memes" as the "memes" were /b/ in essence. Do not talk about /b/. Do NOT talk about /b/. (Reference to Fight Club of rules 1 and 2 to not talk about Fight Club) So anybody speaking a random joke on the internet with its esoteric humor was quickly silenced by other people who were a part of /b/ as well.

This was not to last though. Most enjoyed /b/ so much the culture had spread out to other locations of the internet. More main-stream related sites like "icanhascheezburger" and Reddit were all sites that started to gain traction and popularity.  Sites like knowyourmeme also became front-and-center. Even /b/ kid-friendly sites like 9gag came into fruition (Despite to the disgust of all /b/ users). This is why now you see people often ignore rules 1 and 2, or when they talk about 'memes' are unaware of rules 1 and 2. Though in today's day and age, rules 1 and 2 are now an ancient piece nobody wishes to remember.

There you go. You can see that while many will stake its claim to fame in being a powerhouse and generator of memes, they all have to go back to the roots of memes. Your forum posters and 4chan. Also. I broke rules 1 and 2 writing this article.