I Am So F***ing Tired of Censorship 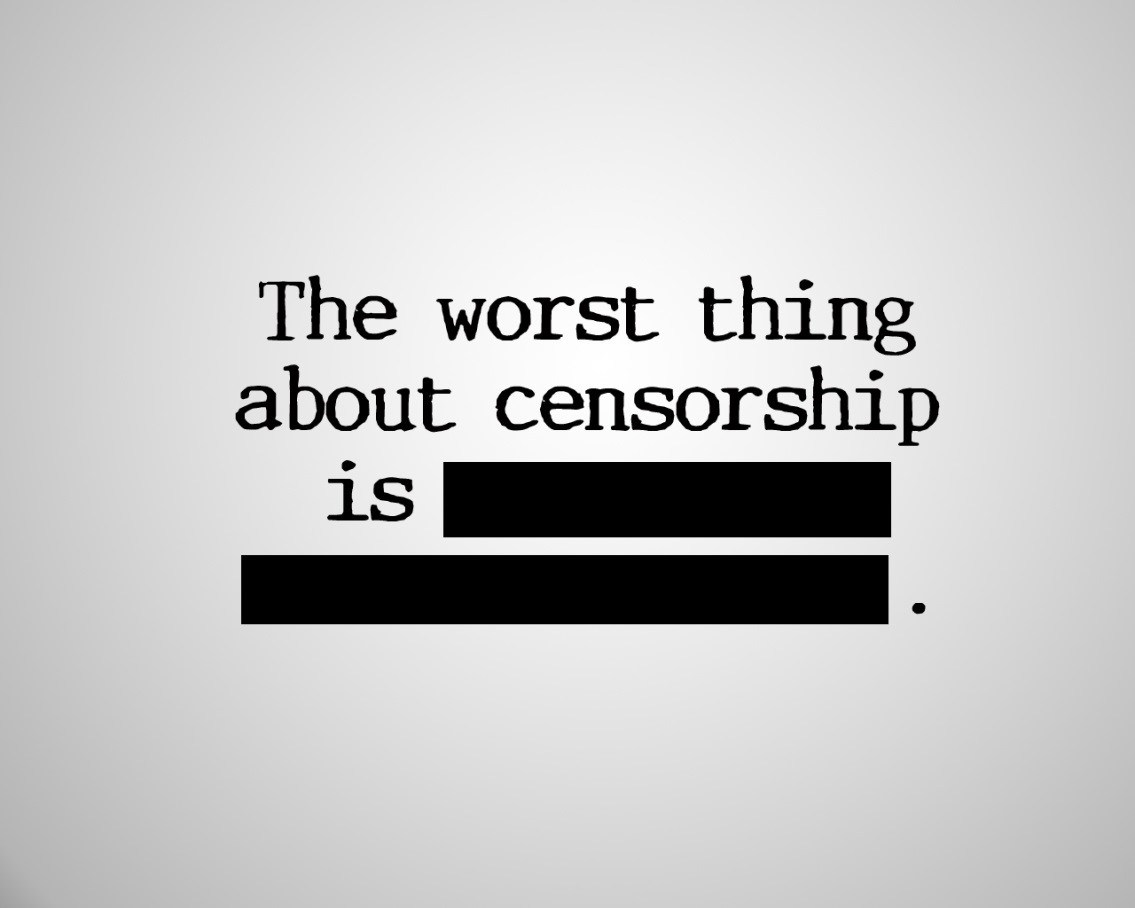 I Am So F***ing Tired of Censorship published by The 1st Amender
Writer Rating: 3.0000
Posted on 2018-05-07
Writer Description: Loves to blog and debate
This writer has written 205 articles.

I've seen so much censorship lately. It has almost been this popular trend to be as politically correct as possible. More and more I am seeing 3rd party companies take over and have desire to censor what is deemed "harmful ideas."  Now here is the worst part. There are people who actually support this movement. This callous hyper-conservative (yes, the leftists are behaving conservatively because they seek to vilify and denegrate those who come wielding the "free speech" sword) movement seems foreign to me.

We've had millions killed for hundreds of years so we can preserve our right to free speech. In the 1960's, it was required that the people would wield the "free speech" sword and shield to properly combat against the government when it came after them. People were killed, surpressed, denied, but eventually broke through and changed the world from the racist sexist 1950's into the accepting 1970s.

Though with the civil rights movement there is now a secondary civil rights movement. It comes in waves and it comes in a realm where we try not to offend others. While a noble effort, this concept is harmful. Things that need to be talked about are of harmful nature that only serves to "bring us back" are now supressed and silenced.

That's bullshit! People need the right to speak their minds! Worst comes to worst, we don't even have the ability to fight back mostly because the platforms people use to communicate are being monitored by the company that developed them. That means the 1st Amendment doesn't mean crap because it isn't our governments censoring people, it's the people censoring the people! This is a rare moment in history.

The MILLIONS of people that died goes to naught unless we fight this now. Your rights and your ability to say what you want to say, even if it is offensive, becomes a nightmarish Orwellian scenario where everyone is watching one another wanting to see who gets the most offended.

That is why I love this site. It advertises itself as being 'free speech' in its entirety. No censorship and libertarian-based. Sometimes the best idea is an offensive one, and it takes one person to make it push forward into the next REAL civil rights movement.  My recommendation is to make yourself an account on here... Write your shit. Share it. Show people that we are not afraid to voice our opinion. And in the end, it is silence that will destroy our civilization.