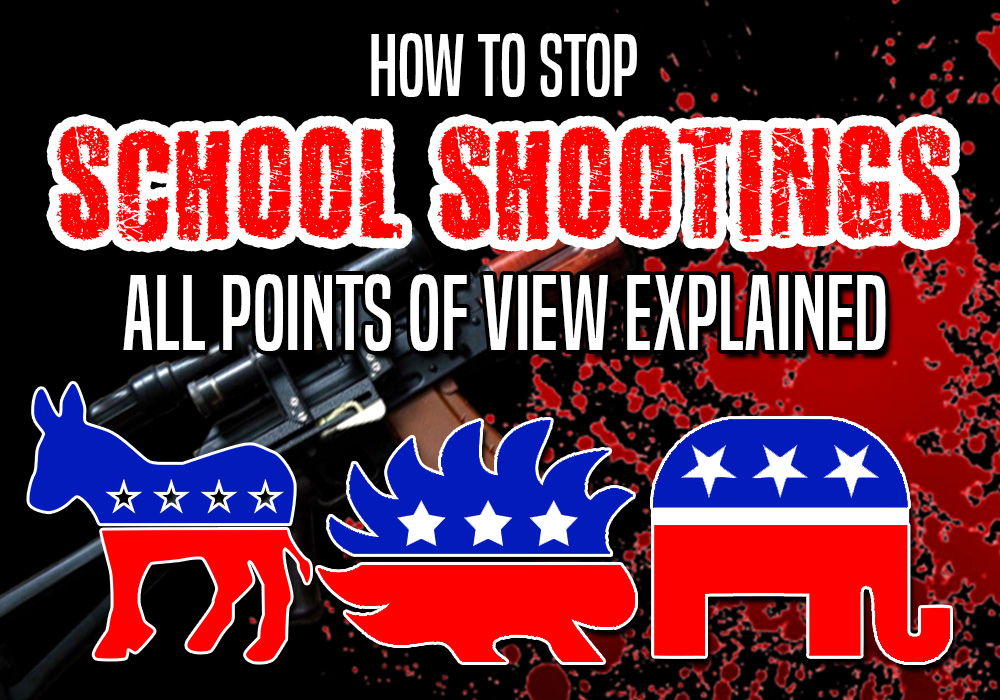 Perspective from the Middle - Gun Violence in Schools and What To Do About It published by The 1st Amender
Writer Rating: 3.0000
Posted on 2018-05-29
Writer Description: Loves to blog and debate
This writer has written 205 articles.

The gun control debate is an old one. One that has been talked about every time there has been a school shooting. There has been many different types of opinions stirring around and I wanted to give my two cents on the entire debate. Honestly, I have spent a good amount of time listening to both sides and what is the logical reasoning that causes them to think in that manner. Both on left and right view politics appeared to be different solutions to the same problem. But which is right? Which one should we go with? I wanted to review some of the pros and cons to each item in the debate according to myself. Why is my opinion valueable? Because I do not find myself identifying with Democrats or Republicans. Sometimes having an outside view to the entire debate can help shed some light.

I think we need to have light-touch approach to shootings. I think we also need to make sure we are reducing the 'demand' to why someone would be a shooter in the first place, not removal of individual freedoms. Remove the positive effects of being that shooter and also create environments for parents to watch and take care of their kids. We can't stop 100% of shootings but we can surely reduce it. My favorite method to stop the shootings? The libertarian ways listed above.