Larry Sharpe Being Suppressed on Ballot and on Facebook 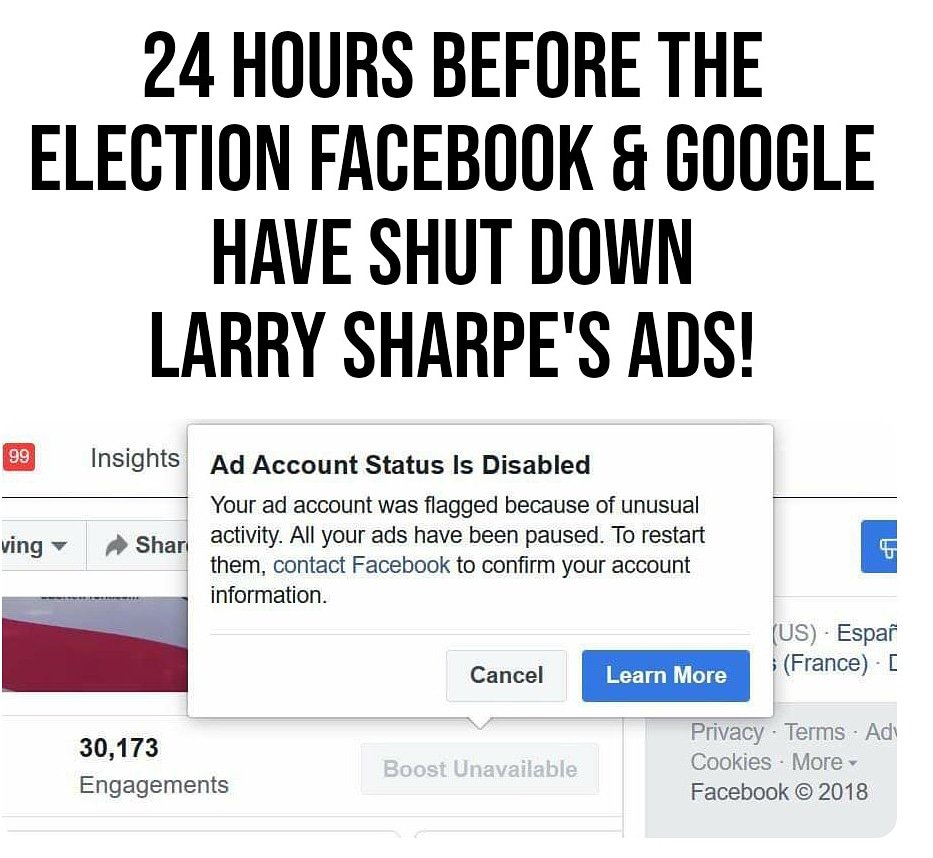 Larry Sharpe Being Suppressed on Ballot and on Facebook published by The 1st Amender
Writer Rating: 3.0000
Posted on 2018-11-05
Writer Description: Loves to blog and debate
This writer has written 205 articles.

We live in a society where currently the ones who have the ability to suppress free speech and freedom of the press can be controlled by the few tech giants. For those of us that do not know this, websites like Google and Facebook command huge hoards of data and search engine results which can be tailored to get promotion to specific websites and causes.

The next step in the question is: "Do they have the power to sway an election?"

Well, as of writing this article, @achollister pointed out: 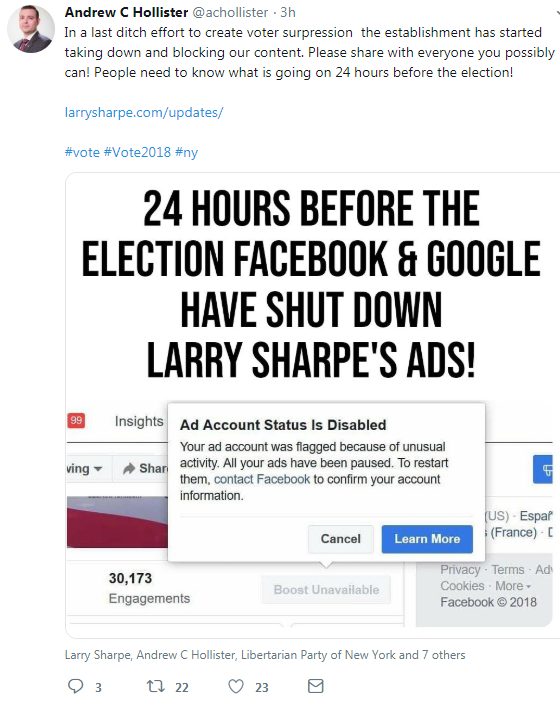 Larry Sharpe is by far the most popular candidate I've seen running for a state election featuring on such channels like Joe Rogan and many other highly popular and respected Youtube channels. Even better is that he happens to be a Libertarian running for causes that would easily assist in the prosperity of New York, which is currently riddled with anti-business policies choking the system of New York. This website promotes free thought and to not tailor your search results based on the notions of this site. Given that premise, it is very important to me that we get out the proven word of what Facebook is doing to its consumers. Share this article. Talk about it. Let others know that Larry is being suppressed in an attempt to make sure he does not get elected.

If you are in New York: vote Larry Sharpe! He is a man who is looking to promote overall prosperity and freedoms of people. Plus, if you see a Libertarian being elected on a state level, what is the chances someone else may get elected?

Edit: As an additional note it came to the attention that Larry Sharpe's placement in the New York ballot was clearly made to confuse and force someone to vote in Cuomo. Looking at the ballot, it appears that there are 4 placements of Andrew Cuomo running Democratic, Working Families Party, Independence Party, Woman's Equality party just to push Larry into the second column. Here is the picture proving it: 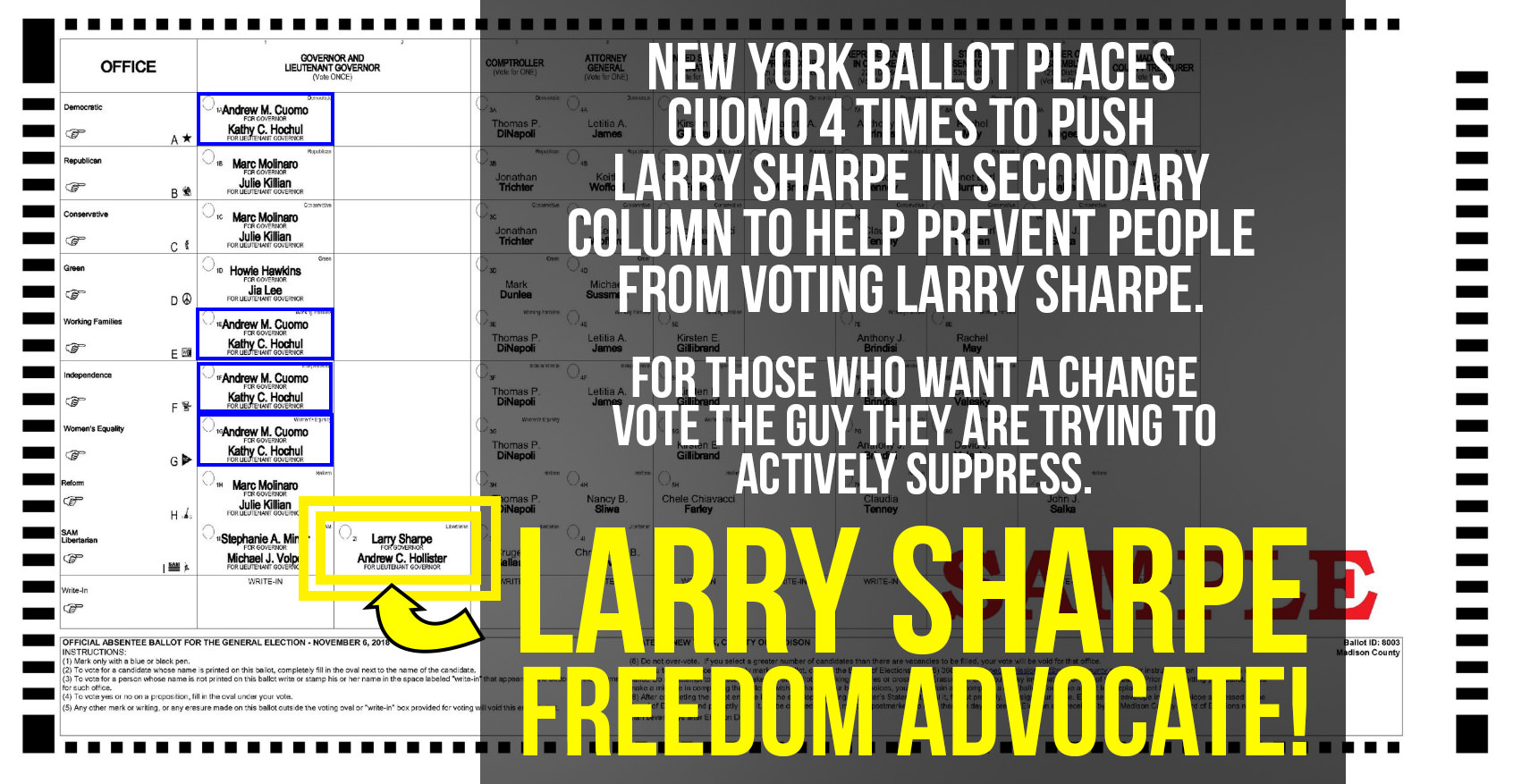 It seems that the corruption of politics never ceases to amaze me. They are deliberately trying to silence people who are advocates to freedom and well-being of people and to do so, simply place one candidate 4 times while Larry is stuck in the back. Nice move Cuomo.