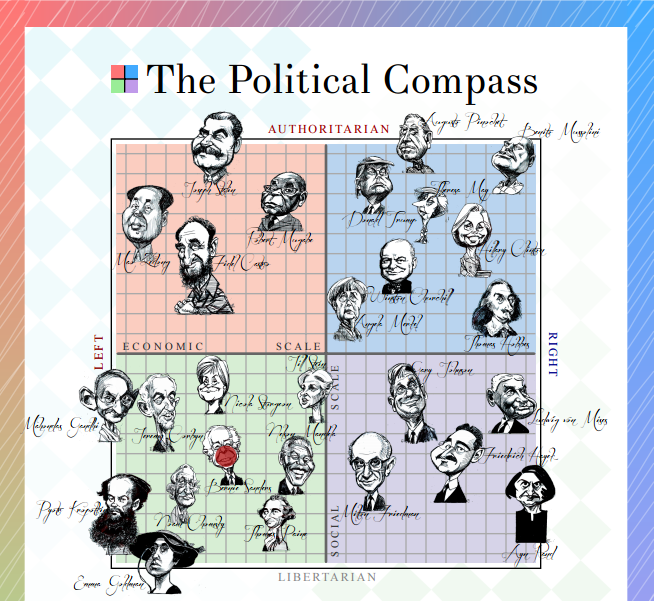 First I want to point out the two sectors of socialism to make things clear of where I come from. You have people who are authority based socialism. This includes people like Pol Pot, Joseph Stalin, Mao Tse Tung, and Fidel Castro. Basically the ideology of people who want to gain an authoritarian rule to create the "worker's economy."  This is the political system that actually exists. To top it off, we've seen it attempted and tried again and again only to show the huge absesses of inefficient economies causing a huge amount of death and destruction to make it a reality. Regardless, this is another subject that deserves a huge amount of articles to write about alone.

The part that is very interesting to me is the political system a lot of millenials will cling to. The social-based liberty model. This will be your sector that involves Green Party, Bernie Sanders, Ghandi, etc. They do not trust an economic system based on private benefit. The part that makes me think that their political system cannot exist is because a lot of the social programs focus on it's inception by voluntary release.

The idea that social programs and economic "giving" can exist on it's own without force is in itself impossible. While I am not saying "helping people" is not possible, I mean a large system to help assist in a more social giving than for economic benefit can exist without the existence of force. In order to have a social system of larger scale, it requires a forced distribution of some kind, effectively making your peace-loving social system into an authoritarian social system bent on creation of inefficiency due to beurocratic red tape of government.

Let's give an example. Think about a medical system by its own merit. Under a social liberal system you can think of a medical system that doesn't require money to be taken care of if you're sick. So everyone gets medical treatment regardless of whether or not they have money. This is a great thought and a great premise. A noble effort to say the least. Now how realistic is it? Think about the level of products that must be made to make this a feasible system. You need to have pill manufacturers, research and development firms provide service, doctors who have to stick around and assist patients, bandage manufacturers, buildings erected in the name of social healthful inclusion to all people, and so on.

How is all of the players in the health industry supposed to assist someone without expecting anything in return? Look at it in terms of just one of the cogs in the system. The pill manufacturer for example. The pill is being made to assist in an illness and now you have the people unanimously agree: "Okay now you need to give this to us for free, hopefully without force. Is that okay?"  Most businesses aren't interested in relinquishing their own product for nothing. They want a benefit for their donation of some kind. Usually monetary. While you have corporations that are voluntarily donating products and services to make things better, you cannot assume that all corporations will do this without expecting something in return.

Now here is where the social libertarian philosophy gets dicey. You have that same pill manufacturer that refuses to hand out their product for free. Let's say that it is the only pill that can help in this specific business, and for simplicity sake, it cannot be remade by someone easily without a great deal of effort. Now it comes into the realm of force. You have to make them provide so that people can have that benefit. This means forceful seizure of property to make sure that the product is given to the people. For the good of the people they say.

Now we see economically that a social libertarian cannot exist. You have to have authority to get people to offer a service for nothing. And with that being said, creates a horrific scenario that degrades the overall quality of life till there is nothing left.

There is only one answer remaining that would bring the highest overall quality of life which has proven itself throughout historical context: Laissez-faire capitalism. With that being said: