How is The Free Exchange of Ideas Nazi? 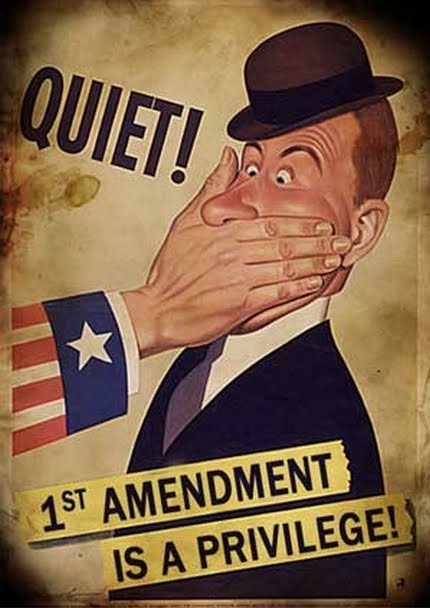 How is The Free Exchange of Ideas Nazi? published by The 1st Amender
Writer Rating: 3.0000
Posted on 2018-11-29
Writer Description: Loves to blog and debate
This writer has written 207 articles.

I was just pondering on the freedom of speech today and saw this picture posted on the Libertarian Reddit: 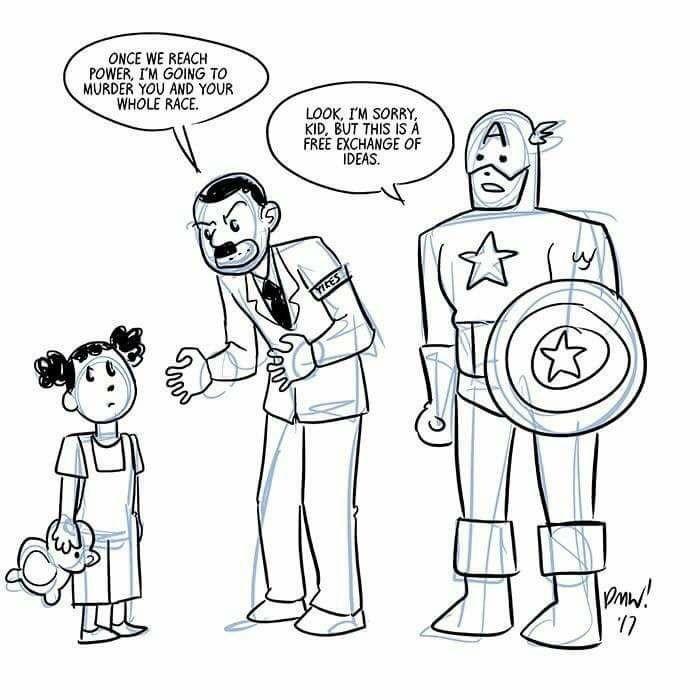 Unto which it came to the realization that people actually consider the right to free speech as being an excuse for Nazi ideology, or that it falls in line with the ideology of Nazis. People believe that it creates a platform for Nazi, and therefore in effect supports Nazis. That is what people seem to believe anyway. What a black and white understanding of the world around you, childish and trite. Honestly in my thoughts, a Nazi ideology cannot exist when you have freedom of speech. It was under Nazi totalitarian rule that the freedom of speech in Germany was removed. People who spoke out against the atrocities of Nazis were simply taken away. People who would simply disappear and never be heard from again, most likely taken to a labor or a concentration camp.

Now you look at the overall freedoms that people are supposed to be granted, though the government constantly steps on these amendments despite founding principles. Let me first start out by telling you. Just because you are a supporter for free speech does not mean you support Nazis. You let the Nazi talk, sure. You let them say what they have to say, and we jeer and laugh at their unfortunate understanding of the world around them. They lack depth and no speech they state is going to change the minds of individuals with any brain at all.

You let anyone talk. That's the point of free speech. This includes the terrorist, the Nazi, the KKK, Antifa, et cetera till they are blue in the face. Yet by our founding principles we make sure they are not allowed cause physical harm to another individual. They may wish harm, but when it comes to enacting such actions is where we must fight. But not when they talk. They're too easy to laugh at. To silence them is to give them validity in what they say, and they have absolutely no validity to begin with. Yet we let them talk so that we ourselves may have the right to talk as well.

So in my opinion, no. Just because I support right to free speech does not make me a supporter of Nazis. I abide by the founding principles of what made this country great and one of them happens to be the freedom of speech. You fight people who attempt to muddle the waters in effect to help stop freedom of speech, collectivist ideology filled with authoritarian right or left principles are still authoritarian by premise. When you see that is the sooner you can allow corruption in general to exist. Screw regulating people and what they say. Stop promoting it and pretend you have an argument, because you don't.