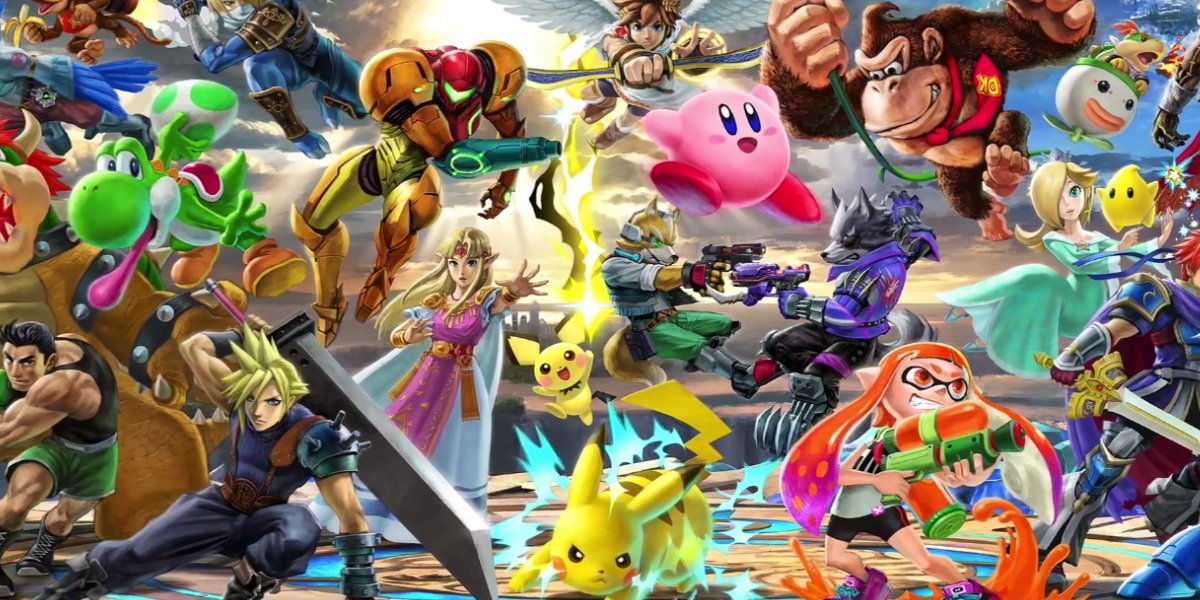 Okay so I have a confession to make.

I am really good at Super Smash Bros. games. Well, maybe not tournament winner level good but definitely get into the finals good. There have been people in the past who have been so ludicrously good there was no way I could beat them. Yet at the same time I was good at beating 98% of the player base. So that in my own right I felt good.  With that being said and with H1 notation:

THE NEW SMASH IS COMING OUT MIDNIGHT WOO!

I'm a bit excited into the hype of it all. Masahiro Sakurai has never dissapointed me yet, and he won't dissapoint me today. For those who are Melee purists, please understand:
I grew out of Melee a long time ago to get with the times. And I would be one to say the series has gotten better with time. What with continuous improvements to the mechanics and gameplay making it more and more fun to play with time, and less of the wave-dashy exploits that exist in Melee (which some might consider a good thing. I don't consider exploits a good thing in the sense that the game wasn't intended to be played that way, but is because it is the most efficient way to go)

Regardless, I'm excited to see what we get tonight at 12am. We're going to see one heck of a time and I hope to see you all there at the tournaments sometime.

I write one article a day on 1stAmender.com Monday through Friday. Most of my articles are extremely politically charged and highly controversial. Feel free to write your own articles so your opinion gets out there as well. It's all anonymous and free.