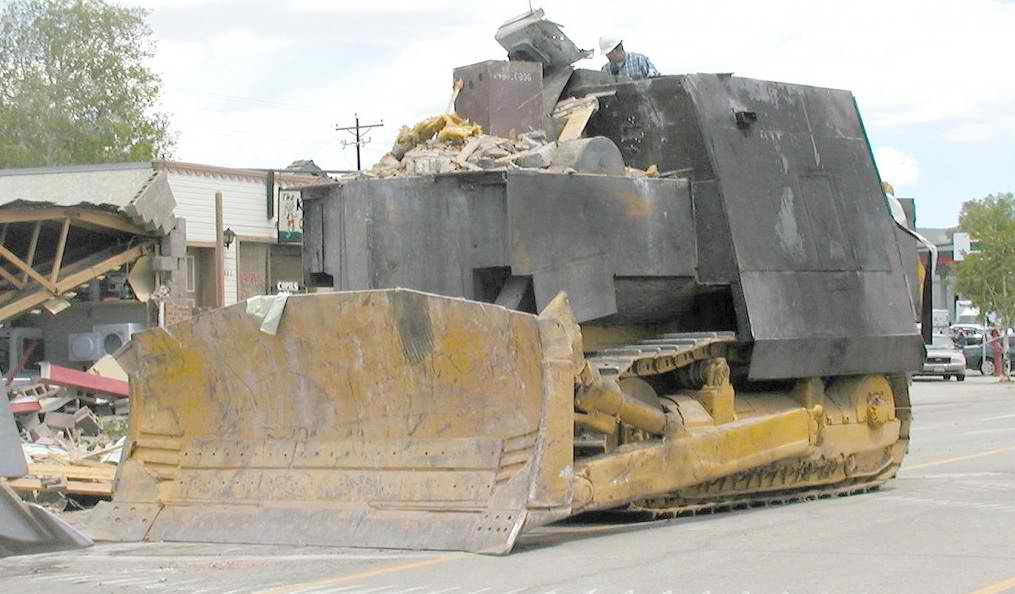 Story of The Guy Who Tried to Stop The Government with A Homemade Tank published by The 1st Amender
Writer Rating: 3.0000
Posted on 2018-12-18
Writer Description: Loves to blog and debate
This writer has written 205 articles.

Marvin Heemeyer is the man who attempted to take matters into his own hands after he got screwed by his local government. As it turns out, this is not a story of hilarity, but sadness. It is the story of a man who was driven over the edge by his local government driving a model citizen into a violent rampage-filled man. Though without further ado, introducing Marvin Heemeyer: 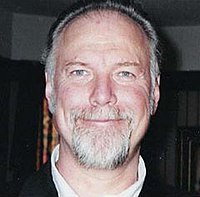 Marvin Heemeyer lived in Grand Lake, Colorado. He had moved to this town about 10 years before the incident. He had no relatives in the Grand Lake area. He was considered by most to be a likeable person. Someone "who would bend over backwards for anyone" said his brother, Ken Heemeyer. Marvin, like any person with entrepreneurial spirits, decided to start a business. He was going to purchase 2 acres of land from the Resolution Trust Corporation. He purchased the land and built himself a muffler shop. Then here is where things get dicey. The muffler had a pathway that was in use where he would be able to get to his shop, and apparently a new business was to be built next door, effectively destroying his path to his business. The Mountain Park Concrete plant was made, and they attempted negotiations with Marvin Heemeyer to sell the land. The agreed price was $250,000, Heemeyer then decided to change his mind to 375,000, and again to 1 million. It was readily apparent to Mountain Park Concrete that Marvin was not interested in the business deal.

In 2001, the zoning commission and the town's trustees approved the construction of a concrete batch plant despite what Marvin Heemeyer wanted. Heemeyer filed for an appeal but was unfortunately unsuccessful. For several years, Heemeyer used an adjacent property as a way to get to his muffler shop. The plan for the concrete plant effectively blocked that access. Additionally to add more frustration to this case for Heemeyer, he was subsequently fined a $2,500 by the Granby town council for various violations which included "junk cars on the property and not being hooked up to the sewer line" which had apparently been disconnected during construction of the concrete plant.

Heemeyer was completely beside himself. The local government so destructive, to the point they would drive a reasonable man to action in his own hands. Now here is where things get interesting. At some point he had purchased a large Komatsu D355A bulldozer to assist in building his own pathway to his muffler shop at the time, but had been denied by the city. So he sat there and had this giant bulldozer in his garage. In secret, he decided to weld himself a giant metal top for the bulldozer to then be lowered onto the bulldozer, leaving no entrance other than to simply raise and lower it with the access of a crane.

Found in notes by Heemeyer: "I was always willing to be reasonable until i had to be unreasonable", he wrote.

"It is interesting to observe that I was never caught. This was a part-time project over a 1 and a half year time period."

He was surprised that several men, who had visited the shed which had his killdozer in it had not noticed the modified bulldozer, especially with the 2000 pound lift fully exposed. Somehow their vision was clouded. So there he had the makeshift armor plating covering the cabin, engine and parts of the tracks. Some areas had armor that was over 1 foot thick which consisted of 5000-PSI quikrete (concrete mix sandwiched between sheets of tool steel) to make an ad-hoc composite armor. This made the machine impervious to small arms and resistant to explosives.

For visibility, the bulldozer was fitted with several video cameras and two monitors mounted at the vehicles dashboard. The cameras were then defended with bullet proof plastic to prevent shots being fired into the cameras. He also had compressed air nozzles to blow dust away from the video cameras. He fitted three gun ports for a .50 caliber rifle, a .308 semi-automatic rifle, and a .22LR rifle fitted with a one-half inch thick steel plate. Heemeyer, by design, had no intention of leaving the cabin once he entered it.

On June 4, 2004, he drove his armored bulldozer through the wall of his former business escaping towards the concrete plant, blowing through the concrete plant. He then made his way to the town hall, then to the office of the local newspaper that editorialized against him, the home of the former mayor's widow, and a hardware store owned by another man Heemeyer named in a lawsuit, as well as a few others. Owners of all the buildings that were damaged had some connection to Heemeyer's disputes. The attack lasted for two hours and damaged 13 buildings. He knocked out natural gas service to the city hall and the concrete plant, damaged a truck, and destroying part of a utility service center.

Though there was great damage, Heemeyer killed nobody, except for himself. The damage caused was estimated around 7 million dollars. One officer dropped a flash-bang grenade down the killdozer's exhaust pipe which created no immediate apparent effect. State patrol, and a SWAT team walked behind and beside the killdozer and fired, but the armor was impervious to their shots. Attempts to destroy the cameras also were attempted, but thwarted again by the bulletproof plastic. Eventually, Heemeyer's killdozer became stuck at the Gambles hardware store. 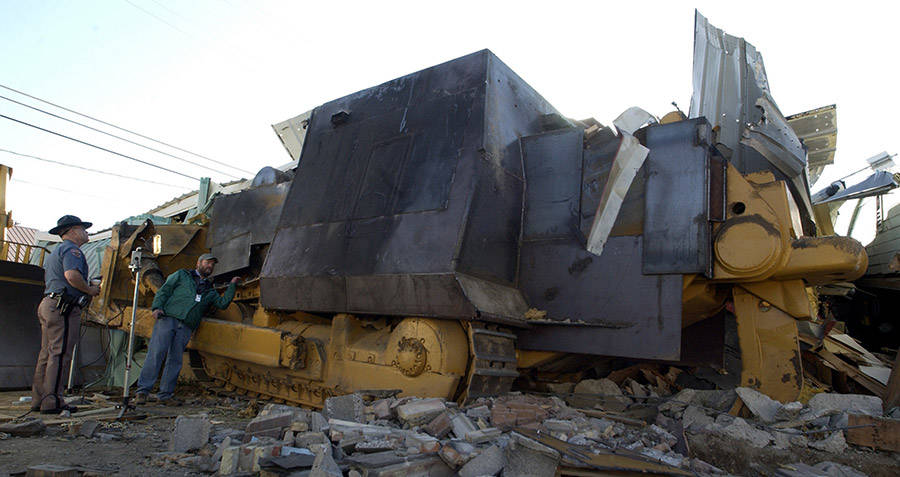 Eventually, with the stationary killdozer, with the use of an oxyacetylene cutting torch, managed to get inside the cockpit of the tank.  Heemeyer was found dead, having shot himself.

This is a sad story which brings to light the power of government and the cause of an authoritarian stance by a government. This type of policy drove an otherwise good man into madness, who sought to attack those who attack him. Make what you will of Marvin Heemeyer, he was peaceful, and then he wasn't.