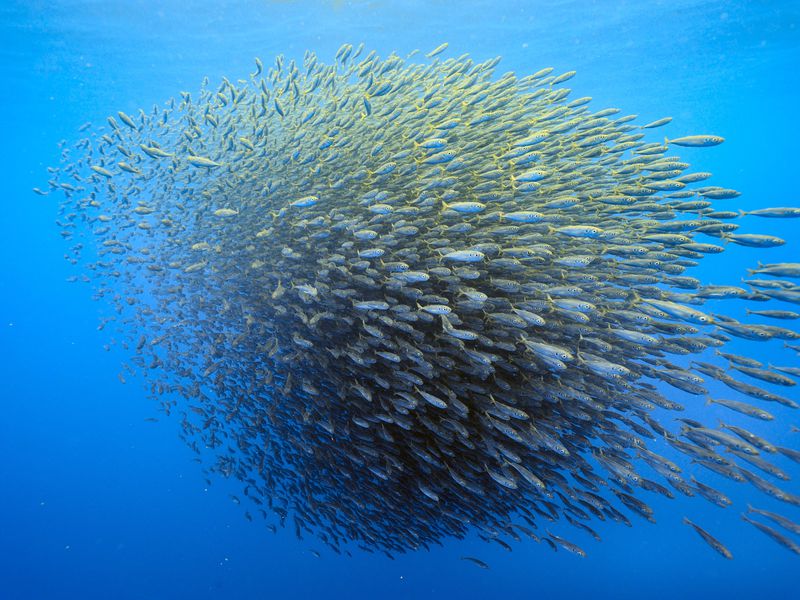 The Law of "Spontaneous Order" and Why It Explains The Inefficiency of Government published by The 1st Amender
Writer Rating: 3.0000
Posted on 2019-01-10
Writer Description: Loves to blog and debate
This writer has written 205 articles.

Imagine a crowded ice skating ring. Imagine if there were many many people in this ice skating ring, and that there exists a huge amount of people having fun and rolling around in their ice skates. Everyone, though not by specific order, somehow managed to maintain that every person harmoniously moved in a counter-clockwise motion. This motion, whether not being dictated by a central figure, was a self-decision that was made by every individual and eventually led to the spontaneous order. Now imagine this same ice skating ring, but now, with a manager that looks and tells the others how to skate. As soon as you bring this person to direct the other 50 or so people in the ring, it causes a lot of chaos. Tripping, people not understanding what is going on, instructors telling you that you are going the wrong way, and so on.

The point being that this is a law of nature, the law of spontaneous order. It exists not only through biological reference in the animal kingdom, but additionally in laissez-faire economic structures. Many economic classical liberals, such as Hayek, argued that market economies are a spontaneous order. "A more efficient allocation of societal resources than any design could achieve." (Hayek cited. Petsoulas, Christian. Hayek's Liberalism and Its Origins: His Idea of Spontaneous Order and the Scottish Enlightenment. Routledge. 2001. p. 2) The claim is that spontaneous order is superior to any other order the human mind is able to design because of the specifics of information required to make a cohesive economic principle. Centralized statistical data has never been able to convey the information necessary because the statistics are specifically designed to abstract away the particulars of an individual situation for each person.

Given that each person has literally thousands of decisions to make a day in their current economic situation, there is no possibility for government control to maintain any level of efficiency when regulating the market. Price is the aggregation of information acquired when the people who own resources are free to use their individual knowledge. It allows everyone dealing in commodity or its substitutes to make decisions based on more information than the individual could personally acquire. Information not statistically conveyable to a centralized authority. Often interference that occurs from a central authority, in actuality, has unforseen consequences that the regulators could not forsee because they do not know all the particulars involved. Just a statistical study.

This brings in the concept of the invisible hand by Adam Smith: 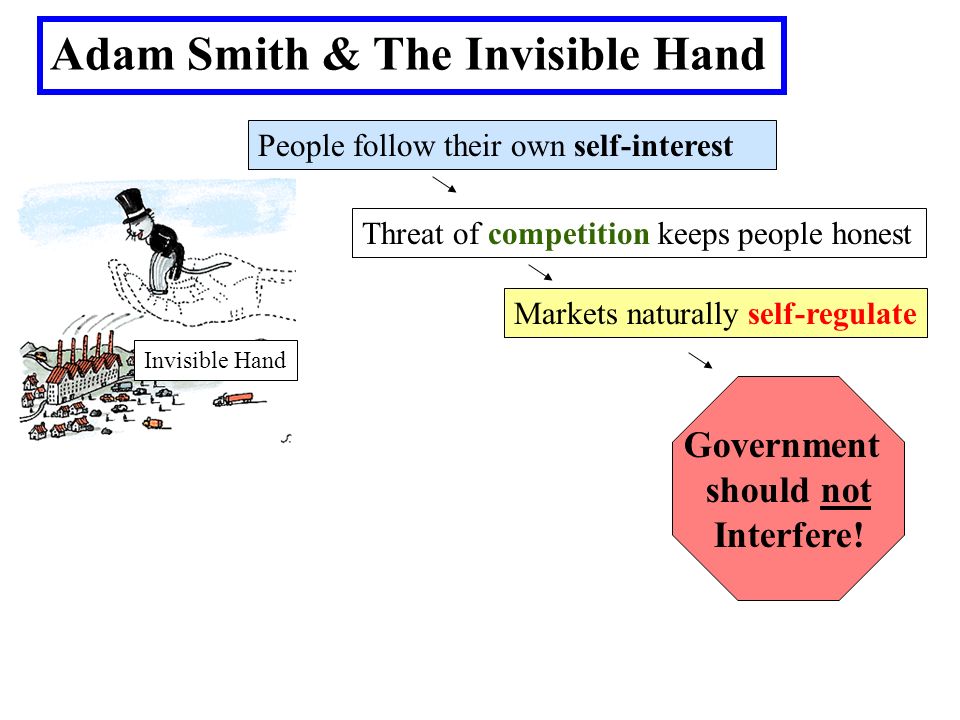 Thus in this view by acting on information with greater detail and accuracy than possible for any level of centralized authority, a more efficient economy is created to benefit that whole society. To leave off on a quote from Laurence Reed, president of the Foundation for Economic Education describes spontaneous order in the following way:

"Spontaneous order is what happens when you leave people alone—when entrepreneurs... see the desires of people... and then provide for them. They respond to market signals, to prices. Prices tell them what's needed and how urgently and where. And it's infinitely better and more productive than relying on a handful of elites in some distant bureaucracy."