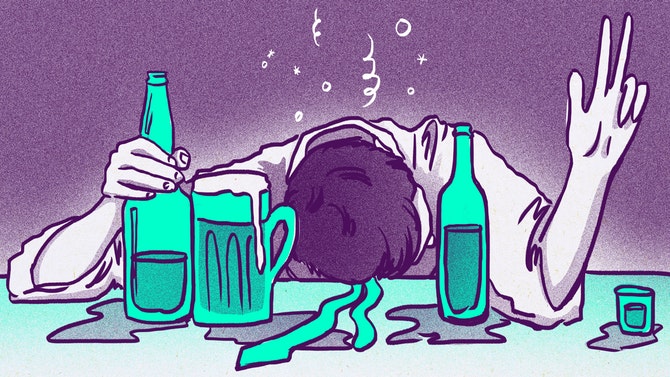 The Drunkard Economy of America - What Would Happen if A Libertarian Got In Office To Fix It published by The 1st Amender
Writer Rating: 3.0000
Posted on 2019-01-16
Writer Description: Changing the way people think about news.
This writer has written 203 articles.

This debt is so monumental, there is nothing a single president, or even a multitude of presidents can fix. The debt, being where it currently is, we have trouble paying just for the interest rate. Let alone the debt itself trying to shrink it. In order for us to be able to pay for the interest alone, the United States government has resorted to monetary spending by the printing of money. The interesting thing about the blatant printing of money is that thankfully, in the short term, it works. Here is the current monetary base and the increase of money that has been printed in the past few years.

Does this scare you? It should! Regardless, how printing a large quantity of money works is that thankfully, the bills get paid. People continue to work. Imports keep coming and exports keep going. In the short term, it appears almost as if it were magic. Money coming from nothing. Though unfortunately, the magic is often short lived. Specifically that inflation rates would end up increasing total monetary supply, and those who have saved their wealth would soon find themselves broke with their money, unable to purchase most of the things it used to. As it turns out, it requires roughly around 9 months for an economy to fully catch up to the printing of money, and the inflation to effectively have watered down all the way through its businesses which cause a devaluation of our currency.

It is because of this that something has to happen. The dollar must devalue regardless of what a politician or it's people think. It also doesn't matter who is in office. As an interesting analogy, the United States economy is very similar to that of the drunkard. Printing money being the alcohol. And the hangover being the inflation. Things may seem to be okay in the short term, in fact, it may seem great. The drunkard managed to get drunk and enjoy their day. Yet when they wake up in the morning, wake up with a hangover, and less money in the drunkard's wallet. This occurs the same concept as to the economics of the United States. Not only does the United States need to go cold turkey, but the United States effectively needs "rehab" with how bad the issue is.

Rehab of course, being the dismantling of the gigantic government spending. This is something a Libertarian would attempt to achieve. If a Libertarian would get in office, most certainly would actually result in a sure-fire economic collapse. But, just like any rehabilitation program, exists the initial negative effects of withdrawal. The drunkard reels and churns in his bed really wanting that drink. The United States would cringe and grip at it's politicians demanding the usual handouts that have existed for so long. But this is not something that simply goes away without this rehab. The initial economic collapse would be devastating. Those who have grown to rely on it would simply have to find new jobs, and new industries being made. Though, with rehab, the benefits wouldn't be "now". The benefits would most certainly be later.

A sober America. An America the founding fathers would be proud of. Not this current government which favors in constant handouts to many different lobbyists and the people demanding the handouts for their "good cause." We need to be able to stop the current onset of the heavy drinking that is the United States economy, we need the economic collapse to be able to bring things back to where they were, but for now, we enjoy yet another drink.