Executive Order Announced: NO Vacation for the house Democrats till We Talk the Wall! 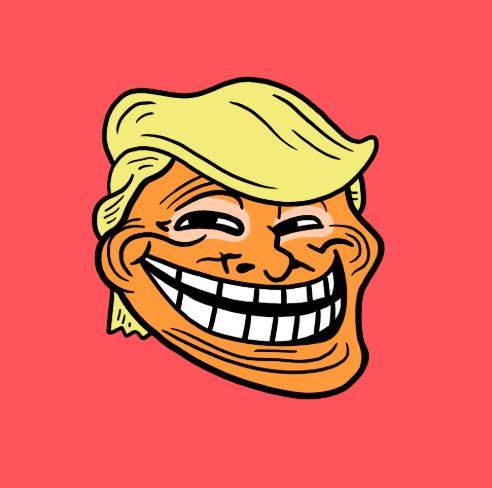 Executive Order Announced: NO Vacation for the house Democrats till We Talk the Wall! published by The 1st Amender
Writer Rating: 2.0000
Posted on 2019-01-18
Writer Description: Changing the way people think about news.
This writer has written 203 articles.

It was the 17th of January, 2019. Speaker of the house, Nanci Pelosi, and several other Democrats were going to head out to Brussels, Egypt, and Afghanistan. Nancy Pelosi's spokesperson, Drew Hammil, stated that there was a scheduled meeting with North Atlantic Treaty Organization allies. One hour before departure, the Democrats being trotted to the tarmac with an Air Force bus were forced to turn around due to this letter: 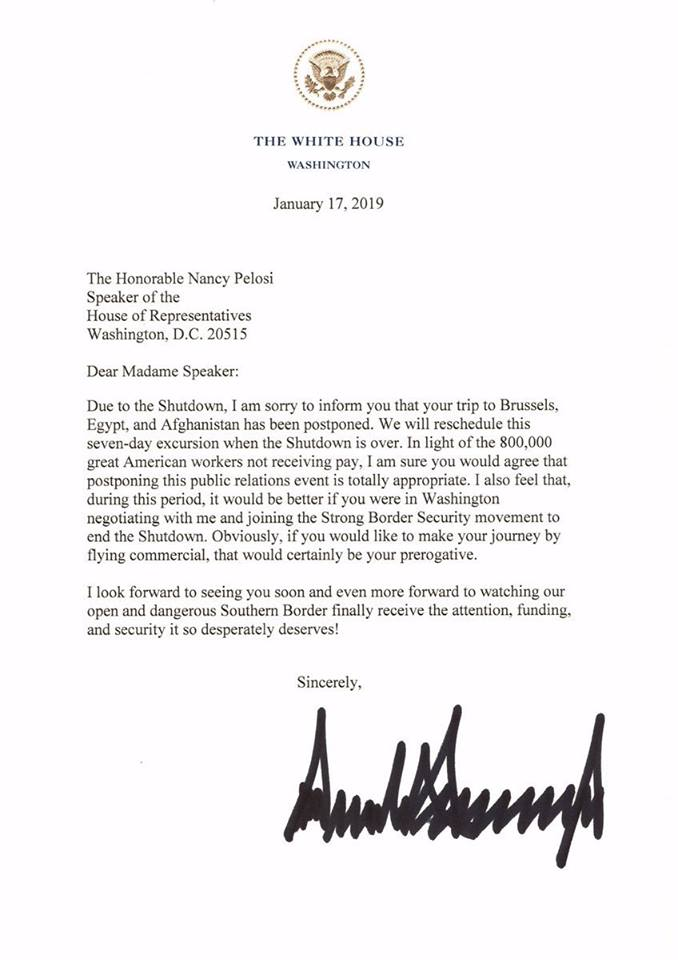 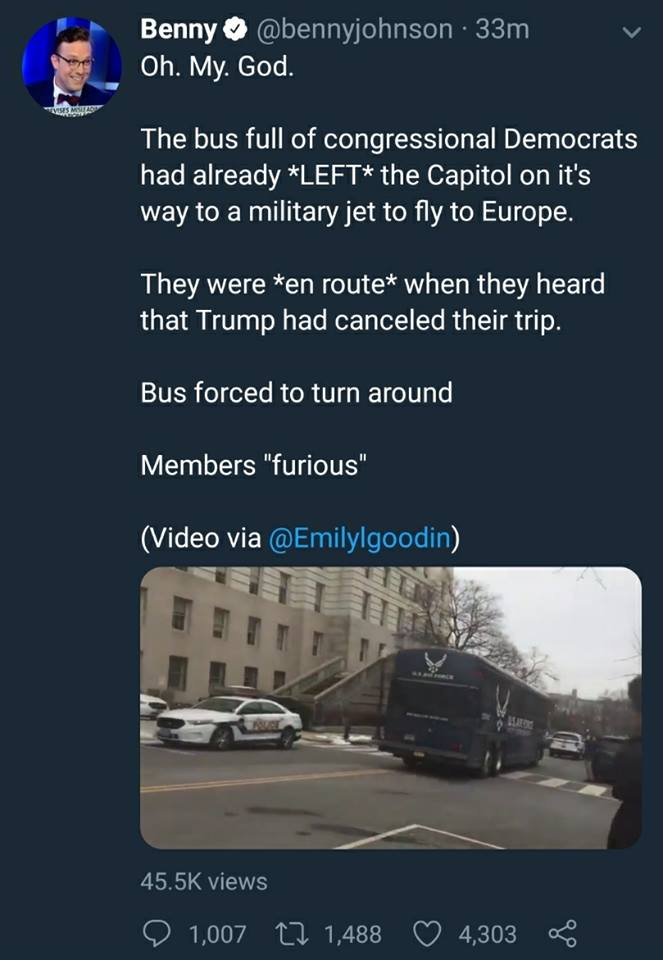 As a Libertarian, while this is a gross use of power. And Democrats on their end trying to run away from a very serious issue that is preventing people from being paid, is still, somewhat humorous.