A Libertarian Understanding of The MAGA Hat Smug Kid Face 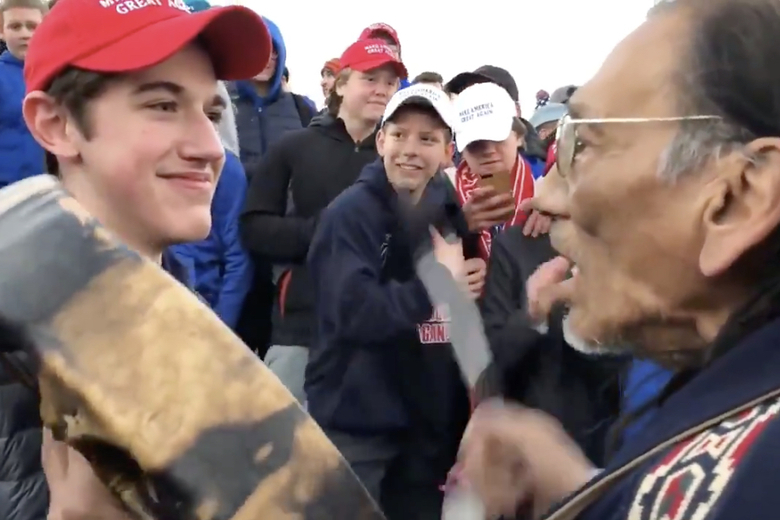 A Libertarian Understanding of The MAGA Hat Smug Kid Face published by The 1st Amender
Writer Rating: 3.0000
Posted on 2019-01-22
Writer Description: Changing the way people think about news.
This writer has written 203 articles.

In recent news, particularly of mainstream media, posting an interesting picture that was captured at the Lincoln memorial depicting a 16 year old with a MAGA hat on. While this child had a MAGA hat on, staring with an apparent grin facing a Native American beating on a drum. This is the picture that caused the entire media to lose their minds at the rampant "White privilege."  Here are a list of articles showcasing the MAGA hat kid: 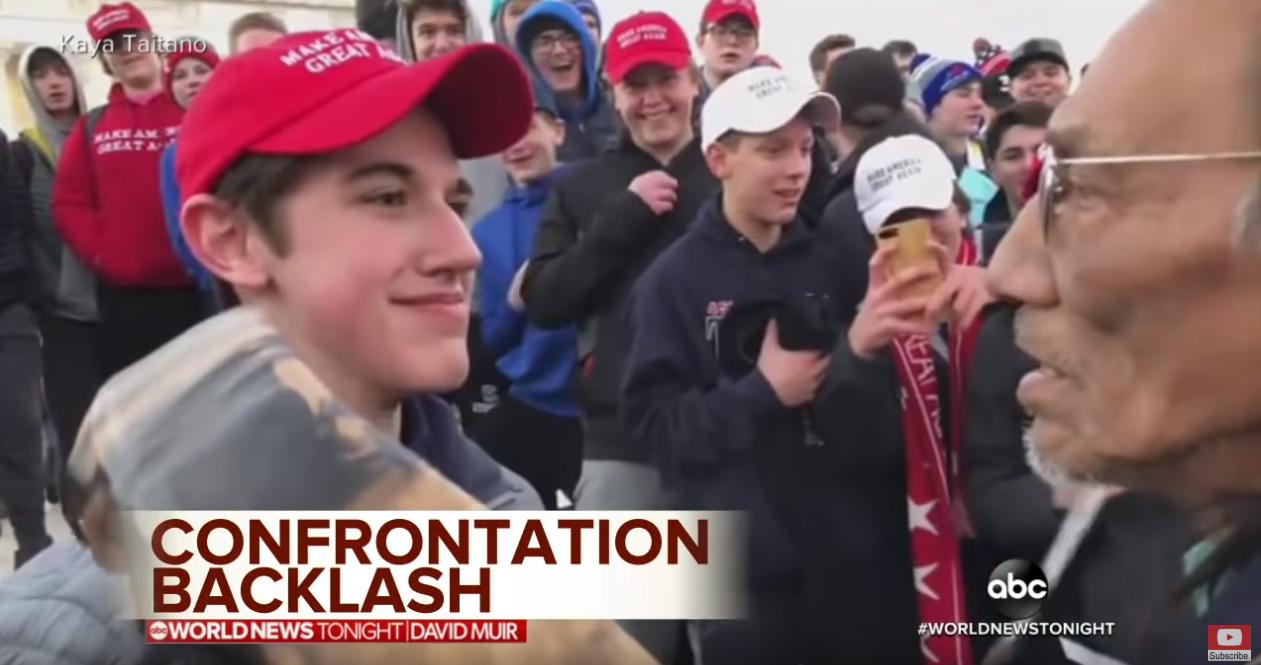 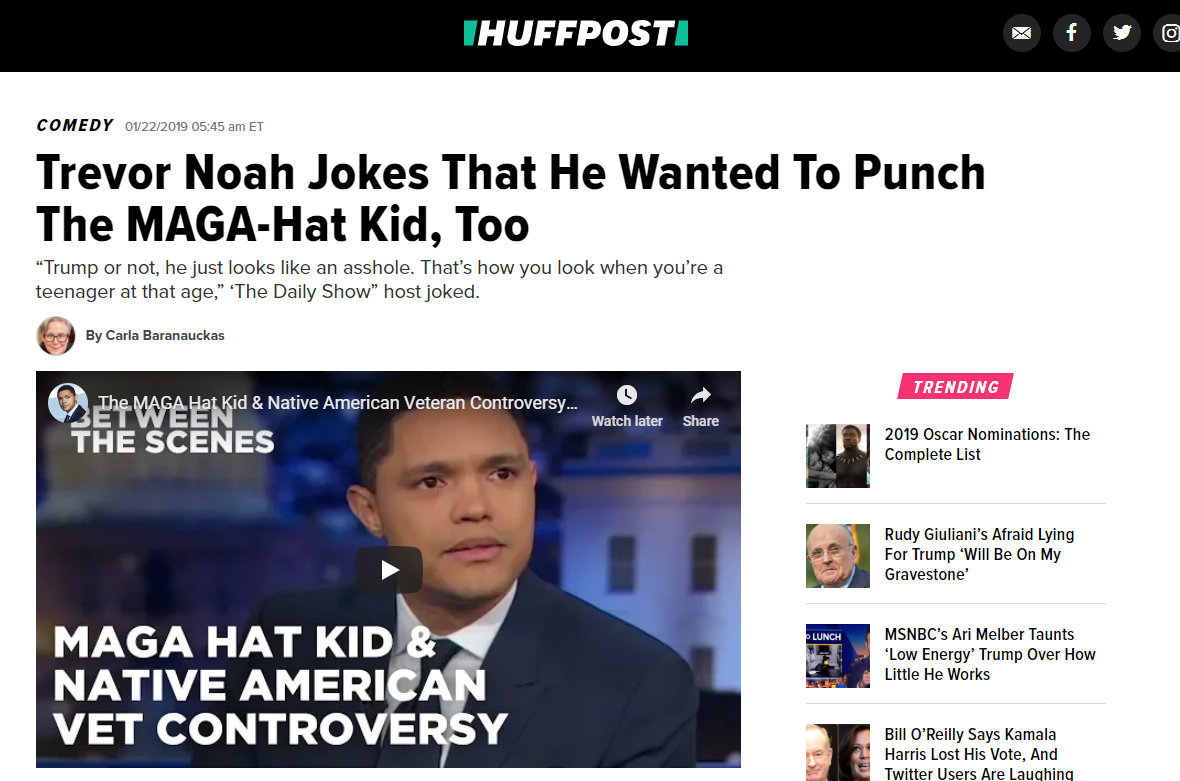 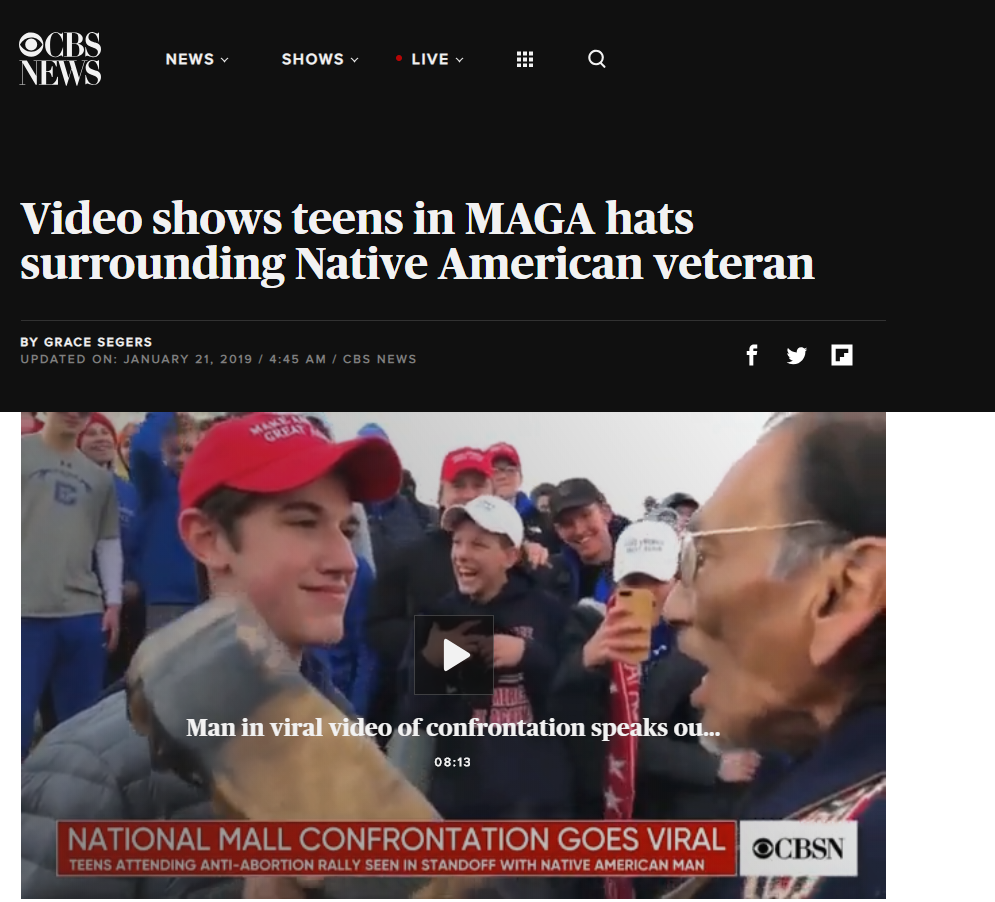 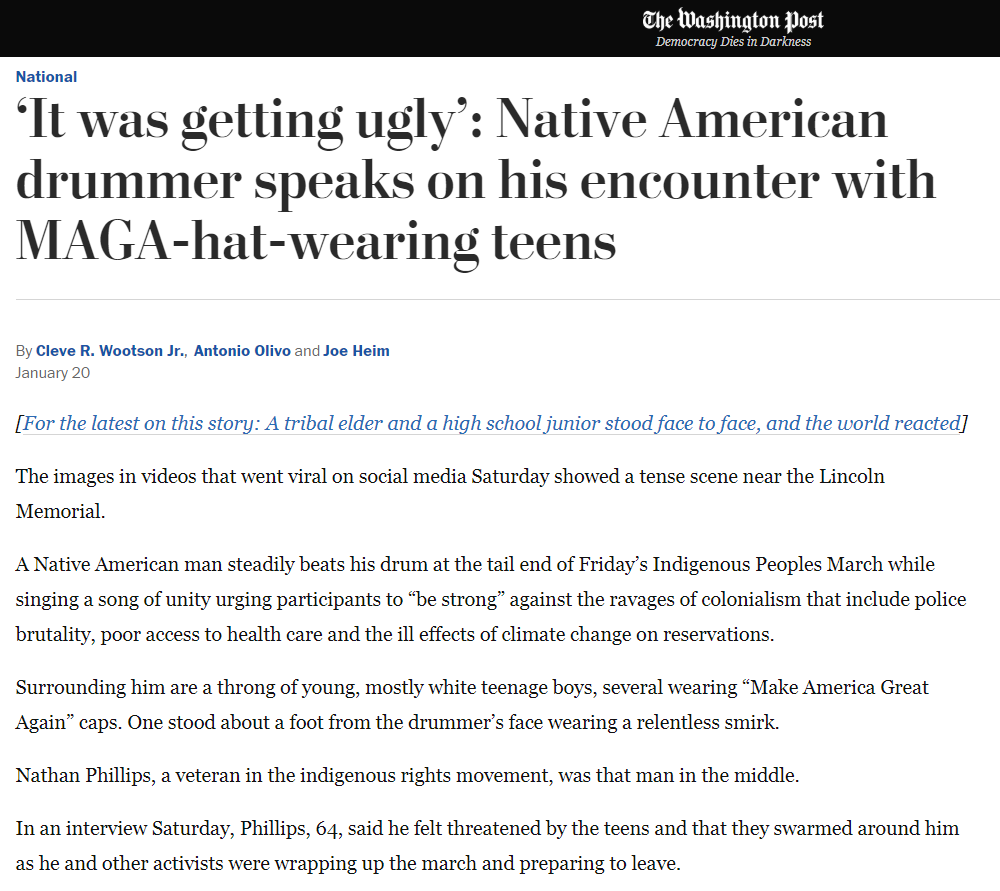 This is a series of completely ridiculous things that show really a deeper root of the issue. From the child's perspective, one may think their smugness deserves a "punch me" sign over his head. Though when you find out more about the young adult, it goes to show that he was in a private Catholic School and performed a silent prayer. Additionally his school was performing not political chants, but simply school chants when the Native American came up and banged his drum in his face. The intent of the smile was meant that their group effectively meant no harm, as there was quite a bit of tension.

Meanwhile there was a group of African-American pro-Muslim group that was calling out and jeering against the MAGA hat students. At the end of the day, when looking at this from a Libertarian point:

At the end of the day for myself, this just serves as a comedic understanding of what our current political situation is looking like. Looking at the smug kid's face and everyone freaking out about it, just serves to me as pure comedy. I laugh at all the people who stare, jeer, and dismiss some kid who didn't even mean any harm. I laugh at those who think this is even relevant news. I laugh at those who, while many injustices happen by our government on a daily, really mean nothing when you can point out some smug kid's face. 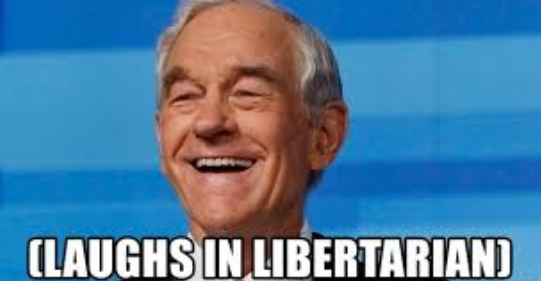