Pornography - How the Democrats and Republicans Get It Wrong 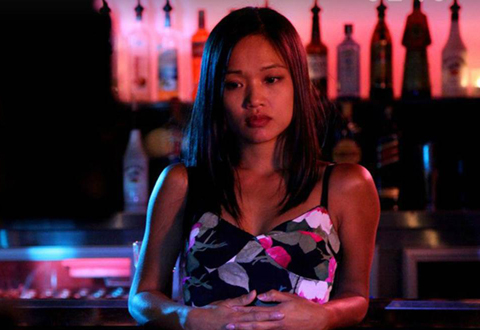 Pornography - How the Democrats and Republicans Get It Wrong published by The 1st Amender
Writer Rating: 3.0000
Posted on 2019-01-24
Writer Description: Loves to blog and debate
This writer has written 205 articles.

Pornography has high societal burdens. One of which would cause the efficacy as to the validity of whether or not it should be legal. In fact, in most situations, the distribution, creation, sale, and ownership are all highly regulated. The Supreme Court are the establishers that obscenity is not protected by the First Amendment, but the difficult question in each case has been defining what is and is not obscene. Several court rulings have slowly shifted the broad forbidding position in the late 1950s to the 1970s, stating that communities could set the standards to obscenity. This has been a tug of war that has existed between and has continued to this day.

Now to bring into the two parties, and their point as well as the validity of each point. From the Democratic perspective; it is under the understanding that pornography causes no harm to society. That people should be allowed to sell, distribute, produce, use, and own pornography. That it shows absolutely no moral standard for people to force others being that it inherently causes no harm to society.

From the Republican standpoint calls for the immediate repeal of pornography. Mostly because of the morally reprehensible behavior that it so fosters in the simple act of distributing, selling, buying, owning, and peddling of the pornography. That it is up to the government to enforce laws that prevent pornography to exist in people's lives, and to protect the nation from ill-conceived behavior.

Both of these points miss the mark. Specifically when speaking about the aspect of ownership of pornography, it pertains to individual property rights. It is through property rights that you can hold your own household, your land, and claim it as yourself. Just as you can own a magazine featuring obscenities and pornography, you have the right to own that property. Being that not only do you have a right to your own property, but also that it is not up to a legislator, or a government to deem the product as harmless or harmful. It requires a look into whether or not you believe in the forceful seizure of private property, or simply saying that there are no negative externalities caused by the existence of pornography.

It comes down to it has to be in the right of the people to decide on their own whether or not they should be allowed to distribute, sell, buy, and own pornography at their own leisure. I have also heard of some Libertarians who might actually believe that if this is the case with pornography, then certainly child pornography should be allowed. This is not the case. Regardless of intent, or the personal rights and freedoms of individuals, in order for child pornography to be obtained, it requires a child often held against their will to solicit the use of their body.

Being that a child cannot make sound realistic understanding of consequence, that their frontal lobe is not developed until the ripe old age of 27. Because of this, the rights of the child are not to be infringed until they are of sound mind to make the decision for themselves to involve themselves in the pornographic industry.

So far: every one of the populist programs is totally consistent with the libertarian position. But all real-world politics is coalition politics, and there are other areas where libertarians might well compromise with their paleo or traditionalist or other partners in a populist coalition. For example, on family values, take such vexed problems as pornography, prostitution, and abortion. Here, pro-legalization and pro-choice libertarians should be willing to compromise on a decentralist stance; that is, to end the tyranny of the federal courts, and to leave these problems up to the states and better yet, localities and neighborhoods, that is, to "community standards." (the Irrepressible Rothbard - Page 42 1st paragraph)