Why I Believe in Capitalism - 9 Reasons and their Explanations 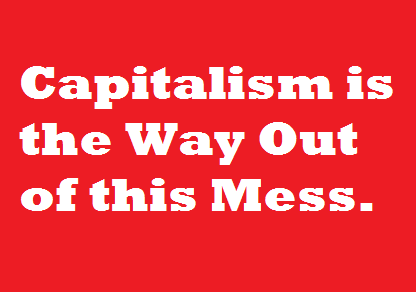 Why I Believe in Capitalism - 9 Reasons and their Explanations published by The 1st Amender
Writer Rating: 3.0000
Posted on 2019-02-20
Writer Description: Loves to blog and debate
This writer has written 206 articles.

I'm just a simple blogger. I've derived myself to these conclusions by reading the work of people who are much more intelligent than I. I have read and understood that throughout history, countless times over and over, Capitalism has provided so much to the promotion of humanity and socialism (both vanguard and modern) has lost on almost every front. I wanted to point out the various thoughts I have for "why" I believe in capitalism as a thought.

I understand my blog can be a bit dogmatic. I want people to know and spread the message that it's not uncool to like capitalism. I lay the thoughts that, while capitalism receives a bad rap, mostly from those who simply believe heavily in their fanciful world of "sharing is caring." That altruism is inherently the way. In my opinion, it is the exact opposite of quality of life improvements, and therefore happiness, for everyone.