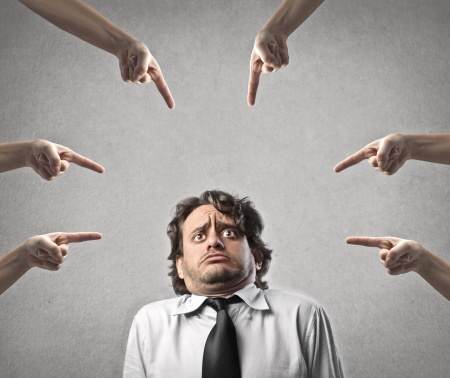 The Art of the Victim Complex -- People's Desire to not Take Responsibility in their Own Hands published by The 1st Amender
Writer Rating: 3.0000
Posted on 2019-02-23
Writer Description: Loves to blog and debate
This writer has written 205 articles.

The idea of being the victim can be an attractive offer. You can get free attention. You can allow people to sympathize with you. You can also avoid responsibility in some sense as well. Meaning you don't have to assume that you can do just as good as the person next to you. People will sometimes attach themselves into being a victim, not because they are actually victims, but because they wish to be seen as the martyr. That somehow they can seek out suffering or persecution because it either feeds a psychological need or a desire to avoid responsibility. I talk of course, in psychological terms, the Martyr Complex.

It can be a form of masochism. Described as one of several patterns of "pain/suffering seeking behavior." This is prevalent in those who would consider the newest information regarding  Jussie Smollett. Unfortunately for Jussie Smollett, he had received the attention he was looking to receive in the opposite manner. On January 22, 2019, Smollett received a threatening letter which depicted a stick figure hanging from a tree with a gun pointing towards it. It read "Smollett, Jussie you will die" and "MAGA" and contained white powder determined to be Tylenol. On January 29, 2019, Smollett said that he was attacked in the early morning of that day in the 300 block of East Lower North Water Street in Chicago's Streeterville neighborhood, in what was initially investigated as a hate crime. Unnamed police sources later alleged Smollett orchestrated the attack.

There are further stories that talked an additional assault had happened, but this is beside the point. This article isn't about Smollett alone. To bring home my point about victims is not a new concept. This is something that has existed for thousands of years. Take the story of Cain and Abel for example. Without getting too much into the details of the story, it does have a point, I want to at least give the story in a cliff-noted version.

The story of Cain and Abel is about the first two sons of Adam and Eve. Cain, the first born, was a farmer, and his brother Abel was a shepherd. The brothers would both make sacrifices to God, each of them with his own produce, but God for some reason favored Abel's sacrifices instead of Cain's. Cain would look at Abel and realize that the blessings being received were unjust. Unfair and would look at Cain with jealousy. So Cain would commit the first murder unto his brother. Hating his brother for receiving such blessings when he would not.

The story goes on to talk about what happened with Cain, and his punishment from God for killing her brother. You don't have to be religious to appreciate the lesson in this book. That one might derive themselves into true evil if they were to just receive less, or feel like they are mistreated, or perhaps believe that they are deserving of more. Regardless of intent or cause, the story is the same. The jealousy of one human over another human. "Why does he have what I don't have?" is the jist of the story. And therein lies the atrocity of the victim complex. Nothing is fair in life, nothing can be fair in life. There is no equality of outcome. To attempt equality of outcome is effectively the entire story of Cain and Abel sandwiched in a horrific "plight of humanity" sandwich.

The answer to oppression is not to look at your brother with disdain, to dislike and feel: "Why does he have what I do not have?" but to take responsibility to your own hands. That sometimes, life isn't fair. And to make it fair, you must prove yourself worthy internally and externally. This is a door that is there for everyone, but it is up to them to whether they wish to grovel on the floor and writhe or get up and step through that door to happiness, prosperity, and true fulfillment.