I'm Tired of Dealing with Nazis 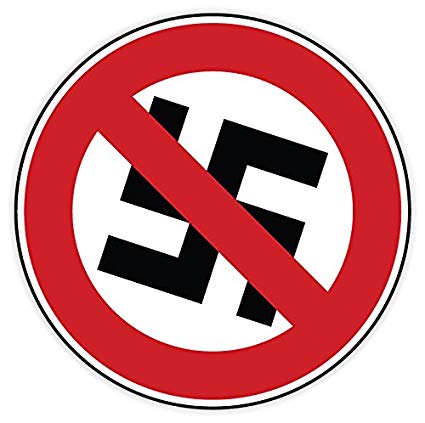 I'm Tired of Dealing with Nazis published by The 1st Amender
Writer Rating: 2.0000
Posted on 2019-06-11
Writer Description: Changing the way people think about news.
This writer has written 203 articles.

I know when you look at this article you are probably thinking: "This must be some dumb SJW who is false-flagging some right-wing person." No. No. That is not what I'm referring to. I understand people tend to pair up actual full blown Nazis to that of a right wing conservative or Donald Trump. They just aren't the same thing. When I see a Nazi. I refer to people like I would find on neinchan.com. People who effectively with their own mouth say: "I think we need to get rid of our country's 'invaders' and deport/kill them in any means necessary to have a better life."

Statements such as: "I am not speaking ideologies here. We're giving you FACTS." ~Statement by one of the Nazis on neinchan.

"A person from Zimbabwe has no place in a place like Sweden because they are genetically incapable of handling such climates."

"People should stay within their own country. Ideology is shit. We're talking FACTS HERE."

As I tried speaking to them, one on one (Well, more like one on five, me being the one) they would constantly interrupt any time I would have a statement or rebuttal. Throwing in as much as 3 words in just to be interrupted with a "Well actually" or "Jews this" or "Jews that".

I am all for the idea that people have a right to speak their mind. Even if the ideology (sorry Nazis. Your ideology is just that. An ideology) itself is destructive. I want people to see their ideology and look at it with whatever it is. People who effectively wish to build their civilization on the bones of men, women, and children. It was thoroughly understood by John Locke and many other philosophers that a more conducive quality of life can be conceived provided there is an abject "tolerance" of your brethren. Despite how destructive you "think" they might be.

This is why I consider the highest form of political understanding is not "intolerance" but full-blown "tolerance".  This means:

Listen. I cannot stand Nazis. Listening to their insufferable race superiority complex cringes me to the point of actual audible laughter. Listening to destructive people, how they would willingly burn their country to the ground in order to preserve what they consider to be "a better world." Regardless, I tread on. And as of writing this article, the disgusting neinchan.com is down with a nasty 503 error, most likely due to legal issues.