Discourse Happens When There is Wealth Inequality - Or More Accurately: Power Inequality 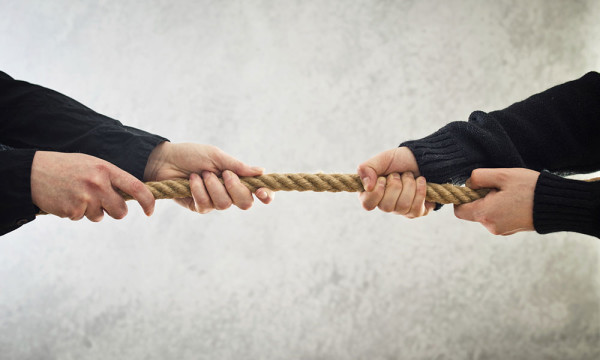 Discourse Happens When There is Wealth Inequality - Or More Accurately: Power Inequality published by The 1st Amender
Writer Rating: 2.0000
Posted on 2019-07-13
Writer Description: Changing the way people think about news.
This writer has written 203 articles.

Power — In the sense of a political or social authority or control, especially exercised by a government or corporation — is what causes people to become violent. How? People who are effectively on the lowest end of the power struggle — the poorest, the weakest, or those that just feel inept, have an intense desire to improve their lives. This is true especially for men due to their natural built testosterone. With it contains a subconscious desire to provide, or to attract the other sex from a primordial standpoint. When men lack power, they find that the system itself is against them. This results in men themselves pushing further and further into a fight or flight mode which drives them to direct violence against establishment.

The establishment itself can be one of many things. It could be economic, or corporate; it could be governmental as well. But that the power struggle is tangibly there to cause men to become irrational in trying to establish some level of power for them.  Because of this, commonly in the economic scale, people refer to "wealth inequality" as being a genuine problem. Understanding that men themselves wish to gain some level of power to attract others to them, this creates friction in society. It creates violence, and creates a destabilized inequitable world. Though the same exact argument can be made with government as well.

If government would revoke right for a man to establish power when they are in a low point — they most certainly could create violent individuals that find the system itself is against them. This causes the man to become enraged and physically attack or lash out against others, which in turn reduces overall quality of life in society. It turns an otherwise reasonable human being who would be productive in society into a sociopathic self-destructive nihilist.

The question can be then: "What can we do about the power struggle?" This is a complicated question that deserves multiple articles alone to address this one question. But to put it as simply as I can, you simply provide the man with as much physical freedom as possible with as little barrier as possible (within reason) to climb up the economic ladder. There are many ladders and barriers in the way that deter a man or causes a man to be destroyed by either government or corporation. Many of these ladders can honestly be dismantled, not only for men, but for women as well to increase overall economic prosperity.

This is representative of a quote I like to utter: "The man who labors to create the statue is much more valuable to society than the man in a cage." This holds true in that, in order to make a more equitable society, a society where people are provided the tools needed to succeed, it is absolutely required that power of government and corporation cannot supersede the inalienable rights of individuals. I can quantify this not only from distress that exists from the left and right, but that people are generally happier when they possess the tools needed to succeed in life. Mind you, I don't mean to provide people at a lowest common denominator, bearing people into bare subsistence; I merely mean to give people as much freedom as possible from the beginning to allow prosperity. There can be a long list of items to determine what are these axioms of power that must be dismantled? What exactly must be removed in order to give people a higher quality of life, giving more power to individuals, and less to a collective mass of government or corporation? Here I can give a few here, but most certainly would not be a complete list:

All in all, a corporation can be corrupt and so can a government. At least with corporation, they are usually punished heavily in the event they mismanage something. Though with government, if they have done something wrong, it is simply because they haven't gotten enough funding to fix the problem. But on that tangential remark, the largest issue to the excess of violence created in modern countries is due to power struggle — and to fight against it effectively does create a more just, equitable, and successful society.