The Art of Resisting Taxation 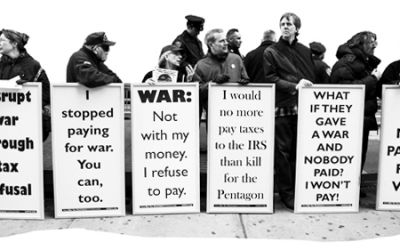 The Art of Resisting Taxation published by The 1st Amender
Writer Rating: 2.8065
Posted on 2019-07-19
Writer Description: Changing the way people think about news.
This writer has written 198 articles.

It was through the American Revolution against the nefarious Tories party that would fight representing the crown. It required many, not just individuals fervent in their beliefs, but simply vox populi. Vox populi: the opinions and belief of the majority. For ultimately, it required the majority to destroy the political coercion that would exist by means of the state. For what was the "Stamp Act" but simply a physical coercion of the body to be revoked by the very reduction of the natural right of property?

Indeed, when fundamental constitutionalists understood, the only way to resist against tyranny, is to defend oneself against it. Tyranny of course, would destroy the body of man, the property of man, and the liberty of man. People are unable to perform resistance against tyranny if they are alone in their fervor or interest. It then, must be required, to assimilate and fight against the very tyranny that would destroy the very body of individuals. That to resist government, or tyranny itself, one must understand to bring other people into a vox populi understanding that government and yet, no man, has a right to destroy the very body or property of individuals from a fundamental level.

How do you resist taxation? You fight against tyranny, and if your neighbor falls victim to tyranny, you fight. You fight to bring life, liberty, and property to be something that is not granted to you by government, but by mere natural right alone which is quantified and verified not only by God for theist, but by human reason for anti-theist.