Common fallacies in the gun debate 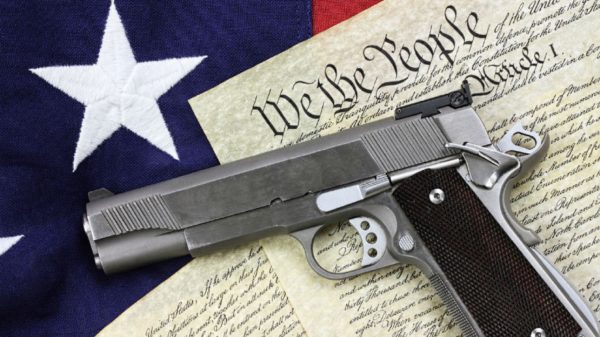 Common fallacies in the gun debate published by The 1st Amender
Writer Rating: 3.0000
Posted on 2019-08-24
Writer Description: Changing the way people think about news.
This writer has written 203 articles.

Many people have brought in many points on both sides of the gun control debate. Additionally many of these viewpoints are drastically flawed, both for and against gun control. As a seeker of truth, I try to find truths that would contradict or would falsify my statements for a seek of higher knowledge. To find this higher knowledge, I often like to read the arguments that are made for and against a topic, whether they go for or against my own personal belief, that we come to an overall consensus hopefully worthy of your time to read. Some of the common debates for gun control, but are ultimately rendered useless due to logical fallacies are as follows:

Do not fret if you believe I am pro-gun rights. The reality is, I am pro truth. If someone would come to me with statements of truth, I must cast aside my understanding of how things are to be, and simply modify them or improve on what I have learned so far. This includes statements that are "pro-gun" rights yet provide little to no substance.

Understanding our culture of the United States, or rather, that we ultimately protect inalienable rights, I have provided my argument of gun rights. The first premise is that you have a right to your body. Why? Because a king, a ruler, a despot, a boss, a president, does not own you. We consider the fact of slavery to be wrong, nobody can effectively own your body. This was the main argument against slavery in the 18th century by fundamental Liberals of the time, and continued to be a festering wound on the United States even today. Ultimately, you own your body. So, being that you own your body, that comes into the argument what you can and cannot do with your body. One thing you can do with your body is labor. But being that you express energy into your body and exert it with the abilities of your mind, do you not then own your own labor? The matter of fact is, you do own your own labor. You can even sell your labor to whoever it is you please if it so be your wishes. Because in order to own your body, how can you not own your own labor?

Given that you have a right to own your own body and therefore labor, who is it to say that you would not in theory claim ownership to property itself? Now I don't inherently mean just land, but could also own into object as well. Just as I cannot come to stealing someone's purse for my well-being, as I do not own their property. The inalienable right to property is just as important, if not paramount, to ownership of body. How can one possess the basic ability to take care of their body, pamper, or rise up from the muck of poverty if everything can be stolen at the flick of wrist? Of course then, it must be so, regardless of government's decrees, you must possess ownership of body, of liberty, and of property itself. Or what is otherwise known as the natural rights of man which supersede culture and doctrine itself with evolutionary, or natural rights.

Though with all that theoretical nonsense, how does that equate to ownership of guns? Of course, in order to defend your very inalienable rights from those who seek to unlawfully steal it from you, would you not in theory have a right to defend your very body with whatever tools necessary to defend yourself? What right does government have, or people have, to revoke that very ability? The basic ability to own your very body, liberty, and property?