Regarding Children's Rights ⁠— What Makes Some Things Okay Versus Not 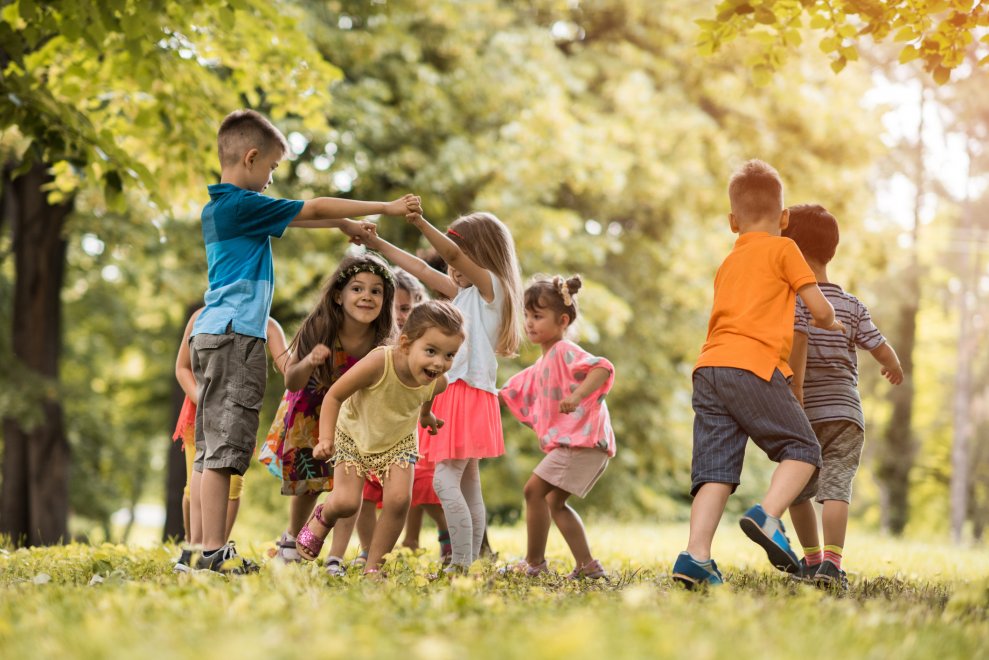 Regarding Children's Rights ⁠— What Makes Some Things Okay Versus Not published by The 1st Amender
Writer Rating: 2.0000
Posted on 2019-11-11
Writer Description: Changing the way people think about news.
This writer has written 203 articles.

From a societal standpoint we look at children as something to protect. While holding this belief, we also hold a pretty strong standpoint of independence and self-reliance for children at times as well.  Thinking about the subject can get rather complicated. For example, at what point is a child's rights to not be infringed, and at what point does it become okay in the eyes of society? We can think of many moral implications that this brings to society as a whole if we consider children. Children are often a stepping stone, or even a pillar of morality in society. We can often look at another society, and by the way they treat their children, often correlate and compare their moral compass to ours. Yet what is to say is moral versus immoral on a child? How can someone make this distinction given that each child and parents could be quite different from one another? What is to say a certain set of morals and character works on a single individual as opposed to multiple or the entirety of children?  In this article, I aim to give an understanding at what point the rights of a child ends and begins in a clear context most can follow.

When you are given a deal to work out in your mind, often times there exist certain terms and conditions that must be met. For example, if you want something as simple as ice cream. You want the ice cream, so the ice cream man explains it will cost you $4.00 for a single cone of ice cream, or $6.00 for a double scoop. You of course weigh your options personally. You think about the price, how you have to carry around an ice cream, the temperature of your surroundings hoping that it is hot enough, and come to a conclusion of wanting or not wanting the ice cream. From there, you consent to the individual of wanting that ice cream. You consent of course because you understand the consequence of your actions. In instances when a child wants ice cream and is not accompanied by an adult, it could be very often the ice cream man might say: "Where are your parents?" or even give the ice cream after they have  seen money in the child's hand.

Purchasing ice cream has relatively little consequence for such consent. Of course, nobody would bat an eye at a child who wants ice cream and happens to be alone. This is an interesting corollary when you include something that may indicate much higher consequence for a transaction. A perfect example of this would be a loan. Obviously, a child cannot simply walk into a bank and request a loan. No bank would ever allow this to happen and would require a parent's consent. Because of this, it is safe to assume that a child's right to consent is very limited, often far more than that of an adult. But why?

We can think in our minds quite easily that the adult will generally understand consequence far better than that of a child. In fact, the main portion of the brain that is able to understand future events unfolding based on a series of variables happen to be the prefrontal cortex, which isn't even fully developed until your mid 20s. (Study here) However, you could probably come up with a good argument saying that a prefrontal cortex is developed enough at 18, and even some cultures go even farther into 16. Yet the concept still remains the same:

If someone is to enter into a contract, they must understand the terms and conditions to meet the contract, otherwise that contract is null and void.  You cannot force an individual into a contract by drugging them and expect the transaction to hold up in court. They could not cognitively possess the requirements to meet a contract, and this is the same realization of consent to children. While they can enter into relatively low risk contracts, such as buying ice cream, most contracts are completely disallowed without parental consent until the child has sufficiently developed enough.

While a  child possesses extreme limitation to consent, they possess 100% of their bodily autonomy. This means, no matter who the guardian or parent is, they cannot assume ownership of their body or decrease their autonomy in any way. However, from a  societal standpoint, if the parent intends to enhance the autonomy of the child, it is regarded as morally justifiable.

Lets say you have to take your child to the dentist. They do not want to go to the dentist.  So they will kick and scream and cry the entire ride there. You even physically dragged the child into the dentist where the dentist sedates the child in a rage and then the minor surgery for a cavity is removed. Why is there no outrage if we forced the child every step of the way? Why is  there no news station pointing fingers at how terrible this parent is to make their child go somewhere that they don't want to? This is because the parent is increasing the bodily autonomy of the child.

The child, unknown to themselves, is unaware of the importance of dental hygiene. The parent knows because they understood in order to get a decent job, they must look presentable. This includes taking care of your own teeth. So a parent takes their child to the dentist despite all other guidance from the child, effectively doing what some would consider: revoking the child's autonomy by forcing them. Yet it isn't necessarily.  Instead, it is enhancing their autonomy as it will help them in the future. Societally and from the individuals standpoint outputs to a net positive in their bodily autonomy.

But lets say the parent wanted to test the bumper in their car and the only way the parent could think to do so was to use their child and see how much their child was hurt. The child is ordered, even forced to stand in front of the car while the parent carelessly would drive against their child. We would consider this morally detestable of course. Why is that? Because, it destroys their bodily autonomy and also degrades it. This diminishing of autonomy is when people find morally corrupt.

Based on the concepts of bodily autonomy and consent, it becomes clear as ever where the rights of children lie. It is not something to effectively be granted or revoked by government, but ultimately, the community that people are a part of. Often times among Libertarian minded thinkers, I have onlookers that ask about the rights of children. I have even heard those of my kind saying: "If a child consents, then it's okay." which unfortunately, as stated above, is a fundamentally flawed notion that must be looked at with a far more complex understanding of the world around us.