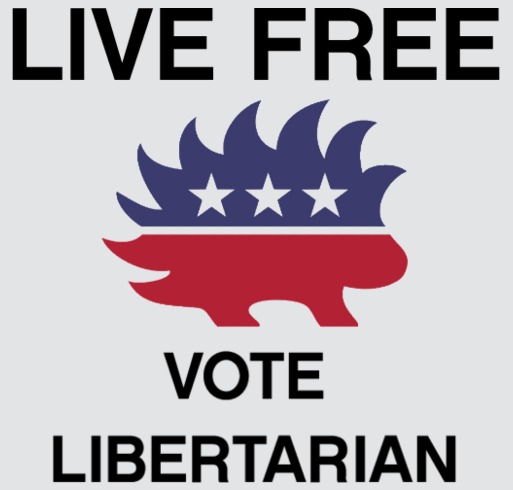 As a Libertarian myself, I want to do everything I can to help spread Liberty. I joined my local county Libertarian party, we promote and push for Libertarian ideology. We go out there and hand out pamphlets, we run for non-elected seats in our county to ensure funding goes back to people (yes this has worked), etc. I start to realize as I speak with more and more people on why people "don't" vote Libertarian. I've gotten a myriad of answers, but here are some of the most common.

On 1 and 2 just requires a little bit of education to get them to see that the ideas are sound. As for the 3rd and 4th one, people have a very hard time getting behind and I think this is somewhat at our own fault for associating ourselves with the most staunch, purest, Libertarians around: Anarcho-capitalists. I agree mostly with what anarcho-capitalists believe in but it seems to me to be an internal pipe dream which will never be reached. Even Murray Rothbard had difficulty bringing up history of anarcho-capitalist societies without having to go back to Pennsylvania in 1740 in his book series: Conceived in Liberty. (Read all 4 damn volumes. Only one example of a pure ancap society)

When I understood the anarcho-capitalist Rothbardian philosophy, it made me start to think that people who are anti-Libertarian use this against us. They will say things like: "You are anti government education" which is factually true! So you could be an anarcho-capitalist which is an ideology hardly anyone can swallow; As a potentially better option, more moderate and understand that there can be some nuance, or grey area to ideology itself. A perfect Libertarian in my eyes would have been someone more like Milton Friedman.

Milton Friedman is someone who understands the concepts of market failures, and wouldn't ditch an entire government structure just to preserve this concept of a "perfect autonomy where no aggression can happen at all" but knows that you needed to have a certain level of government for people to even swallow the ideology, or think about it seriously. Not only would Libertarianism be taken more seriously, but it would allow for certain instances of market failures to be minimized with power of government, albeit a very tiny form of government compared to the gargantuan nightmare it is today.

I think if we have a moderate approach to Libertarianism instead of an extreme approach we can look far more palpable to the average person without having them learn about economic principle and Rothbardian mental gymnastics.

TL;DR: Moderate Libertarianism is more palpable than ancap. We should learn to be more moderate so the masses can accept us as the first third party to rise above Democrats and Republicans.