Aspartame Not Bad For You! 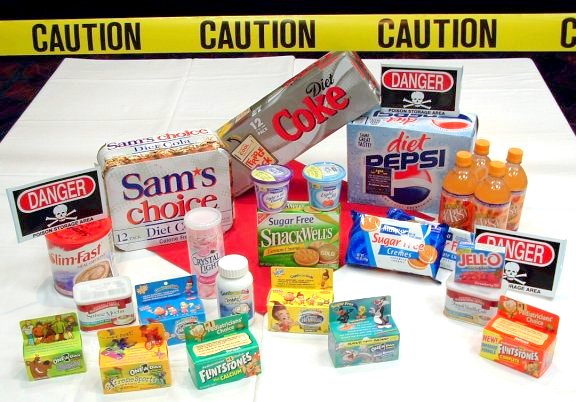 Aspartame Not Bad For You! published by The 1st Amender
Writer Rating: 3.0000
Posted on 2016-02-16
Writer Description: Loves to blog and debate
This writer has written 205 articles.

According to the American Cancer Society, aspartame is not known to create cancer or any tumor of any kind through many different studies.  Verbatim off of their website containing the concerns for aspartame:

Does aspartame cause cancer?

Researchers use 2 main types of studies to try to determine if a substance or exposure causes cancer. (A substance that causes cancer or helps cancer grow is called a carcinogen.)

In studies done in the lab, animals are exposed to a substance (often in very large doses) to see if it causes tumors or other health problems. It's not always clear if the results from these types of studies will apply to humans, but lab studies are the best way to find out if a substance has the potential to cause cancer in humans before widespread exposure occurs.

Another type of study looks at cancer rates in different groups of people. Such a study might compare the cancer rate in a group exposed to a substance versus the rate in a group not exposed to it, or compare it to what the expected cancer rate would be in the general population. But studies in people can sometimes be hard to interpret, because there may be other factors affecting the results that are hard to account for.

In most cases neither type of study provides definitive evidence on its own, so researchers usually look at both lab-based and human studies if they are available.

Studies done in the lab

Many studies have looked for health effects in lab animals fed aspartame, often in doses higher than 4,000 mg/kg per day over their lifetimes. These studies have not found any health problems that are consistently linked with aspartame.

Two studies published by a group of Italian researchers suggested that very high doses of aspartame might increase the risk of some blood-related cancers (leukemias and lymphomas) in rats. However, both the FDA and the EFSA have called these results into question, citing a lack of some important data in the published studies and other concerns.

Most studies in people have not found that aspartame use is linked to an increased risk of cancer.

One early study suggested that an increased rate of brain tumors in the US during the 1980s might have been related to aspartame use. However, according to the National Cancer Institute (NCI), the increase in brain tumor rates actually began back in the early 1970s, well before aspartame was in use. And most of the increase was seen in people age 70 and older, a group that was not exposed to the highest doses of aspartame, which might also make this link less likely. Other studies have not found an increase in brain tumors related to aspartame use.

In the largest study of this issue, researchers from the NCI looked at cancer rates in more than 500,000 older adults. The study found that, compared to people who did not drink aspartame-containing beverages, those who did drink them did not have an increased risk of lymphomas, leukemias, or brain tumors.

Expert agencies in the United States and elsewhere that have evaluated aspartame have found it safe for use.

The Food and Drug Administration (FDA) regulates the use of aspartame and other artificial sweeteners in the United States. In 2007, the FDA stated:

Considering results from the large number of studies on aspartame's safety, including five previously conducted negative chronic carcinogenicity studies, a recently reported large epidemiology study with negative associations between the use of aspartame and the occurrence of tumors, and negative findings from a series of three transgenic mouse assays, FDA finds no reason to alter its previous conclusion that aspartame is safe as a general purpose sweetener in food.

The European Food Safety Authority (EFSA) assesses the safety of sweeteners such as aspartame in the European Union. According to a 2009 report from its Panel on Food Additives and Nutrient Sources Added to Food:

Overall, the Panel concluded, on the basis of all the evidence currently available… that there is no indication of any genotoxic or carcinogenic potential of aspartame and that there is no reason to revise the previously established ADI for aspartame of 40 mg/kg [body weight].

Though research into a possible link between aspartame and cancer continues, these agencies agree that studies done so far have not found such a link.

Does aspartame cause any other health problems?

Complaints of various health issues have circulated since aspartame first appeared on the market in the 1980s. But for most people, no health problems have clearly been linked to aspartame use.