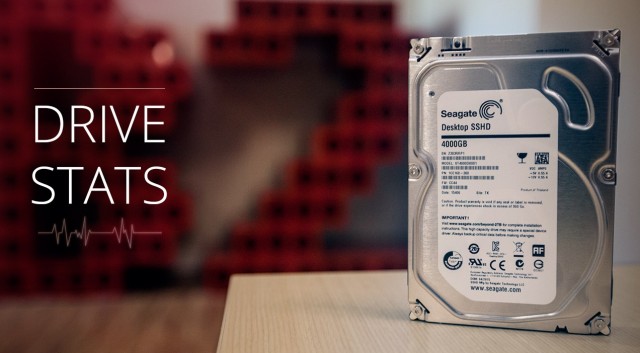 Backblaze has released its reliability report for Q1 2016 covering cumulative failure rates both by specific model numbers and by manufacturer. The company noted that as of this quarter, its 61,590 drives have cumulatively spun for over one billion hours (that’s 42 million days or 114,155 years, for those of you playing along at home).

Backblaze’s reports on drive lifespan and failure rates are a rare peek into hard drive longevity and lifespan. One of the most common questions from readers is which hard drives are the most reliable. It’s also one of the most difficult to answer. Companies do not release failure data and the handful of studies on the topic typically cloak vendor names and model numbers. As always, I recommend taking this data with a grain of salt: Backblaze uses consumer drives in a demanding enterprise environment and while the company has refined its storage pod design to minimize drive vibration, the average Backblaze hard drive does far more work in a day than a consumer HDD sitting in an external chassis.

For those of you wondering if drive vibration actually matters, here’s a video of someone stopping a drive array by yelling at it. The discrepancy between the 61,590 drives Backblaze deploys and the 61,523 drives listed in this chart is that the company doesn’t show data unless it has at least 45 drives. That seems an acceptable threshold given the relatively small gap. Backblaze also notes that the 8.63% failure rate on the Toshiba 3TB is misleadingly high — the company has just 45 of those drives, and one of them happened to fail.

Here’s the same data broken down by manufacturer. This chart combines all drive data, regardless of size, for the past three years. HGST is the clear leader here, with an annual failure rate of just 1% for three years running. Seagate comes out the worst, though we suspect much of that rating was warped by the company’s crash-happy 3TB drive. Backblaze prominently pulled the 3TB drives from service just over a year ago, and Seagate’s drive failure rate fell precipitously as a result. Western Digital now holds that dubious honor, though the company’s ratings have also improved in the past year.

Asked why it sources the vast majority of its drives from HGST or Seagate, Backblaze reported that it has little choice:

These days we need to purchase drives in reasonably large quantities, 5,000 to 10,000 at a time. We do this to keep the unit cost down and so we can reliably forecast our drive cost into the future. For Toshiba we have not been able to find their drives in sufficient quantities at a reasonable price. For WDC, we sometimes get offered a good price for the quantities we need, but before the deal gets done something goes sideways and the deal doesn’t happen. This has happened to us multiple times, as recently as last month. We would be happy to buy more drives from Toshiba and WDC, if we could, until then we’ll continue to buy our drives from Seagate and HGST.

The company notes that 4TB drives continue to be the sweet spot for building out its storage pods, but that it might move to 6, 8, or 10TB drives as the price on the hardware comes down. Overall it’s an interesting look at a topic we rarely get to explore.