Between The Left & Right - The Authoritarian Evils of Both Parties 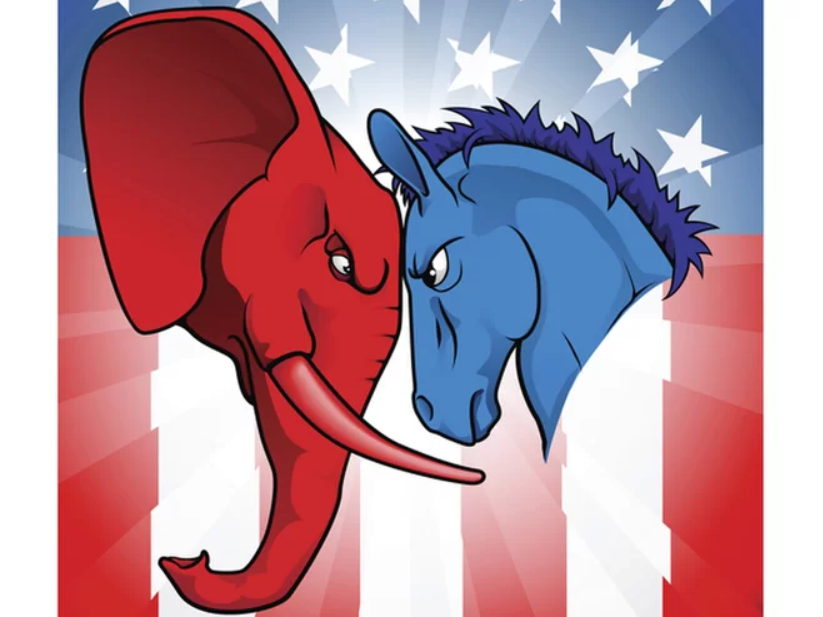 Between The Left & Right - The Authoritarian Evils of Both Parties published by The 1st Amender
Writer Rating: 3.0000
Posted on 2018-12-07
Writer Description: Loves to blog and debate
This writer has written 205 articles.

The battle between the left and right is a detailed and long history, some of which is steeped in a more nuanced standard of ethics and policy that make it more challenging to understand. Yet at the same time, can be summed up with a series of bullet points without getting into the details too heavily. Though with that being said, the United States and their Democrat vs. Republican debates have seemed a bit shallow to me over the years. Something that requires some rethinking in order to stay relevant in society.

I don't consider myself to be a pessimistic person. I am highly optimistic when it comes to the future of our country, but only in the event people are willing to fight for what our founding fathers have pushed. Sometime along the way, you had both Democrats and Republicans take on a more authoritarian stance on many different subjects. Both of which are guilty of the authoritarian collectivism that is subsidized into different sectors. Without further ado, I will present the authoritarian presence of both political parties, and why both of them are wrong when taking these stances.

This comes as a deeply concerning doctrine on both the left and right side promotion authoritarian stances even though they are wrong. Collectivism, in my opinion, is wrong. To collectivize people without favoring the individual is to create the same exact atmosphere that caused the deaths of millions throughout the 20th century. This happened for Nazis and for Socialists. Regardless of who you picked, the collectivist understanding of Jews and the collectivist understanding of the bourgeois have been and are confused at best.

They persecute a collective without considering the individual. It is unto the individual that you can promote true freedom to span generations. Our founding fathers knew this concept before any mass-murders occurred during the 20th century. In my opinion, I've gone full hardcore libertarian. The party of individual liberty. They believe in personal and economic freedom, keyword personal. They respect property rights for all citizens, where imminent domain exists as an authoritarian presence with the current government. We believe in equal treatment for all citizens regardless of race, creed, etc.

This is in direct contrast of collectivist racists/sexists who pair up a group of people and consider it as a single entity. It is unto this that you bring on the true evils of humanity. We believe in private giving to those in need. Not subsidized charities that are enforced by the government hand. We believe in a robust national defense, yet at the same time wish for a defense that is non-interventionist foreign policies. Privacy and civil liberties are a natural right, which with the power of the NSA, neither party has it in your interest to hold your privacy sacred. We also believe a support for choice in a market-based educational system, not the broken socialized public schooling that has been dropping quality of test scores since the 70s and we still don't know why. We trust our free citizens to manage their own life and maximize happiness.

With all that being said, I don't care if Libertarians are the losing party. I'm joining Libertarian. I'm voting Libertarian, because they're the only party that has your interest at heart. The battle between the left and right is pointless in that: they both are authoritarian collectivists. Once good parties that have driven into an accidentally evil intent. I wrote about why collectivism is evil in this article here.